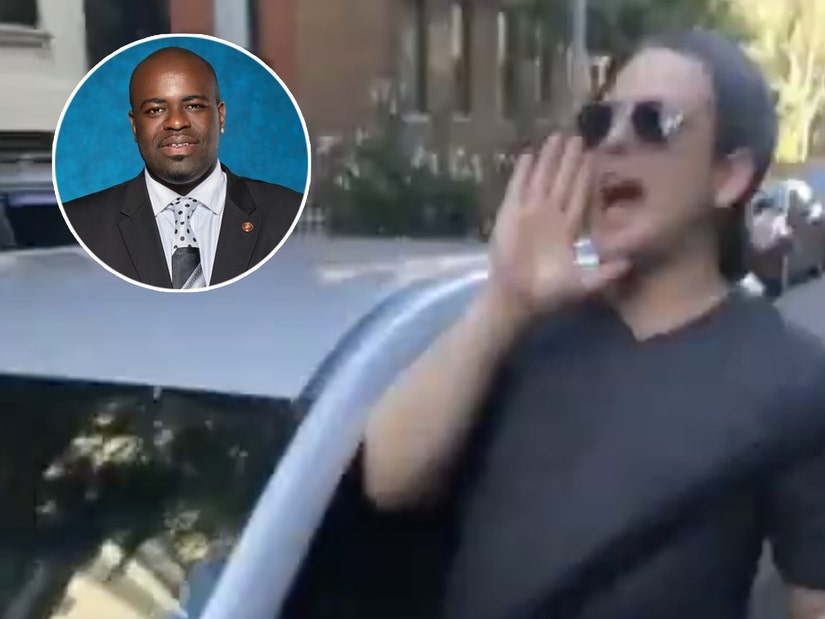 He hurls the n-word at a sanitation worker -- then attacks the witness who recorded it.

The President of Black Lives Matter Brooklyn has asked Twitter's help in tracking a racist down.

Anthony Beckford, who is running for a New York City 2021 Council Seat, shared a video of the disgraceful attack, which was recorded on the Upper East Side.

Although viewers cannot see who the first half of the attack is targeted against -- reportedly a sanitation worker who was temporarily blocking the road with his truck -- they could certainly hear it.

He then noticed the witness who was recording his behavior.

Racist on the Upper East Side. Find out who this racist person is and let us hold them accountable. This and any other act of racism will NOT be tolerated.

As City Council Member of #District45, I will be holding these racists accountable.https://t.co/41nCXEP0Fq pic.twitter.com/ariaOSFGF4

When the recorder -- somewhat sarcastically -- tells him "you're so fierce", he replies "I know I am, thank you! Are you gay too? No you're not? Well, you look like it."

He seems unperturbed by the man's threats to post the footage, telling him: "I'll get fans honey"; but his demeanor quickly changes, and he threatens: "Before I beat the shit out of you, get out of here."

He then jumps back out of the car, grabs the man's phone and smashes it off the ground.

A second witness, brought to her window by the commotion, also recorded the incident.

Beckford, a disabled US Marine Corps veteran and community advocate, called on Twitter to do its thing.

"Racist on the Upper East Side," he wrote. "Find out who this racist person is and let us hold them accountable. This and any other act of racism will NOT be tolerated.  As City Council Member of #District45, I will be holding these racists accountable."

He added: "this racist trash does not get a pass at all. Uses the n-word, then assaults the person video taping and destroys property."