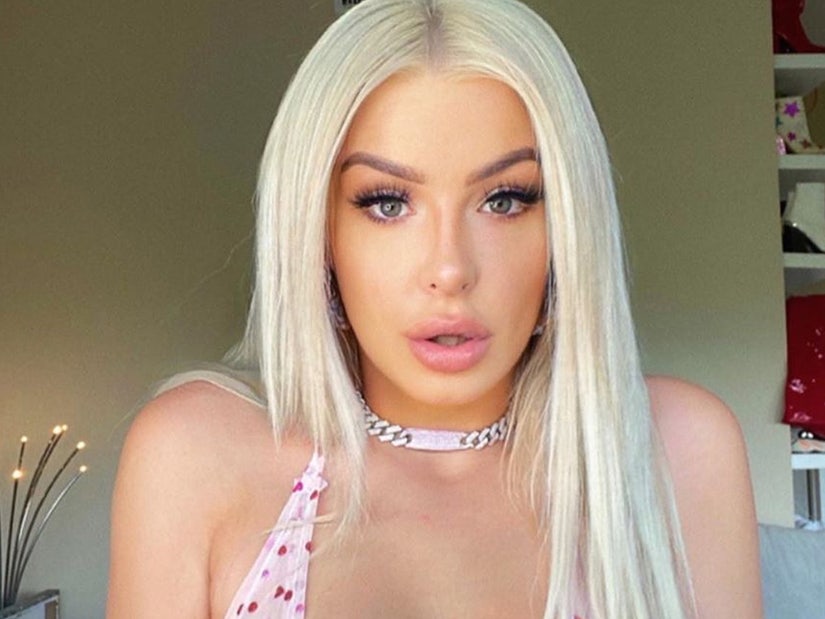 "Partying/going to any social gatherings during a global pandemic was such a careless and irresponsible action on my behalf."

Tana Mongeau issued an apology after receiving criticism for attending a party with no apparent social distancing and saying "we don’t f--king care" in a video amid the coronavirus pandemic.

After attending a July 21 party at the Hype House in Los Angeles, the 22-year-reacted to the online backlash by writing, "Partying/going to any social gatherings during a global pandemic was such a careless and irresponsible action on my behalf." 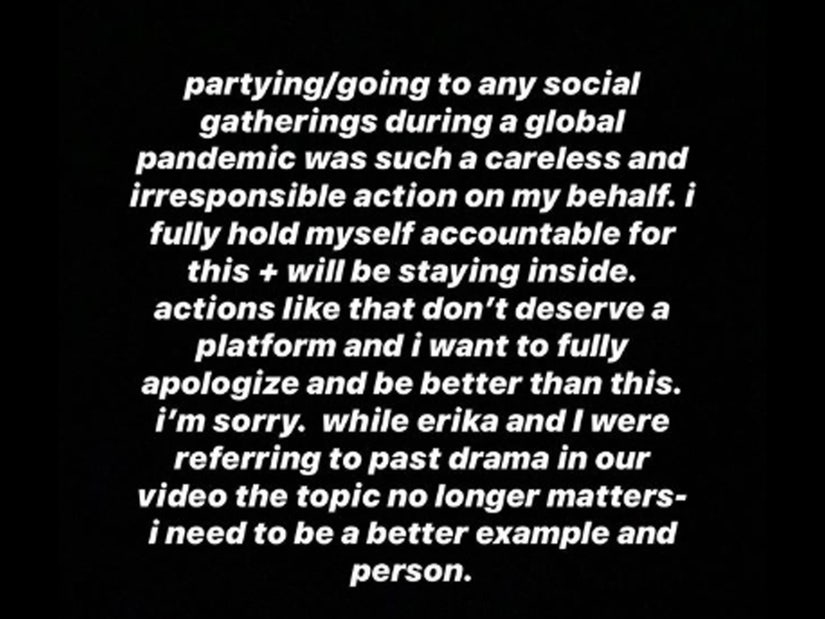 "I fully hold myself accountable for this + will be staying inside," she continued. "Actions like that don't deserve a platform and I want to fully apologize and be better than this."

In the video posted from the party you can hear Mongeau and YouTuber Erika Costell say, "Listen, we don’t f--king care" which led fans to believe that she was referring to social distancing guidelines.

However, Mongeau said that was taken out of context: "While Erika and I were referring to past drama in our video the topic no longer matters - I need to be a better example and person."

Tana Mongeau says “Listen, we don’t f**king care” in video where she and Erika Costell appear to be in house party. Tana went to 2 other COVID parties at Jake Paul’s house and Hype House. Notably, James Charles apologized yesterday for Hype House party. What are your thoughts? pic.twitter.com/mV4FX6H5Xg

Mongeau stressed that their comment was actually in reference to their "past drama" because both Mongeau and Costell previously dated Jake Paul.

Costell also issued an apology to her followers on Twitter where she said, "I understand that this came off as offensive during this time," she wrote.

"It was insensitive, careless, and stupid for me to even be at a party during this pandemic. I am truly sorry to anyone I let down or upset in any way & I fully take accountability for my actions." 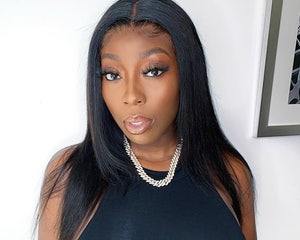 Meanwhile, YouTube star Tyler Oakley was not shy about his disapproval and put several internet personalities on blast over the weekend for "partying in large groups." Mongeau, James Charles and Nikita Dragun were among what Oakley termed "bad influencers."

"if your favorite influencers are at huge house parties during a pandemic (& are dumb enough to post it on social media)... they are bad influences. unfollow them," Oakley wrote.