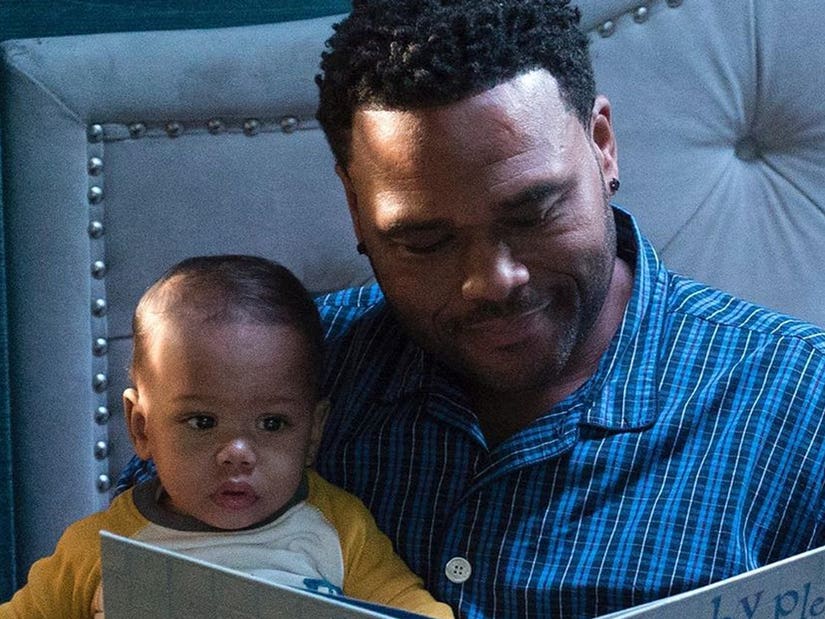 Now that fans have seen the 2018 episode that addressed Colin Kaepernick's protests -- among other topics -- it's hard to see why it was ever yanked.

Always with a pulse on the Black experience, it turns out "black-ish" may also have been a little too ahead of its time. An episode deemed too hot for TV in February 2018 looks positively prescient now.

ABC made a very last-minute decision when it decided to shelve the episode less than a week before air. It has never seen the light of day until now.

At issue was the episode taking a stand on the hot-button issue of the day, which saw the nation -- or at least part of it -- in an uproar over Colin Kapernick kneeling at the national anthem in protest of police brutality against Black Americans.

This was more than two years before George Floyd's death suddenly had everyone talking about this issue.

What this says is that this has always been an issue talked about in the Black community, but maybe ABC wasn't ready to have it be talked about on a national stage. If, that is, this was the issue at issue (the episode covered a lot of ground).

It's perhaps no surprise now that the missing episode -- whose censorship is a huge part of the reason creator Kenya Barris signed a lucrative deal with Netflix -- made its way into Hulu's archives of the popular ABC series on Monday.

The episode's streaming comes at Barris' renewed request to ABC that it finally be made available, describing it on Instagram as "22 minutes of television that I was, and still am, incredibly proud of."

It also resonates perhaps even louder today than it would have two years ago.

The Season 4 episode was all about Dre (Anthony Anderson) trying to lull his baby son back to sleep by talking about the world outside their window only to be interrupted again and again by the anxieties and fears of his family.

Perhaps the difference is that while Dre was expressing fears well known in the Black community, the white community was largely ignorant of them. Now, however, those very real and understandable fears have finally been put under a spotlight bright enough for all to see.

In the episode, Dre worries about how aggressive white pride -- which he defends as their right -- has been getting in Trump's America, citing Charlottesville, while his father argues that pride should come from overcoming adversity, which means white pride cannot be a thing.

Kaepernick's protest comes up in a discussion with Junior about his school banning kneeling at football games, with Dre detailing a history of Black athletes protesting from Muhammad Ali to Arthur Ashe and more.

Again, this was a hot-button issue two years ago, but this year, the NFL has reversed course and is in support of players protesting by kneeling at the anthem should they choose to do so -- Trump and many of his supporters are still not on board.

Speaking of Trump, the show didn't let up on the president one year into his term, with Dre telling the story of "The Shady King" and his rise to power, complete with adorable fairy tale animation.

Some outlets reported that it was the Trump-related content the network balked at in the same year the "Roseanne" revival was all the talk.

That's not even getting into talk of climate change and mass shootings. It was an episode packed with meaningful content relevant to its time ... and still now.

But Perhaps its most powerful legacy as it makes it to air finally in 2020 was how much it saw exactly where the country was going back in early 2018.