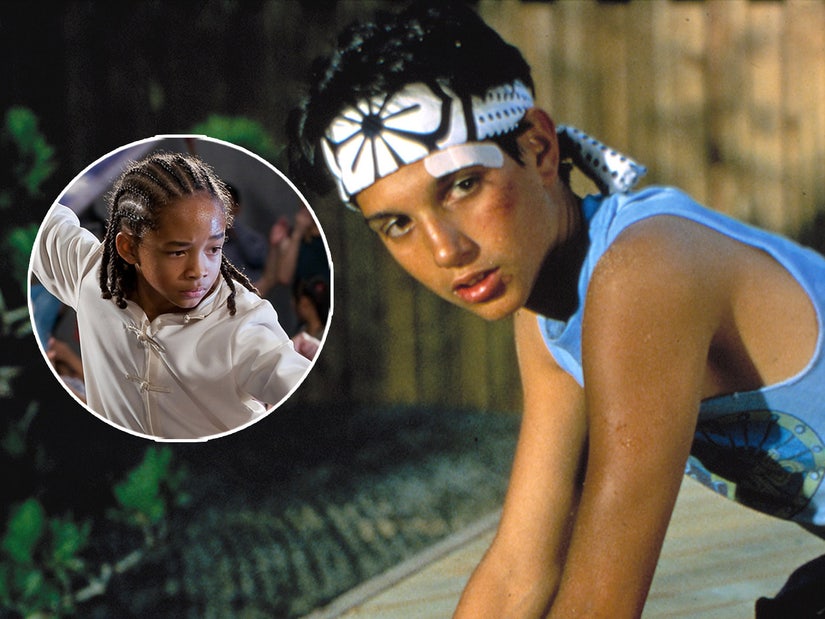 Ralph Macchio revealed the one gripe he had with Jaden Smith's reboot of "The Karate Kid."

Although Macchio shot to superstardom in the original, his grievance with the Will Smith-produced take has little to do with protecting the iconic 1984 blockbuster.

Instead, it's about the more recent flick's title coinciding with its location change.

In Macchio's version, his character Daniel LaRusso learns karate from Mr. Miyagi to defend himself from bullies in Los Angeles. Smith plays Dre in the reboot, where he travels to China to learn kung fu to battle an adversary.

"There’s no such thing as karate in China, so it should have been called 'The Kung Fu Kid,'" the 58-year-old actor told The Guardian.

However, he did praise the latest effort, saying, "It enhanced the legacy of the original."

Perhaps the gripe was mild as he has already had to pass the torch when Hilary Swank starred in "The Next Karate Kid" from 1994.

Whatever the case, Macchio is settling in nicely when he reclaimed the role for the series "Cobra Kai," which was just picked up by Netflix.

And although the new show has brought him back in the spotlight, Macchio told the news source he never really missed it, relishing the fact he preferred a low-profile lifestyle with his family over a huge movie career.

"If I'd been trying to grab that gold ring every chance, maybe I would have had more [jobs], but I couldn't get to them because I was watching a baseball game back in my home town," he explained. "I wasn't the biggest risk-taker, and I'm sure there were lost opportunities because of that. But also, maybe my caution helped me to stay grounded, so I'm at peace with the choices I made."