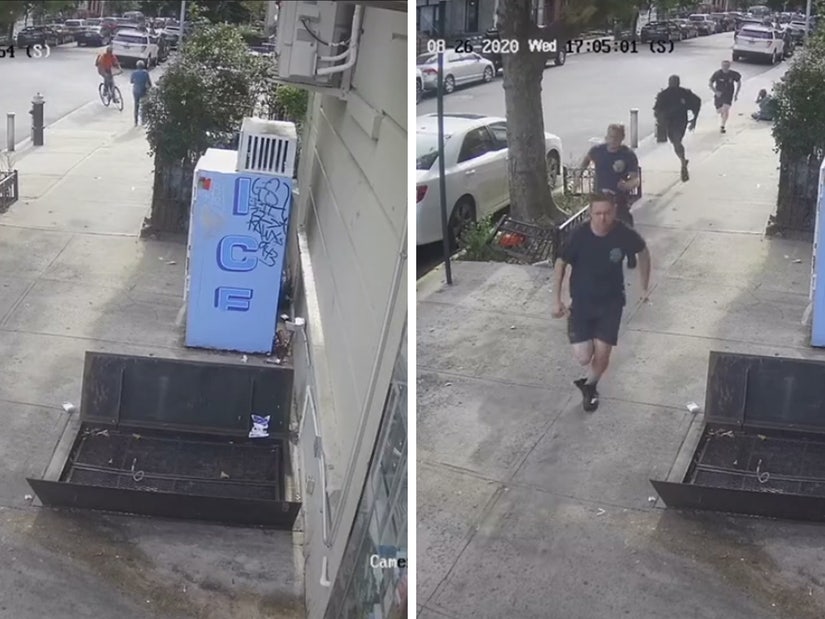 An opportunist picked an inopportune time to punch a woman in the face — right in front of four NY firefighters.

Shocking video shot on August 26 — but going viral now — shows a man on a bicycle cycling up to a 60-year-old woman on a Brooklyn pavement and flooring her with a blow to the head in an apparent random attack, before cycling away scot-free... or so he thought.

The incredible clip shows there were actually four witnesses to the attack: FDNY firefighters, who immediately burst out of a firehouse and set off sprinting after the attacker on foot.

A second CCTV vantage point around the corner shows the cyclist suffering a fateful split-second stumble on his bike, which is all the firefighters need to catch up with him.

He attempts to speed away but it is too late; the four are upon him, dragging him off the bike and tackling him to the ground, where he is restrained until police arrive to take him away.

According to police, he has 18 prior arrests, the most recent coming on August 2 when he allegedly slashed a 26-year-old man across the face. 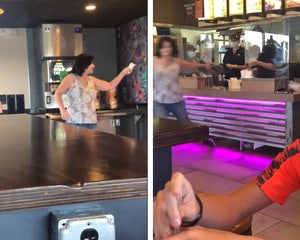 Officers said that while he was being restrained by the firefighters, he punched one of them in the eye, causing bruising and swelling.

The 60-year-old victim said she did not know her attacker, and the assault appears to be random.

She suffered a cut mouth, but refused medical attention at the scene.