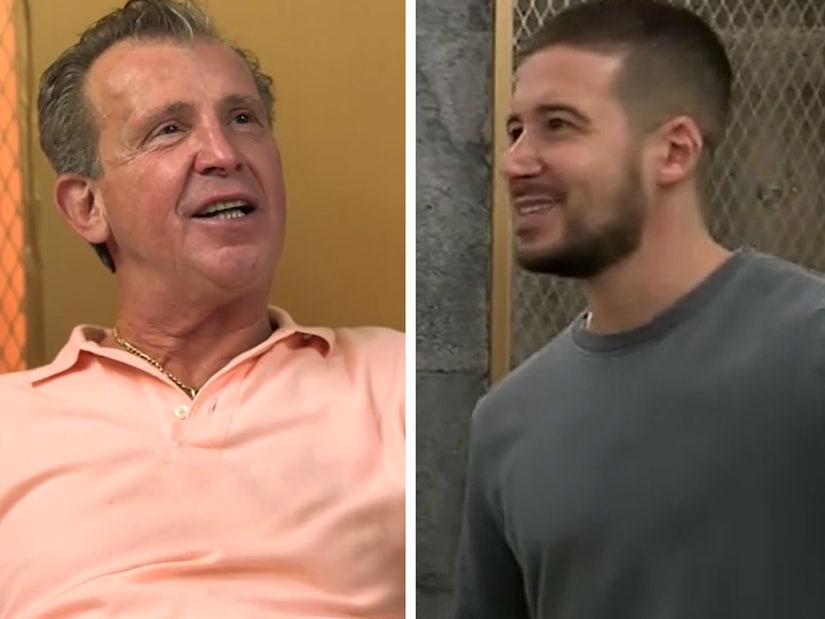 "Just in case," Uncle Nino says. "There's more than one if things don't work out the first date."

Vinny Guadagnino gets a huge surprise and some unsolicited advice from one of his favorite relatives, Uncle Nino, on the latest "Double Shot at Love."

In an exclusive sneak peek at Thursday's new episode, Vinny is expecting a delivery from pal Pauly D, but when he answers the door, he is greeted by the one and only "OG" -- aka "Original Guido" -- who captured fans' hearts in the first season of "Jersey Shore."

"You have to be kidding me," exclaims Vinny. "The package is actually Uncle Nino -- great."

The party of hopeful romantics hanging out in the hotel room begin introducing themselves to Uncle Vinnie before Vinny's ex, Maria, gives him a big hug.

"I already had the pleasure of meeting Uncle Nino and I think he's great" explains Maria in a confessional, adding, "I know he's crazy. And I'm just waiting to see what the crazy s--t that's going to come out of his mouth."

And it appears the arrival of the OG is exactly what the troops needed.

"There's lots of tension in the house right now," claims Brandon. "This is perfect. Uncle Nino can help everyone chill out and have a good time." 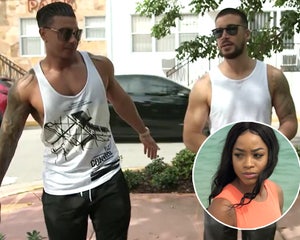 When Uncle Nino asks what the plans are for the evening, Vinny says he is taking Maria out for a date, which would be their first since the last season of "Double Shot of Love."

"Actually, it was one of the worst dates ever," confesses Maria. "But I'm hoping this would be a lot different.

As the gentlemen begin preparing a "cugine cuisine" of chicken parmesan and pasta for their special guest, Uncle Nino pulls Vinny aside for a chat before the big date.

"You going out with this Maria, you gotta be careful," Uncle Nino tells Vinnie.

In a confessional, Vinnie says, "Obviously I want my date with Maria to go well, but any advice that Uncle Nino gave me, I would do the complete opposite."

And with that, Uncle Nino pulls out condoms from his pocket and hands them to his nephew.

"Just in case," Uncle Nino says. "There's more than one if things don't work out the first date." 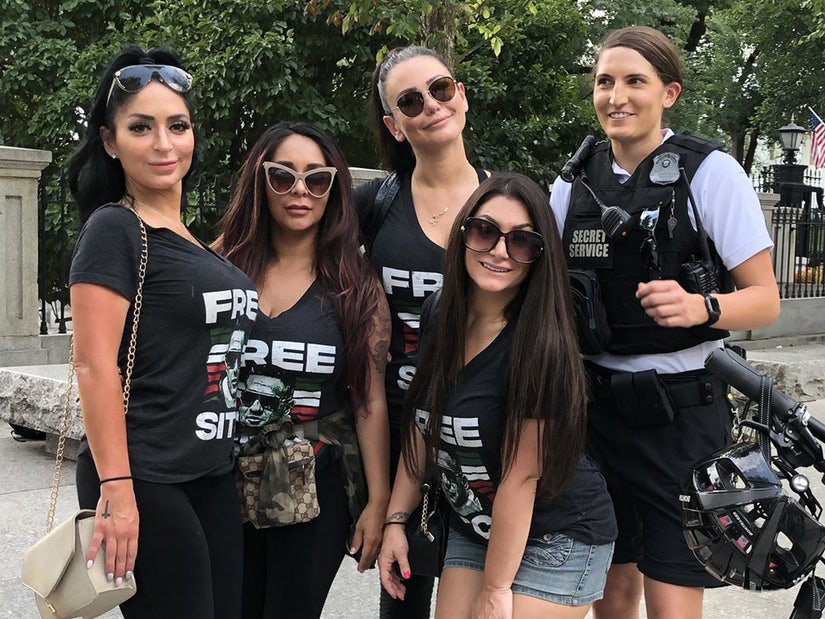