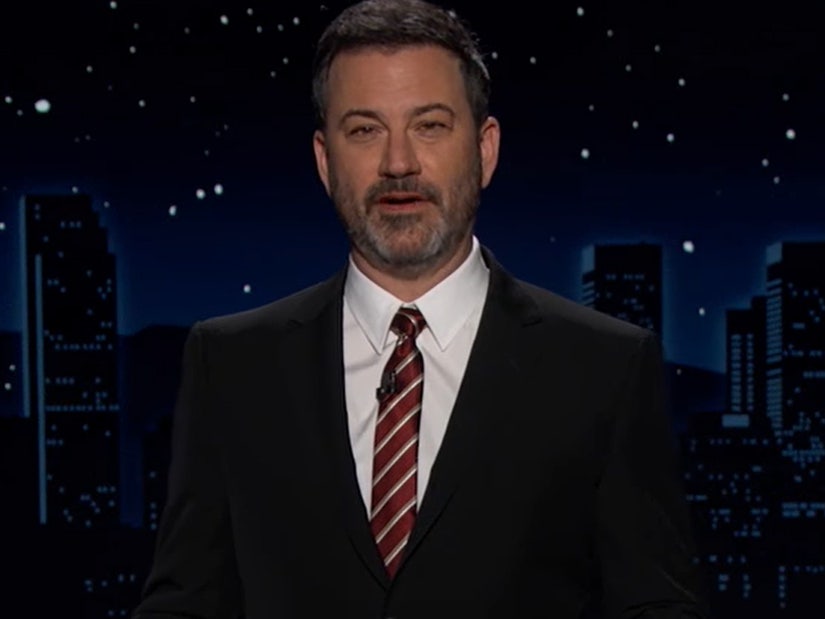 Kimmel also trolled some of the winners' homes, which were seen during their acceptance speeches.

Jimmy Kimmel hosted the first virtual Emmy Awards this week amid the pandemic -- but the night certainly wasn't a ratings hit for ABC.

According to Deadline, the ratings hit a new low for the ceremony, with 6.1 million viewers total and a 1.2 rating for the 18-49 demo. That's a 12% total audience drop and 25% drop in the key demographic.

Returning to his late night talk show for the first time since March, Kimmel reacted to the anemic numbers the best way he knew how -- by joking about them.

"I hosted the virtual Emmys last night. They're saying it was the highest rated Emmys ever," he began. "Oh, the lowest. Alright, well, we set a record. Let's just say that."

"We had a lot of fun given the difficult circumstances," he continued.

"The weirdest part of hosting the show, is when it's over there's usually parties, people are carrying their Emmys around, everyone's happy, everyone's celebrating. This year, the show ended and it was like, well, I guess I'll go into my car and drive home. It was nothing."

As the winners all accepted their trophies from the comfort of their own homes, viewers got a rare peek into what some of their houses look like on the inside.

Joking about a few of the interiors, Kimmel said it looked like "Succession" star Jeremy Strong has been "haunting a Sears portrait studio," while the show's director Andrij Parekh appeared to "live in a room at the Courtyard Marriott."

He also pointed out how "Ozark" star Julia Garner almost forgot "to thank her husband ... even though he was 6 inches away from her in a red silk bathrobe."

As for Zendaya, who won Outstanding Lead Actress for "Euphoria," he said "the only person social distancing at Zendaya's house was Zendaya herself" -- as she was seated a good distance away from a house full of people.