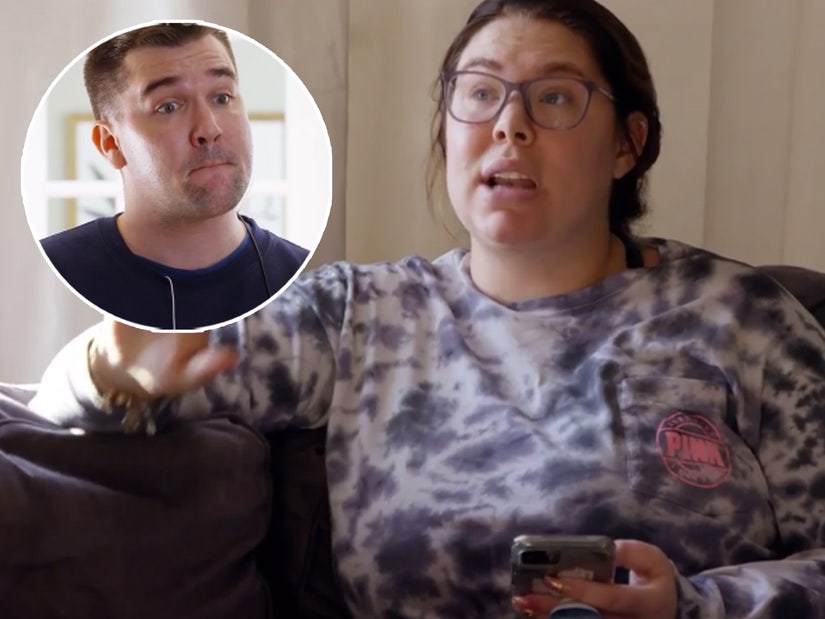 She also shared screenshots of her alleged texts with Javi.

As the episode aired, Lowry took to Twitter to post a public apology to Javi's wife, Lauren.

"I want to publicly apologize to Lauren in regards to tonight's episode," she tweeted. "She didn't deserve the humiliation she was put through due to a situation between Javi & me. I've been in her shoes and I've felt that pain, however have never experienced that being exploited on tv."

She added that she had already apologized in private, but felt the need to do it public, too.

Kailyn Lowry called out ex-husband Javi Marroquin on Tuesday's new episode of "Teen Mom 2," claiming he's been trying to hook up with her again -- while married to Lauren Comeau.

The allegations came out as Lowry explained her coparenting frustrations with Javi -- with whom she shares son Lincoln, 6 -- to a show producer.

She claimed the two struck a deal where they'd meet each other halfway for drop offs and pickups for their son -- before he reneged on the deal and would only go to the halfway point when it was his time to have custody.

On Tuesday's episode of #TeenMom2, Kailyn faces drama when she plans her next drop-off. pic.twitter.com/GDTh3msYHn

"He texted me too and was like, 'I'm not going to do anything for you because you're mean to me and Lauren,'" Lowry explained. "I leave her alone, I don't talk about her and I've liked it that way. I'm pissed off, I'm over it, he agreed to meet me halfway ... but now because it's not convenient for you, now you don't want to do it."

Getting more frustrated with the situation, she eventually dropped the bombshell.

"You are going to treat me like this ... oh really, is that why you tried to f--k me on Tuesday, in the Wawa parking lot, while your girlfriend's home with your son?" she exclaimed. The producer's mouth literally dropped.

"He pulled into the Wawa parking lot when I was getting gas and he opened the door and was like, 'I wanna f--k you,' plain and simple," she claimed. "I said, 'Bye, Javi' and I have all the text messages of him trying to meet up. Anytime I'm in Dover."

She then showed alleged text messages from him, in which he asked if he could "slide" over for a hookup and asked, "Meet you at your new office later?"

"You're willing to come to Middletown to f--k me, but you won't come to Middletown to meet me to get your son?" an angry Lowry continued. "Only if it benefits you in a sexual way. Now you're being disrespectful and now I'm gonna disrespect the f--k out of you. I said, 'And we're filming, I know you don't want any of this to come out on camera, so don't be condescending. Don't.' I really thought we were good for a while."

Later, Lowry said she and Javi crossed paths at their son's basketball practice -- where he "snubbed" her and left.

"It was a lot difference of a response than when he saw me at Wawa two weeks prior, when he tried to f--k me," she said, doubling down on her claims to another friend. "He knows when to act certain ways."

She was also asked what it would take to have a good relationship with Javi's wife. "That would requite Javi being honest with her," she replied.

After a preview clip from tonight's episode was released, Javi appeared to respond online, in a post captured by The Ashley's Reality Roundup.

"I stopped filming to live my life normally cause I've realized my kids life when they get older will suffer if I continue to be apart of this TV show," he wrote. "Not only did my mistakes play out on the show which I've had to live (and continue to live with) but I know one day I'd have to explain to my kids all my actions."

"Those episodic checks weren’t worth it to me…and I can make a living without it," he continued, before saying he was going to "go back to minding my business" and telling "Teen Mom" and "everybody associated with that show" to "Don't even text me."