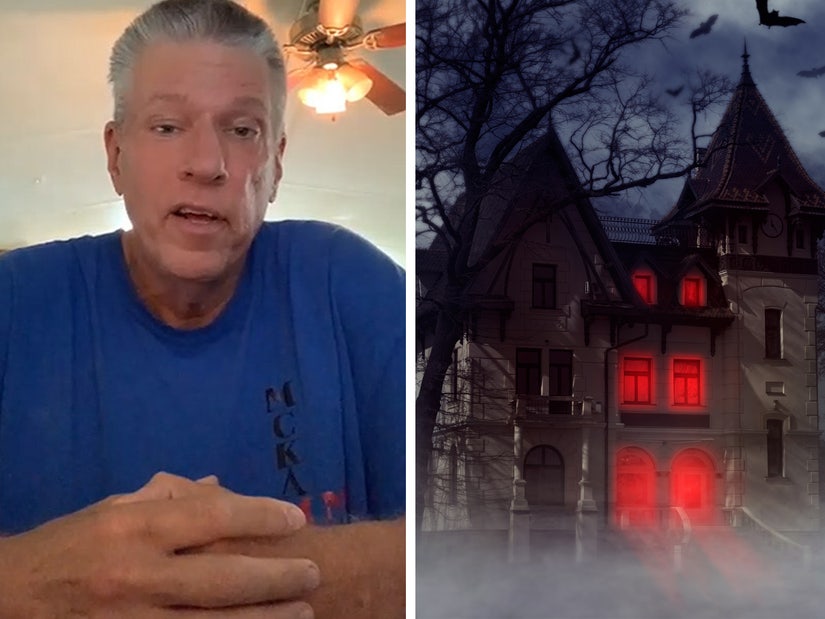 24,000 people are currently in line to be the first to complete McKamey Manor and claim the prize.

The owner of McKamey Manor, the haunted house that will pay a guest $20,000 to survive a run-through, said the current coronavirus pandemic isn't scaring away fans.

Chatting with TooFab exclusively, Russ McKamey revealed his wait list is as long as ever, even with social distancing and facial masks part of the harrowing experience.

"It's just as busy, if not busier," the entertainer said. "I get hundreds of requests a day of people trying to go through and you got to weed them out. Cause you got a lot of knuckleheads and I'm trying to keep the knuckleheads out of here and you get people coming through here for the wrong reason, which is kind of the money situation." 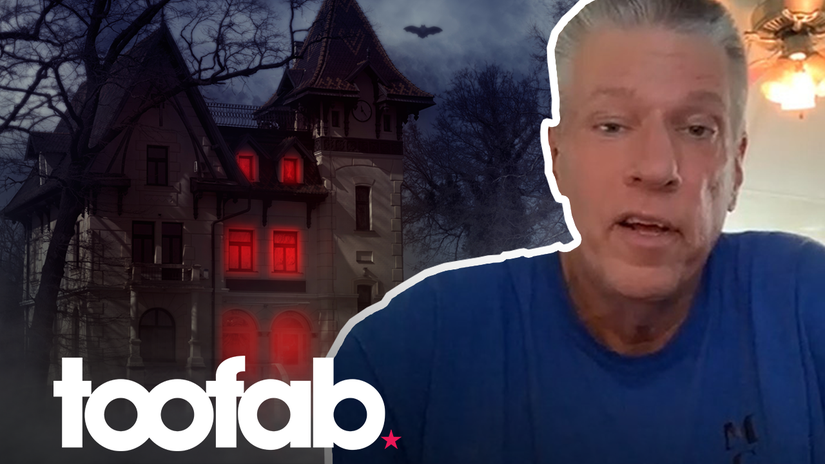 Although the cash prize is ready to be Venmo'd on a moment's notice, Russ said he prefers visitors looking for the thrill of the adventure, not just a monetary buzz. Plus, he highly doubts anyone is going to be asking for anything other than mercy when all is said and done.

"So if you're coming here for the money, you might as well turn around right now and just walk away. But if you come in here for a fun time and really neat experience, then this is the place."

Whatever the intention may be for the contestants, the McKamey Manor tour, which Russ describes as a "survival horror bootcamp," already had safety protocols in place before the onset of the coronavirus pandemic. Along with being a mostly outdoors experience, guests wear a McKamey Manor hood covering their face the entire time. And social distancing comes naturally, according to Russ, as he has contoured the haunt into more of a one-on-one contest where he stands 6 feet apart from the victims.

"It's much more mental. It's much more difficult," Russ explained, adding, "When it's all mental and when there's hypnosis involved and things like that, then I can make you believe whatever I want you to believe."

In clips of the Manor experience featured online, participants -- who appear bruised, bloodied and utterly petrified -- are blindfolded, screamed at and buried in mud. Some even have their hair shaved off. Just your average Halloween family fun.

Before guests begin their harrowing journey, however, Russ requires them to watch a two-hour movie. The video -- "And Then There Were None" -- is a montage of every contestant who tried to survive the ordeal between July 2017 and August 2019.

While people have come from all over to take the challenge -- including Great Britain, Ireland, Belgium and Kuwait -- no one has even come close to claiming victory.

"I'd say that most anybody's ever been inside was probably about two hours," Russ claimed. "I'd say half the people quit at the contract. The contract is quite daunting itself. You find out what is involved. It's spelled out specifically what you'll do and how to do it. So I don't hold anything back. You know exactly what you're getting into before you ever take a foot inside the Manor."

"And that way, no one can ever say, 'Oh, I didn't know that this happens or that happens.' Yeah you did -- number 36 right here we talk about pulling teeth or pulling nails or whatever the case may be. Right? So you know everything that's going to happen before you take a step in."

Although the waiting list hovers around 24,000 people, there is a way to jump to the top of the heap once you sign in at the McKamey Manor closed Facebook group.

"If we think you're a really strong candidate, someone that's going to be a lot of fun to watch, then we can bump you on up," Russ divulged. "So there's always a way. If there's a will, there's a way, right?"

When asked why anyone would enjoy putting people through the ringer, Russ charmingly laughed once again.

"It's just, you know, I'm an entertainer," he began. "Whether it be the haunted house or as an actor or a singer or a guitar player or in bands, whatever, I just like to entertain and what better way to entertain than to create this play. And that's what this is. It's just a big play."

"And that's why haunted houses intrigued me so much because you can put so much into a haunted house that's different than any other type of experience out there, but it all boils down to just purely entertainment."

"And that's what it is and why I do it," he continued. "Cause I'm not making money on it. That's for sure. I'm the worst businessman in the world and price of admission is still just a bag of dog food."

"So I'm not very smart when it comes to business," Russ added with a sly smile.

The McKamey Manor is not without its critics, however, as there is an online petition calling for it to be shut down, claiming the haunted house is nothing more than a "torture chamber under disguise"

"It’s literally just a kidnapping and torture house," the petition reads. "Some people have had to seek professional psychiatric help and medical care for extensive injuries."

In July of 2017, a woman reported to police that she was assaulted by a deadly weapon while participating in the experience when it was located in San Diego, per The San Diego Union-Tribune. Detectives investigated and decided not to pursue criminal charges.

When asked about the allegations by The Washington Post, Russ denied any physical harm or illegal activity occurring during the tour. He also said he records each session as proof of what transpires between himself and the contestant.

"There's no torture, there's nothing like that, but under hypnosis if you make someone believe there's something really scary going on, that's just in their own mind and not reality," he told the outlet.