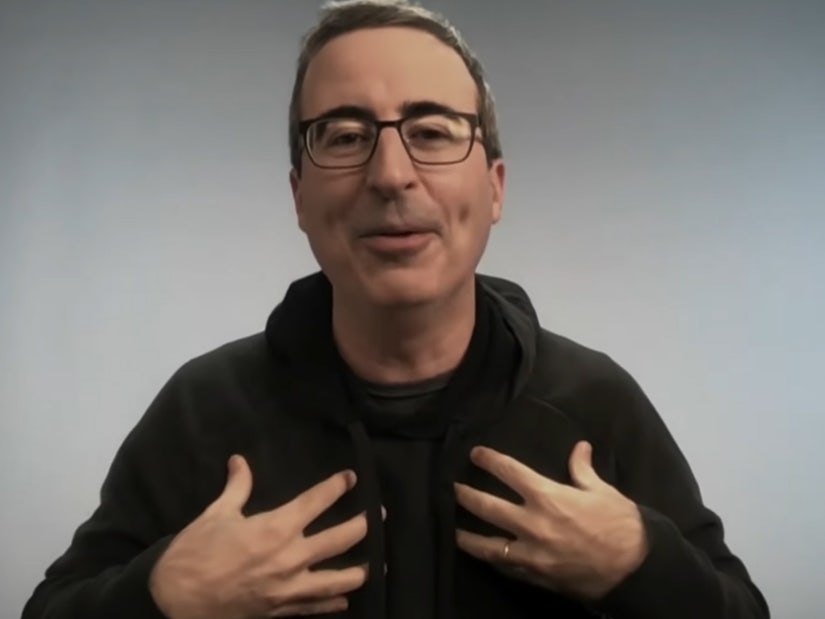 "My eyes got misty. I thought, 'I don't know if I can cry in a voting station.'"

"Last Week Tonight" host John Oliver is recalling the moment he voted for the first time in America.

While appearing on "The Late Show with Stephen Colbert" Monday, the 43-year-old British talk show host, who became an American citizen in December 2019, opened up about his experience casting his vote in the 2020 presidential election, saying he "nearly burst into tears."

"It was honestly, it was amazing," Oliver told Colbert. "Putting [the candidates] aside, as an immigrant who had just got his citizenship in December of last year, I was waiting for that to feel real -- when you worry about your immigration status all the time and even getting your passport still doesn't feel real because you haven't tested it against a system."

"I had thought this will feel real when I leave America and I come back and I'm treated differently by the system," he continued.

Though his new citizenship didn't "feel real" when he traveled, Oliver assumed it would hit him when he went out to vote. While it eventually did, it didn't happen immediately.

"Scanning it into the machine and the machine saying 'Your vote has been counted,' I nearly burst into tears," Oliver said with a smile. "That is the truth. My eyes got misty. I thought, 'I don't know if I can cry in a voting station.'"

After recalling what ultimately became an emotional moment, the HBO host shared some more details from voting, including how long he stood in line, and compared how casting his vote in the US differed from his past experience voting in the UK.

"I was in the queue for an hour in a half," Oliver said, before Colbert quipped, "In the UK, you guys just go to pubs there right? And you either pick a pickled egg or scotch egg and they know that's what party you're voting for."

Oliver first paused and then joked in response. "I wish it wasn't true, but, yeah you do. You walk up to the bar and you say, 'All right, Governor. I'll take the pickled egg.'"

However, Oliver said the main difference between voting in the UK and in the US are lines.

"Lines have been normalized in America," he told Colbert. "I think you think that everyone else stands in line for hours. There are not lines. It's absolutely madness...that you have to stand in line for that long is an absolute disgrace wherever you are. Nobody else has to stand in line for seven, nine, 11 hours whatever you're hearing about. It's absurd."