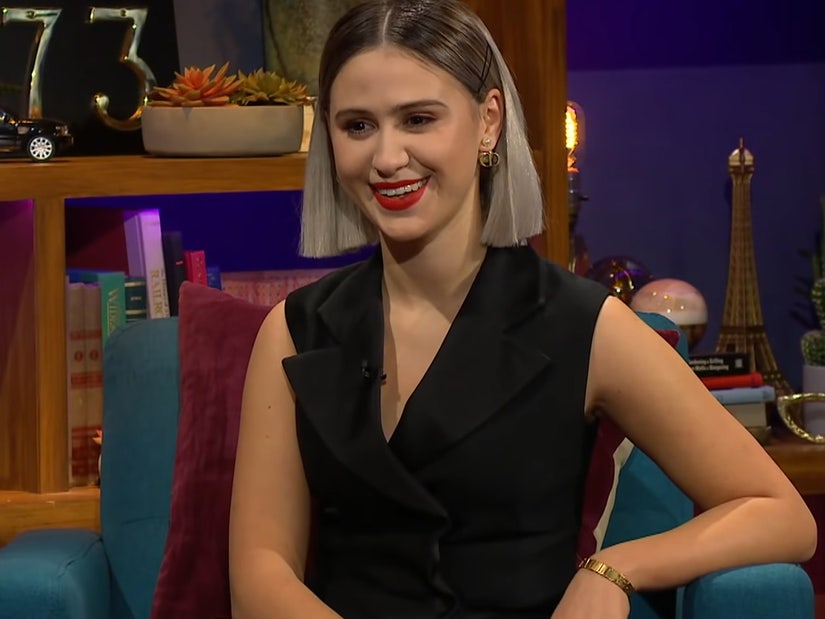 "She was so sad. Her eyes were full of tears. She was crying for maybe two hours."

Maria Bakalova may have left most viewers howling with laughter after her breakout role in "Borat Subsequent Moviefilm," but there's one person who was crying: her own mother.

While appearing on "The Late Late Show with James Corden" Monday night, the 24-year-old Bulgarian actress -- who plays Borat's (Sacha Baron Cohen) 15-year-old daughter, Tutar in the film -- recalled her mother's reaction to the watching the comedy, revealing that she cried "for two hours."

"My mom Facetimed me after she watched the movie," Bakalova said. "And she was so sad. Her eyes were full of tears. She was crying for maybe two hours."

She continued of her mom, "And because she's kind of a masochist, obviously, she watched it twice and she was even more sad."

According to Bakalova, her mom was worried about her joining the film from the start, back when she first auditioned. However, Bakalova admitted she was also a little unsure at first as she didn't know if "Borat" was the film she was auditioning for. The actress joked that the project seemed so "sketchy" she was concerned human trafficking might have been involved.

"I [recorded the tape] at 5 a.m., after my prom at the university," she recalled, "and a friend of mine shot it for like a joke. I was extremely scared that this was something sketchy, it's not a real audition, they're gonna try to do human trafficking on me."

After sending in several audition tapes, Bakalova flew to England to meet with Cohen. And her mom was feeling emotional about her daughter leaving.

The rising star also spoke about her now-infamous scene with Rudy Giuliani. In the film, Bakalova's character Tutar ends up interviewing the former New York mayor alone in a hotel room, where he appears to put his hands inside his pants before Borat ambushes the scene.

Bakalova, who described filming the scene as "nerve-racking," said Giuliani called authorities on the cast and crew.

"Rudy Giuliani actually did call the police," she explained. "But we did nothing illegal. So we left the place together… and we were happy! It's like a family moment."