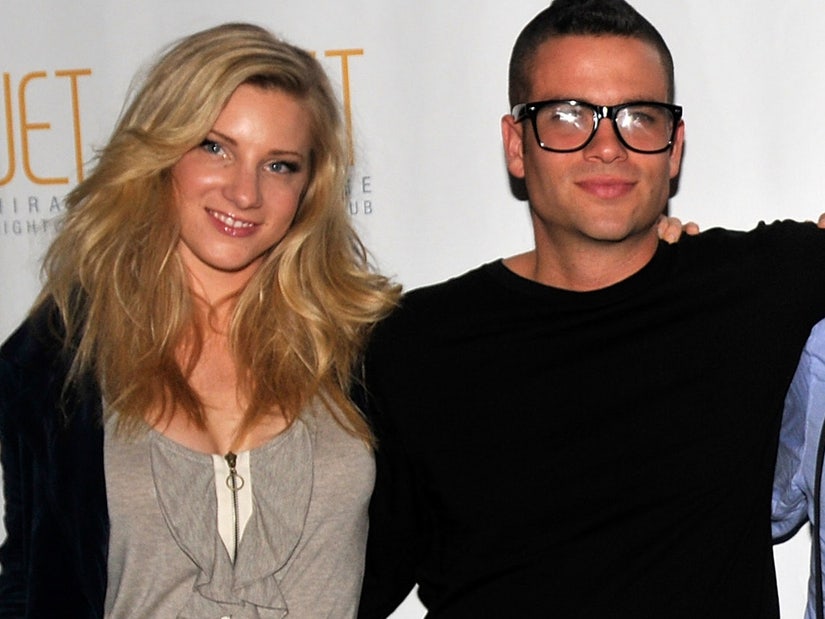 "I don't feel the need to ever justify something because somethings are better left unsaid," she wrote. "Y'all who have lots of things to say, I get it, I UNDERSTAND you ... somethings are unforgivable. But this holiday season, amongst ALL holiday seasons is INCREDIBLE [sic] hard for so many of us."

"We did not loose just 2 cast members, we lost 3," she continued. "And it is SO incredible tough to have to act like that 3rd one is invisible, because even though his actions are unjustifiable, he was a part of our family at one point and he was mentally SICK. Yes pedophelia is a sickness but..."

In a third tweet, she added, "Although I don't want to have to say all that, its truthful. So THANK YOU for treated me with such disrespect and unkindness during a time that I can't get through a day without balling my eyes out at the loss of my entire Glee family... thank you."

In addition to Salling, the "Glee" cast lost both Cory Monteith and Naya Rivera.

Earlier in the day, McHale shared a fan's post celebrating the 10-year anniversary of the show's Season 2 episode "A Very Glee Christmas."

"Ten years ago today 'A Very Glee Christmas' aired," the fan wrote, along with a heart emoji. "Artie got his magic legs, we all fell in love with Coach Beiste, and Brittany reignited the magic of Christmas for everyone."

the vomit face on Marks face is offensive

The Gleek also shared four photos from the episode, including one in which Salling's face was covered with an emoji of a smiley face vomiting. Salling pled guilty to possession of child pornography, but died by suicide in 2018 before his sentencing.

McHale retweeted the fan's post, adding, "This album goes hard tho." Two minutes after he shared it, Morris replied to his tweet, simply writing, "The vomit face on Mark's face is offensive."

While she didn't post anything else, her followers sure did, criticizing her for defending someone who was charged with possessing child pornography. Even the fan who posted the initial post responded to it with, "Oh dear lord Heather ... I don't regret the vomit emoji Heather."

McHale didn't say anything directly about her post, but did like a comment from one fan who wrote, "I agree that cancel culture is toxic in most cases, but in this one, there are just some things in life you simply don't do. And I hope anyone that feels like they need to do that gets the help that they need instead/before doing something that will impact lives beyond their own."

That comment was in response to another popular fan reaction to Morris' tweet, one which supported her.

"Mark was their friend & as messed up as his choices were, he was still a person with a family & people that loved him," it read. "Separating a person's behavior from who they are & still loving them, despite their shortcomings, is the mature thing to do. So yes, I agree with Hemo."

Other popular replies to Morris' post included, "i think being a pedophile is a bit more offensive than an emoji," "Offensive to the vomit" and "i know he was your friend, but he wasn't a good person, and you have kids, i can't believe you're being serious rn."

Morris has yet to respond to any of the criticism.