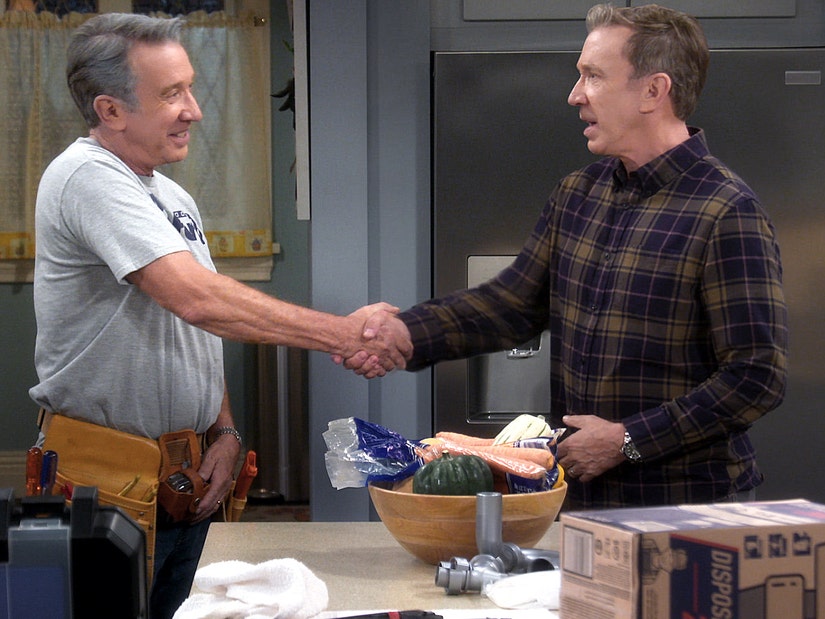 Tim Allen even paid tribute to Wilson as his current sitcom crossed over with "Home Improvement" 22 years after its finale. 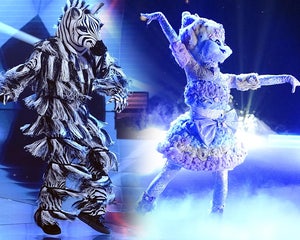 While putting two sitcoms in the same universe might seem tricky -- especially when the main characters are played by the same actor -- the episode was a bright and, at times, sentimental affair. "Home Improvement" references were weaved throughout the episode, including Tim telling Mike how much he missed his friend, Wilson, who was played by the late Earl Hindman.

The episode began with Mike struggling to think of a topic for his Outdoor Man 10th Anniversary vlog. To help with his writer's block, he told his wife Vanessa (Nancy Travis) that he needed to find his "lucky pen." The only problem: She accidentally destroyed it in the garbage disposal. And as a result, Vanessa hired a home repairman to fix the sink ... and Tim Taylor was the man for the job.

Vanessa couldn't have been more thrilled about the handyman, while Mike was initially hesitant to meet him as he wanted to repair the sink himself.

"It turns out, he's one of the bosses of a company and when he found out that this is your house, he came himself so that he could meet you," said Vanessa, before introducing Mike to Tim, who was wearing a Binford Tools T-shirt.

When Mike and Tim met, they were both shocked and equally freaked at how eerily similar they looked.

Appearance-wise, the only noticeable difference was that Tim doesn't color his hair, while Mike does, something that the former was quick to point out.

Meanwhile, Tim told Mike that he decided to come out from Detroit to do the job after learning that it was at the house of "this outdoor guy" whom he's heard "looks just like [him.]"

"I was pretty famous myself. I had this TV show for eight years called, 'Tool Time.' They called me the 'Tool Man,'" said Tim, who then brought out his infamous grunts, shouting his catchphrase: "More power!"

Shortly after, Tim failed to fix the garbage disposal and ultimately made it worse. As a result, Mike told Vanessa that he wanted to fire Tim, saying Tim's "annoying" grunts -- which he called "ape sounds" -- were probably why his show got canceled.

"It did not get canceled," Vanessa explained. "He said he just didn't want to do it anymore."

Things switched gears the following day when Tim approached Mike, who was outside attempting to reset the breaker.

"I supposed I don't deserve a second chance. That 'more power' stuff worked better on my show, not so good at my house either," Tim quipped after Mike pointed out the former's inability to fix the garbage disposal.

"So we're sharing now?" Mike told Tim as his head peaked over the top of the door to the breaker switch.

"Not sharing. I always find it easier to open up when I'm just talking to the top half of another person's face," Tim said, bringing up his former neighbor. "I did it with Wilson."

At first, Mike assumed Wilson was in reference to Tom Hanks' volleyball in "Castaway," which prompted Tim and Mike to briefly discuss the actor. "I always feel like he's the second-best guy in some of those films," Mike said. That, of course, was a joke about the "Toy Story" films -- in which Tim voiced Buzz Lightyear, while Hanks voiced Woody.

When Mike asked Tim who was the Wilson he was referring to, Tim became sentimental.

"One of my neighbors, actually, for many many years. I shared a lot of stuff with him," he explained. "He passed away. I miss Wilson. I miss a lot of stuff."

At that point, Tim left, telling Mike that Binford Tools would send someone else to fix the disposal. And they did.

The next day at Outdoor Man, Tim and Mike met up once again, with the latter telling Tim that the repairman showed him where to find old episodes of "Tool Time." 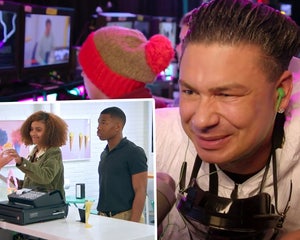 "I've been watching some of these, I just want you to know...I think these are great," Mike said to Tim. "Well-produced, clever, funny, I really like these. They're great."

As for why he quit making "Tool Time," Tim said when he finished a show, he'd always try to make the next one better and he eventually started to run out of ideas.

"I loved it," Tim admitted to Mike, who then suggested his new pal start to think of rebooting the series. "Maybe this time, you add more power."

Ultimately, Mike Baxter seemed to have learned a thing or two from his time spent with Tim Taylor as he added some "more power" to his Outdoor Man 10th Anniversary vlog.

"It's not easy topping yourself when you're awesome huh, but that's what all of us should do every day," Allen's Mike told the camera. "I've done a hell of a lot of these vlogs in the last 10 years and you know which one I think is best? My next one 'cause I'm just getting started and I got more power than ever."

Mike added some grunts, before saying, "Baxter, out!"