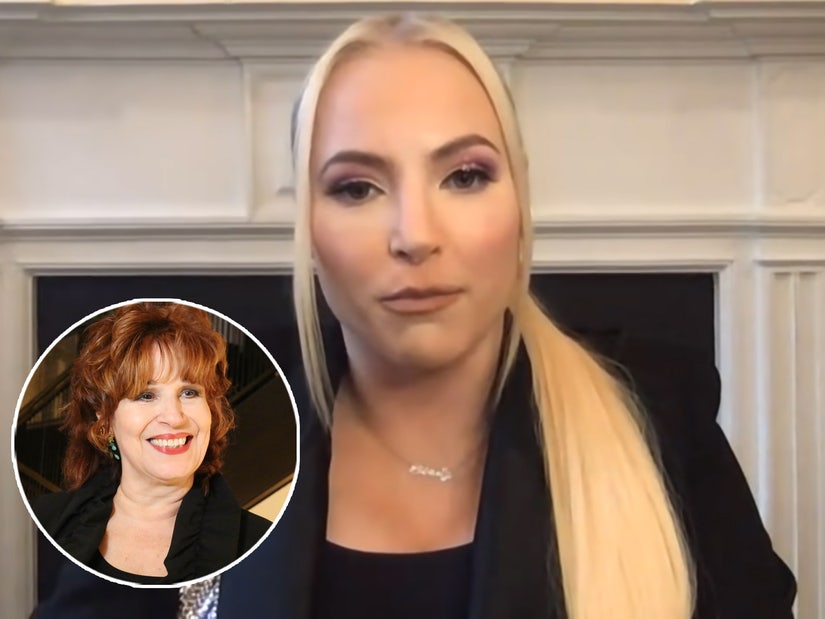 She also fielded criticism from The Real World's Trishelle, of all people, who questioned her support of the queer community.

Following her return to "The View" last week following maternity leave, Meghan McCain stopped by the "Watch What Happens Live" Clubhouse on Monday to talk about her bumpy first days back.

ICYMI, on her second day back on the show, she and Joy Behar had a heated confrontation -- in which Behar matter-of-factly declared she "did not miss" McCain while she was on leave. While it momentarily blew up the show, neither host addressed the incident later on the show -- but Andy Cohen got the goods last night.

Noting that Meghan and Joy "got into it the other day" on the show, he asked for McCain's take on her return.

"It's been such a rough re-entry back into 'The View,'" she said, noting that she had a "really hard birth" and "a really hard time" getting back to work following the arrival of daughter Lincoln.

"So that process of getting back was a lot and then this week back, this past week back with just the show the way it is and obviously everything going on in the country and horrible horrific attack on the Capitol, it's just been a lot," she added.

"I will say, I missed everyone, even if some people didn't miss me," McCain continued. "I missed the show, they're a family. All these women were at a my dad's funeral, we've been through a lot of shit together and I missed being on the show and I hope we can all be examples -- myself included -- of where the country should go forward."

During her appearance on the Bravo show, McCain also received a Twitter question from "The Real World: Las Vegas" star Trishelle Cannatella.

"I really wanna know how Meghan can claim to support the LGBTQIA community and defend Republicans and Trump," she asked McCain, before wondering why Meghan had also blocked her on Twitter. "It seems like she can dish it," added Trishelle, "but she can't take it."

"Has anybody watched 'The View?' All I do is take it," exclaimed Meghan. "I'm not even justifying the rest of this with an answer. I blocked her because she's a troll."

Cohen pushed for a real answer to the first part of the question, though, as he noted that he often gets tweets from gay men whenever Meghan is on the show "saying she doesn't support gay people because she's a Republican."

"My conservative values and the way I want the government run is a cornerstone of who I am, it's my whole entire life," Meghan responded. "It's also my belief that all people should have equal rights in this country and be treated with respect."

Noting that she was an early proponent of gay marriage, with support pre-dating President Barack Obama's, McCain said she's seen the "backlash" members of the queer community -- including RuPaul's Drag Race stars --  have received for "doing anything with me."

"I think we're in a place right now culturally where I don't want to offend anyone, I don't want to hurt anyone, but also I'm an avatar for a lot of anger and hate and I'm sort of coming to terms with that right now," she added. "I love everyone, I respect everyone and I want everyone to be treated equally under the law of the Constitution, but if people find that they can't like me or be a fan of mine and they hate me in return, there's nothing else I can do about it and right now I'm just trying to focus on my party and my child, quite frankly."

Meghan and fellow guest S.E. Cupp were later asked their opinions on the women of "RHOC" and "RHOSLC," where McCain quickly let it be known she is no longer a fan of Kelly Dodd.

"I went on WWHL with her and she was so mean to me and clearly had some drinks beforehand and now I totally turned on her," she explained.

"Remember how weird she was?" she asked Andy. "She called me a trust fund kid and said I never worked a day in my life. She was so mean. I know her husband too!"

Watch a clip from that 2019 appearance below: