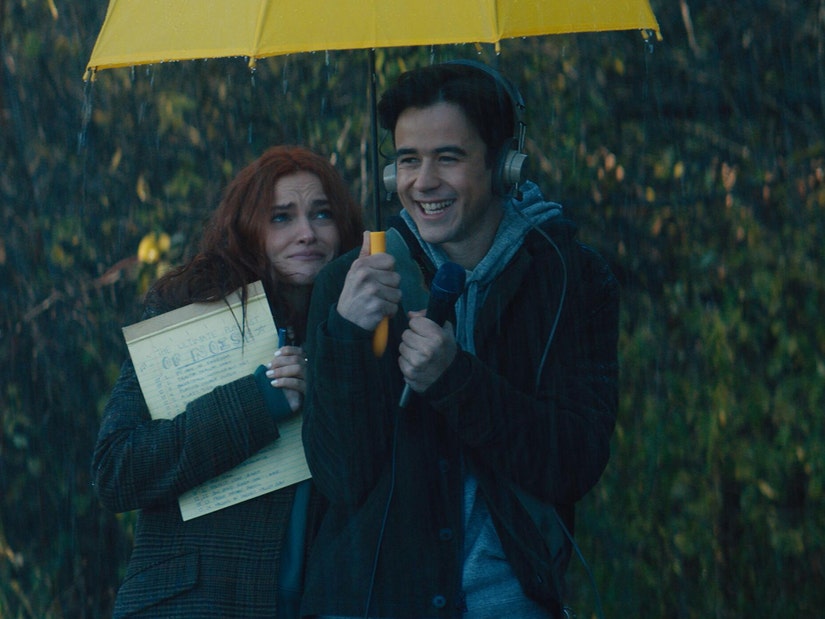 Keean reveals why he has a "beef" with Lego after a certain scene.

"The Ultimate Playlist of Noise" is the inspiring film we need to start off 2021.

Arriving to Hulu on Friday, the coming-of-age tale reveals an audio-obsessed teenager's incredible journey to creating a bucket list of sounds when he discovers he needs a life-saving surgery that will render him deaf. 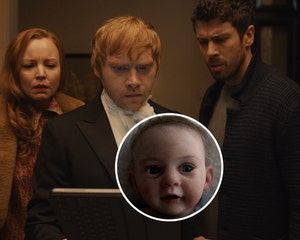 With an outstanding original screenplay, amazing chemistry between the two lead actors, and addictive soundtrack, "The Ultimate Playlist of Noise" is sure to be an instant modern day classic.

And TooFab caught up with the film's stars, Madeline Brewer and Keean Johnson, and its director, Bennett Lasseter, to dish on some fun behind-the-scenes trivia.

The film has an awesome 1980s throwback feel to it, was that always the plan?

Keean: "I don't think specifically, but that's nice to hear because I think that all of those kinds of original 'young adult' movies, they were so special because they were kind of like the first of its kind. So that's cool to hear, because I think that we were definitely trying to, I know Mitchell (Winkie, the writer) was definitely trying to make a kind of YA film that felt a little different and maybe did kind of feel a little nostalgic and old school." 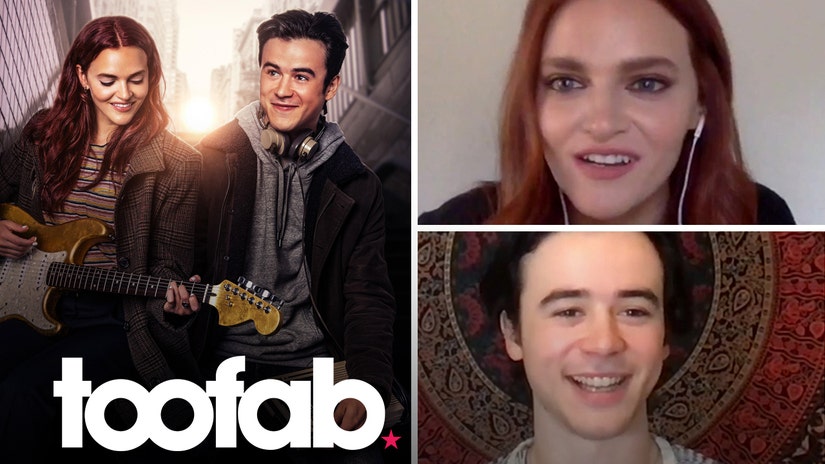 Madeline: "Yeah, a little like 'Say Anything.' I see it now that you said it, yeah."

Bennett: "Exactly, like a 'High Fidelity.' Or 'Say Anything.' It's definitely the era of film that I'm very deeply inspired by. I love most of John Cusack's movies. All of those movies from the 80s, John Hughes, especially. I went through a lot of movies in reference, just to kind of figure out what tone visually as well as emotionally that we want to try to capture and convey with this film. So, I drew a lot of inspiration from those films."

"I also looked towards some modern indie films and as well as a few other films that focused on music, like 'Almost Famous' and I also looked at '500 Days of Summer.' Not that it's entirely the same thing, but it does play in that indie music soundtrack kind of realm. That was a big inspiration as well." 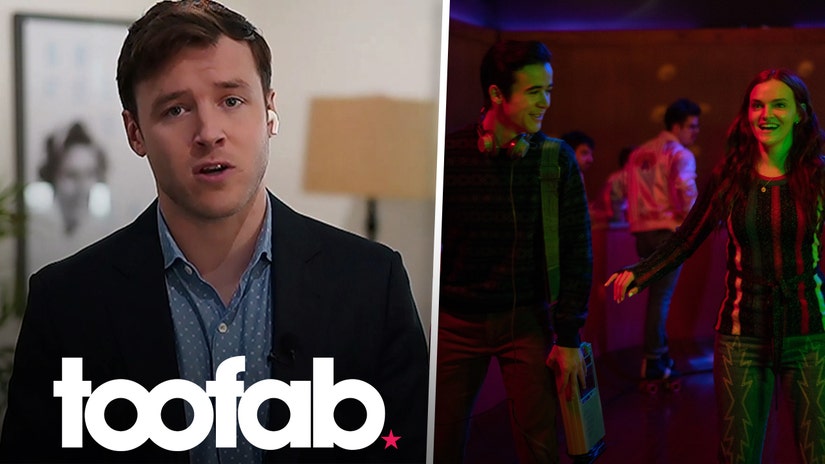 The soundtrack is amazing, did you have knowledge of it before shooting?

Bennett: "It's a little bit all over the place. The script came with some songs written in. I had met the writer long before we got this to American High and in there were some songs that are currently in the soundtrack as well as songs that we ended up replacing due to rights or because the song just didn't fit once we had the edited finished product together."

Madeline: "You read scripts that -- to give a sense of the feeling of the scene, they put in a song, but you never know if you're actually going to get the song 'cause some songs are incredibly expensive or not available or whatever. So I've only heard temp as well. I'm just excited to see what we really finally got and how it feels." 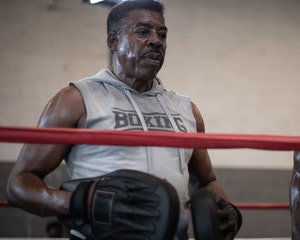 Speaking of the songs... Madeline, you did your own singing in the film. How was it to be back in your wheelhouse of musical theater?

Madeline: "I was like scared to death, honestly. It was a really -- that was like my hardest day I think on set, was doing the scene where Wendy's on stage when Marcus first sees Wendy because that's not what I'm used to, you know. I'm used to performing like as a character and in a very specific kind of singing and I was trained through my whole life, but Wendy, just sings from the heart."

"Like Wendy is so much cooler than I am. So it was nerve wracking, but it was definitely -- it had to take me out of my comfort zone a lot, which I liked."

The Lego figure in the teacup to keep the teabag from being lonely. Hilarious and also... what? 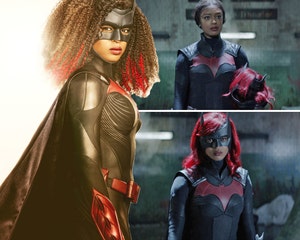 Keean: "That is 100% Mitchell Winkie. It's a shame that he's not here 'cause you would understand immediately why that is."

"Basically I love Legos, but I do have just a little bit of beef because I had to do ADR (Automated Dialogue Replacement) because supposedly you can't just say there's a Lego in it. You have to say it's a Lego 'figurine.' So I don't know if I ended up saying that. I was like, 'Listen, Marcus would never say 'figurine.' He just wouldn't say it, no one would understand."

Keean, what's your experience with sign language before this film?

"It's truly fascinating because when you see someone who's either deaf or fluent in sign language, they have such an expression -- it's such an expressive language, including your face. And I remember them talking about the face being as important as the emotions you're doing with your hands. So, it was really fun to have that little learning experience when I was like 16 or 17 and really fun to revisit it again."

The campfire and pool scene temperature appeared legitimately freezing. Was it?

Madeline: "Yeah... we were also wet! Like my hair was wet, (Keean's) hair was wet. It was like November in upstate New York. Who's idea was that?!"

Keean: "We kind of had set all of our wardrobe, which was Spring and then like two days in, it started snowing and we're like, 'All right, how are we going to incorporate a jacket into this movie?'"

"They didn't heat the pool because if they heat the pool, then the steam would've gone everywhere, which I think that was the mistake at the beginning and they stopped heating it. And then we really had to run outside...." 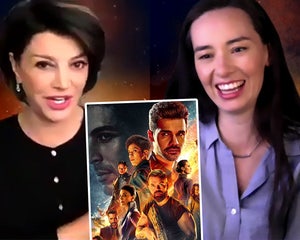 Madeline: "Into the snow. And onto the ice!"

Keean: "Poor Bennett is just like, 'All right, I'm so sorry. We just have to do one more."

Bennett: "I think the number one word I used on set was 'sorry' in some capacity, The filming in Syracuse is really great because the people are really helpful there. The crew is fantastic, but we did get slotted November to December. And that is an unforgiving time of year because it goes from a beautiful, gorgeous, stunning Fall to just, you know, snow, slush, rain and the temperature drops. It was tough."

"We had to make some concessions on costuming choices and certain comedic moments that would have them either wet or sitting somewhere soaking wet. And we did a lot of night shooting as well, which made it even worse. But I I'm forever grateful for what Keean and Maddie put themselves through for this film because they did a phenomenal job despite the fact that it's, you know, 19 or less, 19 or below."

"The Ultimate Playlist of Noise" premieres on Friday, January 15th -- only on Hulu! 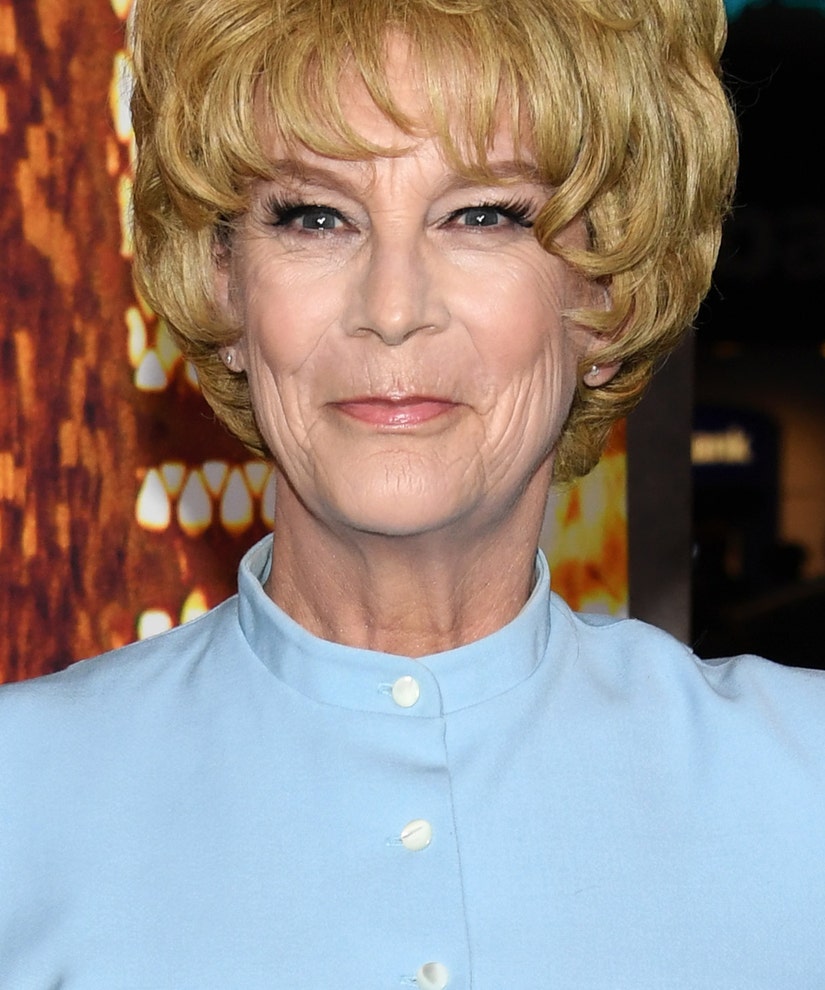