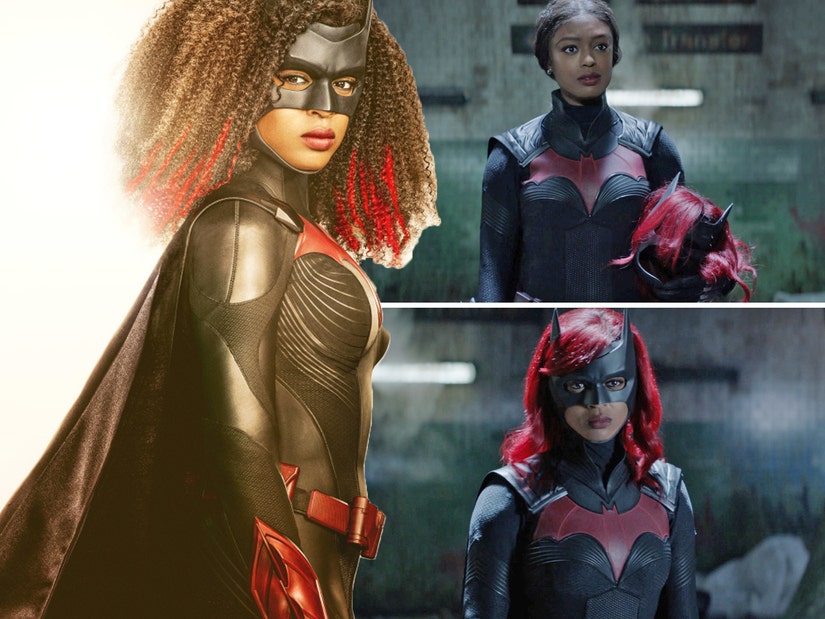 The actress explains why the show is more timely than ever, how it felt to slip into the Batsuit and whether she's been in touch with outgoing star Ruby Rose.

"Batwoman" got a major overhaul between seasons, after original star Ruby Rose quit the series in May 2020. Taking her place is Javicia Leslie -- and while she isn't playing the character of Kate Kane, she is stepping into Kane's latex suit.

Leslie will headline the show as Ryan Wilder, a young woman experiencing homelessness who discovers Batwoman's suit as Kane goes missing. With her own score to settle with Gotham's criminal underworld and a strong mistrust of the law enforcement as a Black woman who did time for a crime she didn't commit, the character certainly brings a different POV to the superhero show.

As Leslie pointed out while speaking with TooFab, Ryan's distrust in the police force is merely a reflection of the society we live in. 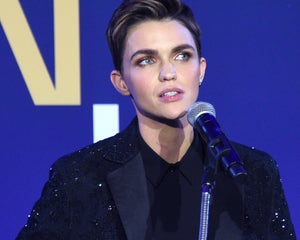 "I mean, come on now. I think the day before yesterday was proof of the difference in how law enforcement reacts to groups of people," she explained, referring to the siege on Capitol Hill in which predominately white protesters were met with little resistance from police. Their reaction, of course, was in stark contrast to the response from police during Black Lives Matter protests in 2020.

"It's not just skin color, a lot of times it's class as well, but I think sometimes skin color is the first thing people see and they automatically equate that with class," added Leslie. "I think that that's a huge part of our reality ... so, of course, it's going to be a part of entertainment at this point."

Throughout the first two episodes screened for press, Ryan worries she's not worthy of the suit and cowl, something Leslie admits went through her mind as well before signing onto the show.

"Definitely, it went through my mind, a few times -- a feeling like, 'Did they make the right decision?'" she explained. "I feel like everything happens for a reason and being Batwoman was bigger than me. Being Batwoman and me being in that role in general is such an inspiration for so many people and that makes it worth it. That makes every fear go away, because I know it inspires other people to make her purpose."

"If I'm proud of myself, then I think people that I represent will be proud of the work," she added. 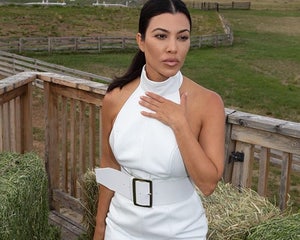 Expect Ryan to make the mantle her own as the season progresses, while also forging her own relationships with the returning cast. Viewers can also expect a queer love interest for the character, something Leslie promises will be "a bit complicated" for all parties involved.

As for the mystery of what happened to Kate, don't expect an answer for that right away. She's missing in the premiere -- and Leslie told us it's been easy to keep the secret of her whereabouts because even she doesn't know the answer yet. She also added that she has yet to connect with Rose about the role, though Ruby did send congratulations on social media when her casting was announced.

Keep reading to see what Leslie said about training for the role, stepping into the suit and Batmobile for the first time and the one thing she couldn't wait to do on set. "Batwoman" Season 2 premieres January 17 on The CW.

First thing's first, what emotions went through your head when you donned the full costume for the first time?

You bring a new layer of representation for the show, as the character is now a queer, Black woman. What kind of responsibility do you feel taking up the mantle, knowing what it will mean for viewers?

The responsibility I feel is to make sure I give everything and give my all and walk away everyday like I left everything on the table, not having any regrets at the end of the night about anything. Just knowing that I did everything. Me walking in that truth is enough. I don't think I have to prove anything, I think it's just about making sure I give all of it and that way, there's something to be proud of at the end of the day for myself. And if I'm proud of myself, then I think people that I represent will be proud of the work.

You talk about giving your all. Obviously, joining a superhero project comes with a lot of training. The character of Ryan is proficient in martial arts, so what was your training like for the show?

What was it about martial arts that attracted you to them in the past?

I'm a very physical person. I ran track all my life. Being physical helps me to relieve a lot of stress. When I first started martial arts, being able to hit something was such a stress reliever. Being able to hit something made me feel like I was letting out a lot of pent up tension. I remember the first time I did it, I cried, because it was just because we have so much pent up inside ourselves, to be able to release is necessary.

It becomes clear Ryan has an inherent mistrust of law enforcement after doing time for a crime she didn't commit -- and, at one point, she says she believes Alice would be dead if she wasn't white. How does it feel for you to have the show incorporate these important issues into the show, thanks to your inclusion?

I mean, come on now. I think the day before yesterday was proof of the difference in how law enforcement reacts to groups of people. It's not just skin color, a lot of times it's class as well, but I think sometimes skin color is the first thing people see and they automatically equate that with class. So, yeah, I think that that's a huge part of our reality ... so, of course, it's going to be a part of entertainment at this point.

Ryan starts out as a copy of Kate's Batwoman, but begins to make the mantle her own — can you talk a little about that transformation?

The journey of her becoming her own Batwoman is really important, because I think that the representation of Ryan is really the representation of all of us watching the show and how it shows anyone can be a hero. But you do need to put your own pride aside, you have to put your own vengeance aside and that's the journey she has to go on. When she starts to realize, while Kate is missing, it's important that she fill the shoes of Kate Kane, she starts to realize that the only way for her to fully do this at the best of her ability is to do it her way. She is not Kate Kane, she is her own person and she has to find her own way to do her work, save people, but do it the way representative of herself.

What is Ryan's relationship like with these characters who are already established thanks to their connection Kate?

Ryan's coming from a clean slate, she doesn't really know any of them. She may have crossed paths with one or two of them in a different kind of way, but it's not like a relationship. She has to build a relationship. Luckily, she has Mary right out the gate, Mary is pretty receptive of her and helps to connect her to the rest of the crew. She slowly, but surely, builds a relationship with each person in her own way.

The big mystery going into this season, once we knew there would be a new Batwoman, is what happened to the old one. How has it been for you keeping that secret and have people been trying to get it out of you?

I don't know what happened yet! It makes it so much easier.

What has the fan response been like for you so far, as new images and trailers keep dropping?

It's been amazing. Everyone's so receptive and everyone's so excited for the premiere. I'm excited! I can't wait for everyone to see all the work we've done.

Ruby Rose congratulated you on social media about landing the role after her exit. Have you connected with or had any communication with her at all since?

Once you got the role, was there a gadget you couldn't wait to use or something Batwoman does that you were really looking forward trying?

The gauntlets, I really wanted to fly. So, we did that and it was a lot of fun. Every single time I fly, it's just really, really exciting. It feels like I'm a human being on a roller coaster, but there's no roller coaster.

Driving in the Batmobile also seems like it would be a blast.

That car is so nice! So nice. You definitely question everything, like, 'Am I allowed to do this? Am I allowed to do that?' They do a lot of stunts in the car, so you worry, if anything happened, am I going to be okay? These cars are very expensive, but it's really fun to be able to play in that world, especially the Batmobile. That's something that's epic for us, as Batman fans.

Alice is still very much a Big Bad here, "Bruce Wayne" is kind of in the picture as well, but are there other DC characters you'd love to interact with going forward?

I would have loved to do a crossover with Black Lightning. I have such good friends on that show and it'd be really dope to play. But, honestly, let's cross over all of them, why not? That's the whole point of it.

Can you tease what we'll see of Ryan's love life, since it is so important that she's a queer superhero?

She definitely has a love interest. In the first few episodes, you'll meet her love interest. That interest also ends up becoming a bit complicated and you'll watch her have to get past that. 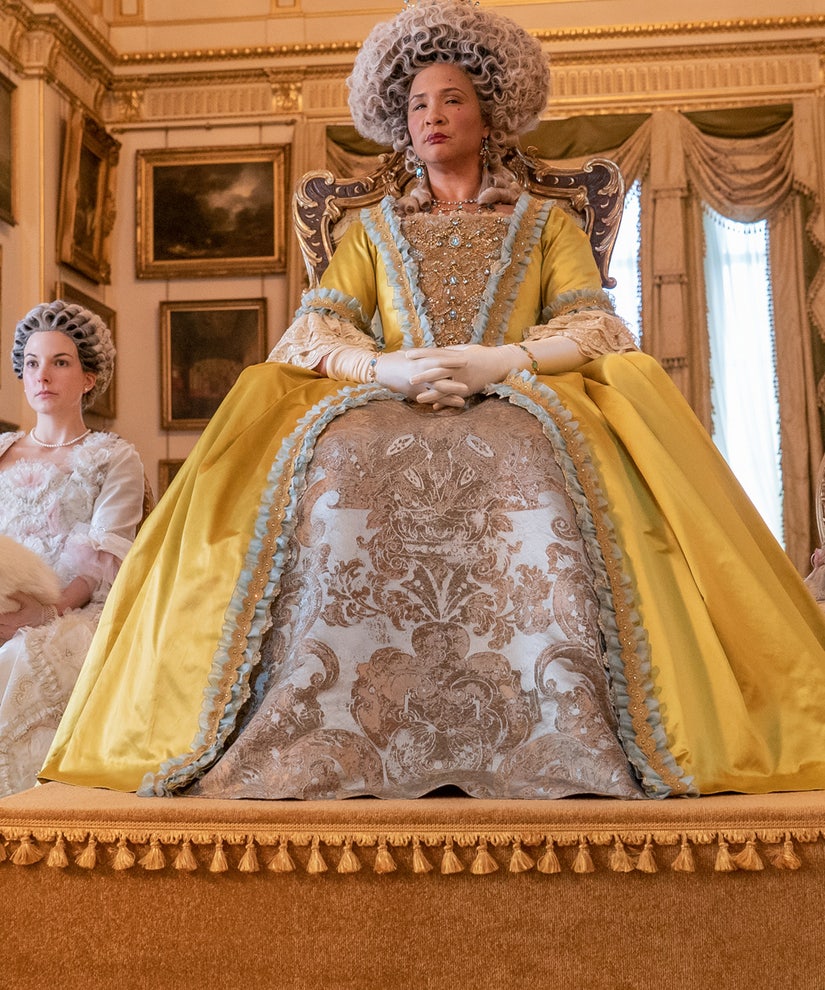 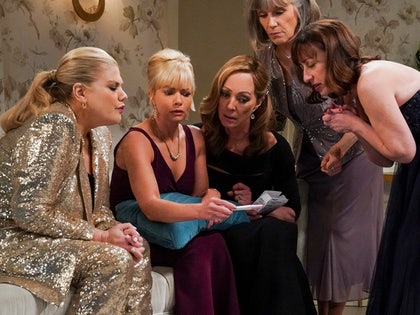 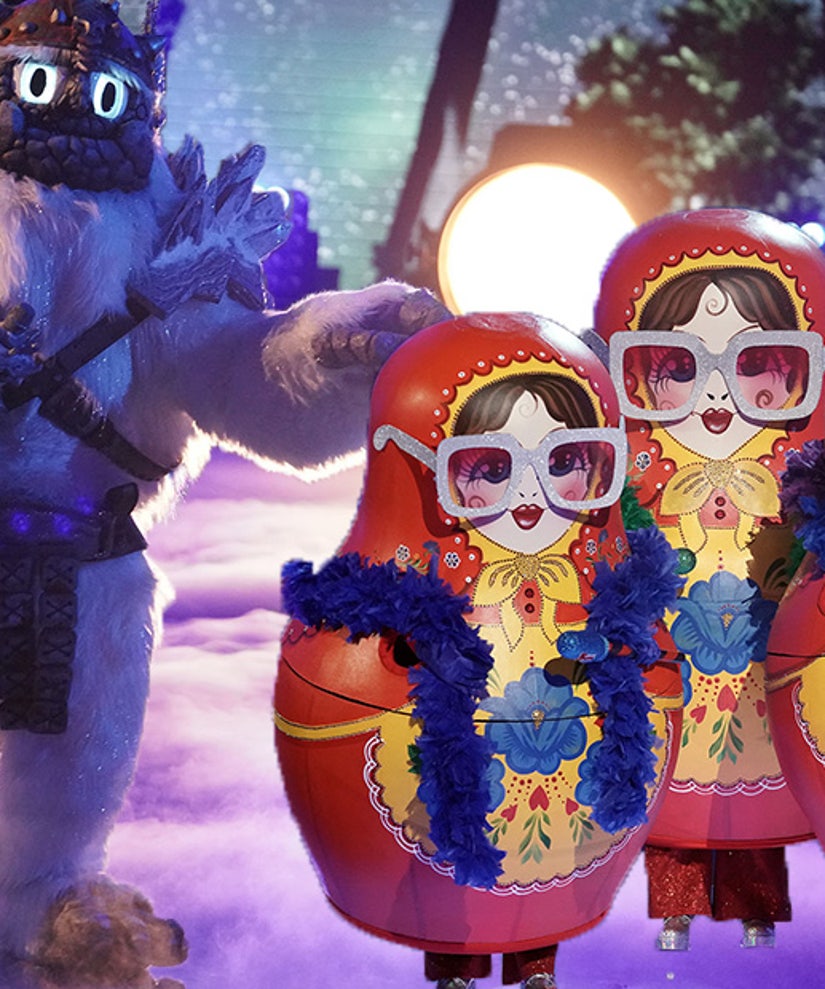 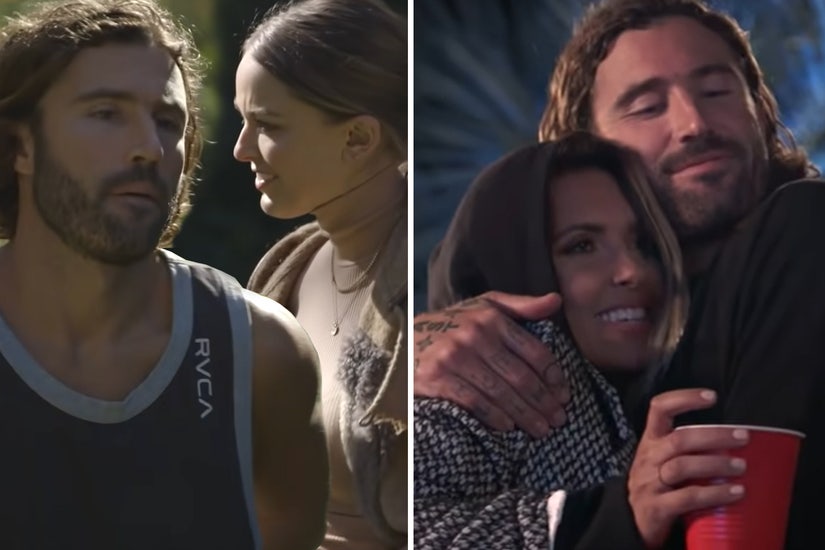