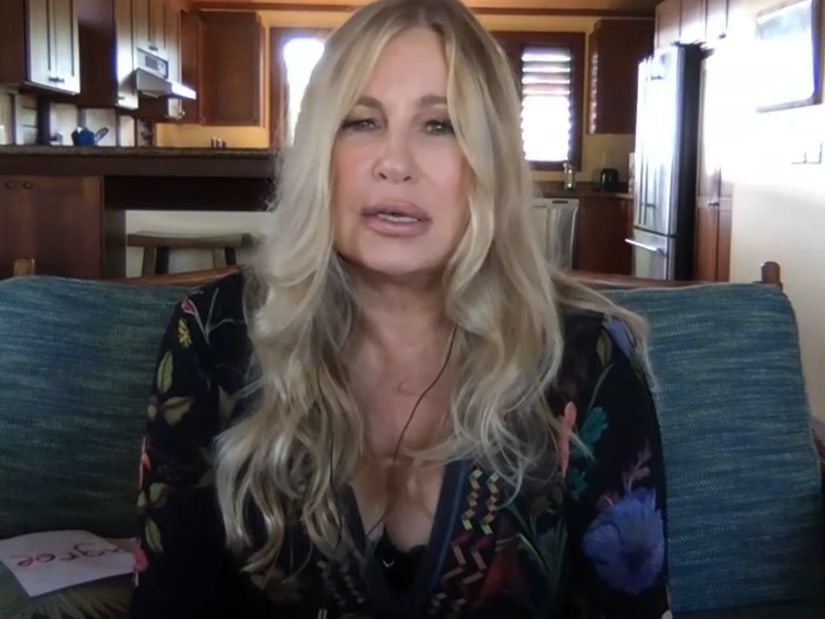 She also sounds off on O.J. Simpson's empty promises to her before she hit it big.

Fans are still wondering what "Sex and the City" will be like without original star Kim Cattrall and her character Samantha Jones -- and giving some suggestions for who else could possibly play the part.

When the revival, "And Just Like That ...", was announced earlier this week and it became clear the show would only revolve around Carrie, Miranda and Charlotte, viewers began to fan cast a replacement for Cattrall. One of the most popular names out there: "American Pie" star Jennifer Coolidge.

Appearing on "Watch What Happens Live" on Thursday, Coolidge was asked by Andy Cohen whether she would be interested in stepping into Samantha's shoes ... or possibly play someone like her in the new series.

"I was a huge -- and still am a huge -- 'Sex and the City' fan," she began. "It's one of those shows you can just watch the reruns and never get tired of them."

"But I have to say I am such a Kim Cattrall fan, and I don't see anyone being able to replace her in that part," she added. "It was just the perfect ... I don't think you can replace her."

Sarah Jessica Parker previously shut down talk of a Coolidge replacement as she responded to fans after the revival announcement dropped online. She replied to someone saying Coolidge should take over the role by saying, "We have some new stories to tell. We are excited."

One follower also said SJP "disliked" Cattrall, which Parker denied. "No. I don't dislike her. I've never said that. Never would," she wrote. "Samantha isn't part of this story. But she will always be part of us. No matter where we are or what we do."

When another follower noted they would "miss Kim/Samantha," Parker added, "We will too. We love her so." To another fan who said they'd miss the character, she responded, "She will always be there. And we are so excited."

While Cattrall hasn't spoken about the reboot, she did like a tweet telling her, "whilst I am saddened that Samantha will not return, I applaud doing what is best for you and think this is great example of putting yourself first."

During her WWHL appearance, Coolidge was also asked about O.J. Simpson, who apparently promised to help the then-ingenue get a SAG card.

"Well, he was very disappointing," she said. "I never got that SAG card from him."

"He used to come into this restaurant that I worked at, the Sandra Bullock restaurant where she was the hostess," she added. "But O.J., he really did promise to get me my SAG card ... but he just never backs up his promises."

"It's not a very uplifting story," she said with a laugh.