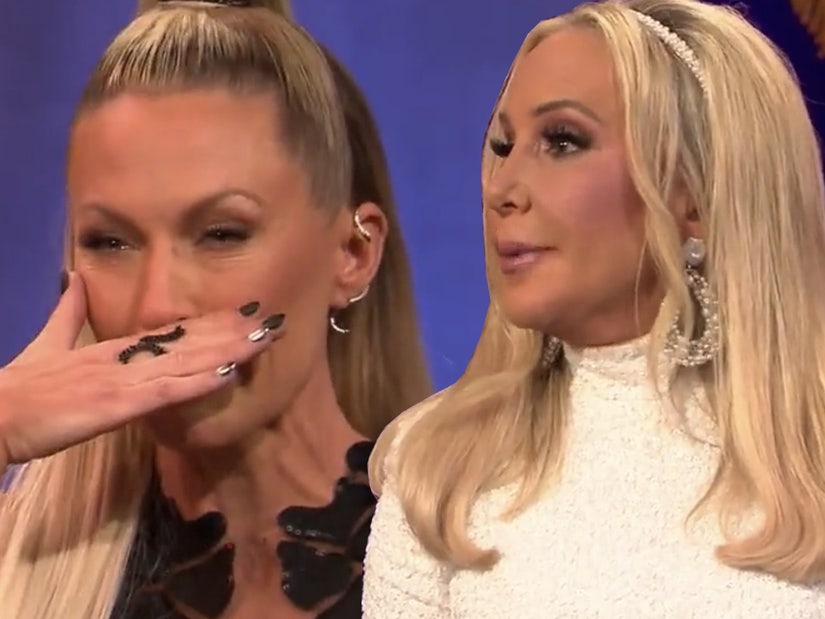 Shannon dropped a bomb at the very end of Wednesday's reunion.

As the women all spoke about Braunwyn's battle with alcoholism, host Andy Cohen asked whether any of them suspected she had a drinking problem before opening up about it herself.

"John and I spent a lot of time with Sean and Braunwyn. Not this summer, but the summer before," Shannon began. "I didn't know whether I was gonna say this today, but as a mother, I'm going to. When my daughter Stella was 14 years old, at her very first beach barbecue, you went up to her and said, Stella, 'If you want the good stuff, text me.'"

The other women all looked shocked, while Braunwyn looked on the verge of tears. That's where the hour ended, but a preview for next week's episode showed her saying, "Can't believe I did that to a kid," before walking off the set.

While there are reports Braunwyn was referring to a cocaine dealer when she made the "good stuff" comment, a PEOPLE source claimed "Braunwyn did not offer Shannon's daughter cocaine. There is an allegation that Shannon makes during part one of the [season 15] reunion. From the trailer, you can see that Braunwyn instantly took accountability for her actions."

Viewers will see the rest of the conversation play out next week.

Before Beador's bomb, Windham-Burke also faced accusations she was faking her sobriety journey for a storyline on the show.

"Let's just be honest real quick, your alcoholism was all for a story plan," Kelly Dodd said, matter-of-factly. Braunwyn's reaction? "F--- you Kelly, f--- you. You guys saw me at BravoCon drunk at 7. You think I'm a fake alcoholic?"

"F--- you," Braunwyn shot back. "Do you know how dangerous this is to everyone in recovery right now?" After Kelly labeled her a liar, Windham-Burke called Dodd "disgusting" and added, "This is vile, even for you."

Gina Kirschenheiter, however, had Braunwyn's back and even attended AA meetings with her costar.

"In those meetings, you see real truth, nobody in there is in there pretending to be an alcoholic," she said. "I've had a lot of people in my own personal life question your sobriety ... and I always say, I'm telling you, she's an alcoholic."

The "RHOC" reunion will continue next Wednesday on Bravo.