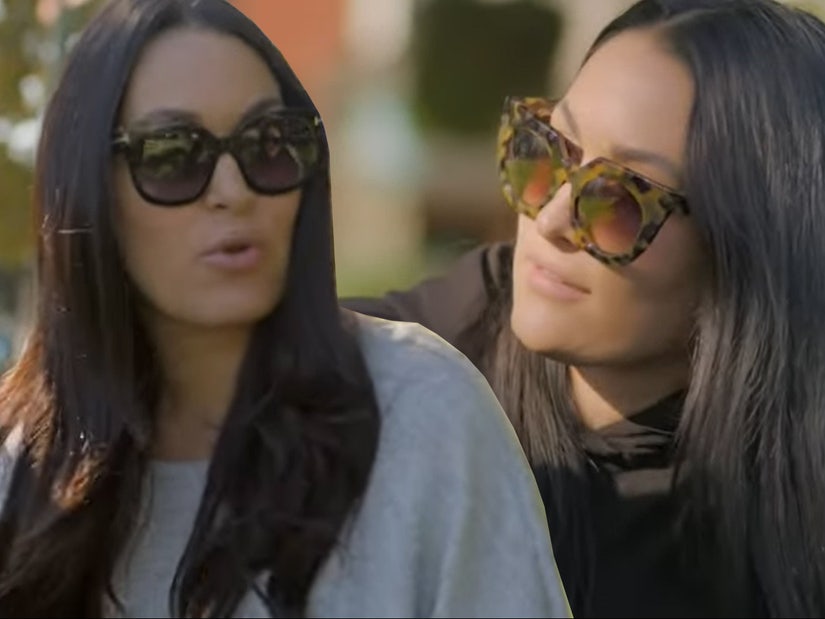 Nikki Bella is angry with her sister Brie Bella.

In TooFab's exclusive preview of Thursday's season finale of "Total Bellas," the former WWE star went off on her twin sister after learning that she spoke to her fiancé Artem Chigvinstev about her postpartum depression, despite Nikki not wanting to tell him yet. 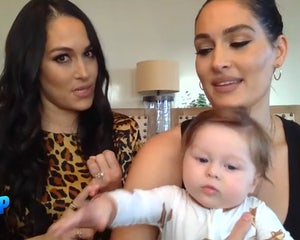 While out with Brie and her brother, JJ, Nikki received a text from Artem.

"Artem just said, 'If you need me to quit 'Dancing with the Stars,' I can,'" Nikki said, reading Artem's message out loud.

Nikki joked that maybe she had a "meltdown" after she drank the night before. However, Brie then dropped the bomb: it was she who had spoken to Artem behind Nikki's back.

"I think he might actually be responding to this phone call I had with him," Brie admitted to her sister.

"Listen, I told you to talk to Artem about your postpartum depression," she explained. "You didn't want to. So I felt like it was my duty to tell Artem 'cause you wouldn't tell him."

Nikki snapped in reply. "It's not your duty. It's my relationship, my postpartum depression, what I'm going through."

"It's my drowning, not yours," Nikki snapped in reply.

"I didn't want him to think about quitting 'Dancing with the Stars,'" Brie explained, to which Nikki interrupted in reply.

"That's it, for my family. I need him to do 'Dancing with the Stars,'" Nikki said, as Brie told Nikki she needs to also "help" herself.

After Nikki then reiterated that she didn't want to talk to Artem about her struggling until after the season, Brie explained that postpartum depression can't be "on hold."

"It's my relationship. It's my fiancé," Nikki said, to which Brie replied, "You're calling me all the time complaining and saying all these things. So what am I supposed to just every day, take that phone call and listen to it and not do anything about it?"

"You're such a b---," Nikki hit back, standing up. "I'm venting to you as a sister. You're not my therapist. Now, I'm not going to vent to you when you were supposed to be there for me now. I'm not going to do that."

We'll see how it all goes down when the "Total Bellas" season finale airs Thursday at 9 p.m. on E!. 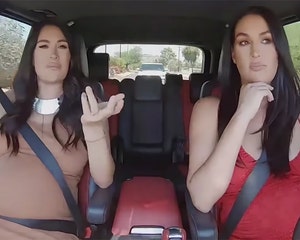