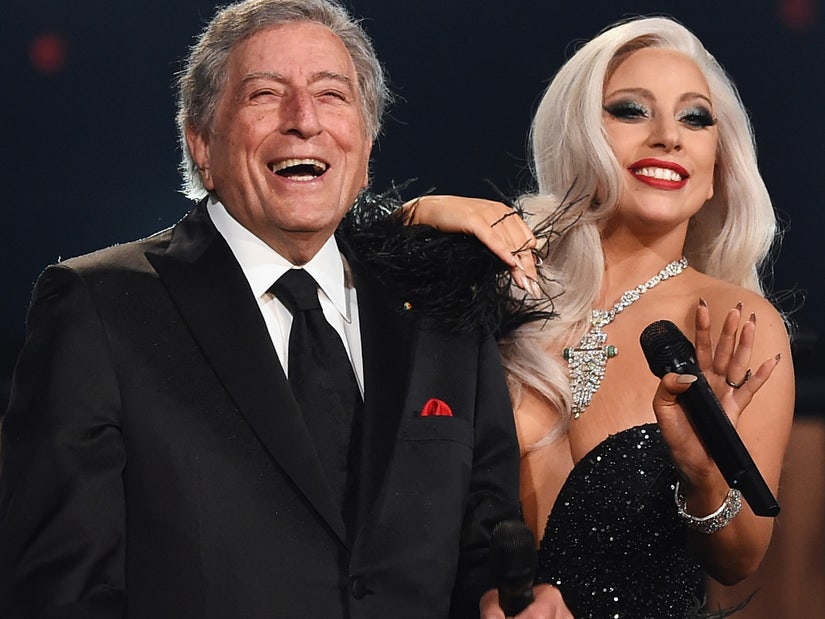 Gaga "sobbed" during their recording sessions, during which Bennett appeared "lost and bewildered."

Tony Bennett's closest friends and family members disclosed in a new feature with AARP magazine that the singer was diagnosed with Alzheimer's disease in 2016.

According to his wife, Susan, the 94-year-old legend can still recognize members of his family, but is "not always sure where he is or what is happening around him."

After his diagnosis and showing "clear signs of the disease", Bennett and Lady Gaga recorded a followup to their 2015 duets album "Cheek to Cheek" between 2018 and 2020. Footage from their sessions was apparently recorded for an upcoming documentary, which AARP detailed.

Life is a gift - even with Alzheimer’s. Thank you to Susan and my family for their support, and @AARP The Magazine for telling my story.

"Tony was a considerably more muted presence during the recording of the new album with Gaga," says the publication, noting that Bennett spoke rarely and, when he did, seemed "lost and bewildered."

"Gaga, clearly aware of his condition, keeps her utterances short and simple," as she told him she often thought about their 2015 tour together while he responded "uncertainly" to her prompts.

"The pain and sadness in Gaga's face is clear at such moments — but never more so than in an extraordinarily moving sequence in which Tony sings a solo passage of a love song," writes AARP. "Gaga looks on, from behind her mic, her smile breaking into a quiver, her eyes brimming, before she puts her hands over her face and sobs."

Bennett's family said they decided to come forward with his diagnosis now as Tony is unable to perform promotional duties for the new album. Susan and his son Danny added they made the decision to disclose his condition "without Tony's input" because he is "incapable of understanding the disease, let alone making momentous decisions about whether to publicly disclose it."

The singer's neurologist "strongly encouraged" that the singer continue to sing and perform, as it both keeps him "on his toes" and stimulate his brain in "a significant way."