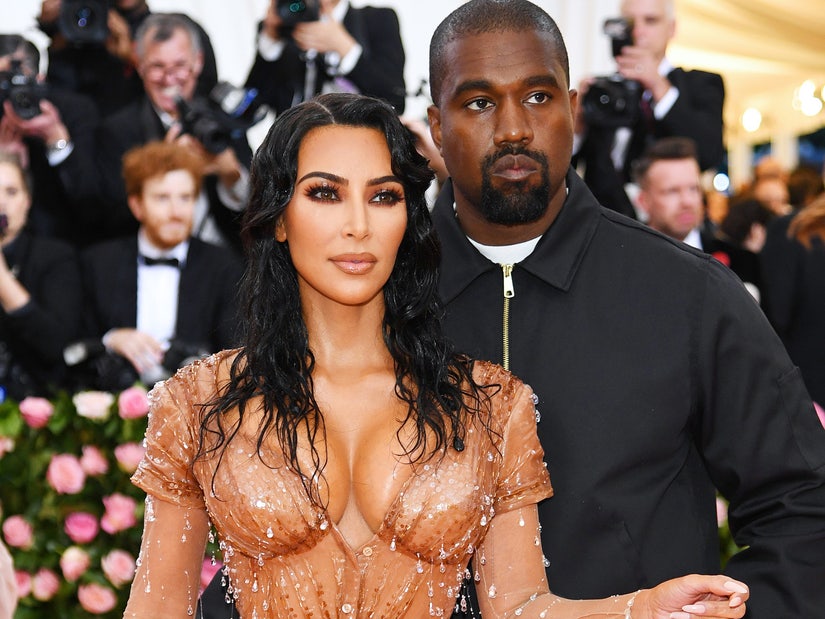 Kim Kardashian has filed for divorce from Kanye West.

The reality star, 40, has asked for joint legal and physical custody of their four children and the rapper, 43, appears to be on-board with the arrangement, according to TMZ.

The outlet reported the pair will not be contesting the prenup and a property settlement agreement is close to being reached. Renowned divorce attorney to the stars, Laura Wasser, filed the divorce documents, although a date of separation was not included, per TMZ.

The filing comes after months of multiple sources claiming the pair were struggling in their marriage, with Kim and Kanye reportedly living separately and undergoing couples counseling.

Back in April 2012, Kim and Kanye first went public with their romance. They welcomed daughter North in June 2013 and would go on to marry in an elaborate Italian wedding in May 2014, almost a year after Kim's divorce from NBA star Kris Humphries was finalized.

Although neither Kim or Kanye have publicly spoken of the divorce filing, fans took to social media to express their reaction to the news.

"I was really hoping the Kanye and Kim divorce was a rumor I'm so sad," wrote one follower, as another shared, "Kim filed for divorce. it was expected since last year but had it been before that, I wouldn’t have seen it coming. wishing positivity to her, Kanye & the 4 children!"

Kim and Kanye divorce papers...? No. It can’t be really happening. Kimye please

Me to my boss: Kim filed for divorce from Kanye so I'm taking the rest of the day

Kim filed for divorce. it was expected since last year but had it been before that, I wouldn’t have seen it coming. wishing positivity to her, Kanye & the 4 children!

I hope Kanye and Kim are both able to find happiness and that the divorce is amicable and it isn’t too hard on them or their kids.

It was long time coming but Kim and Kanye’s divorce breaks my heart💔 pic.twitter.com/7IP9u3q3FY

Why am I taking Kim and Kanye’s divorce personal. I’ve become instantly depressed since finding out.

kim and kanye divorce is hitting me hard ngl pic.twitter.com/pexLySvnHr

don’t look at me I’m irrationally crying over kim and Kanye’s divorce pic.twitter.com/iEgw6AFBZY

This story will continue to be updated as news breaks.