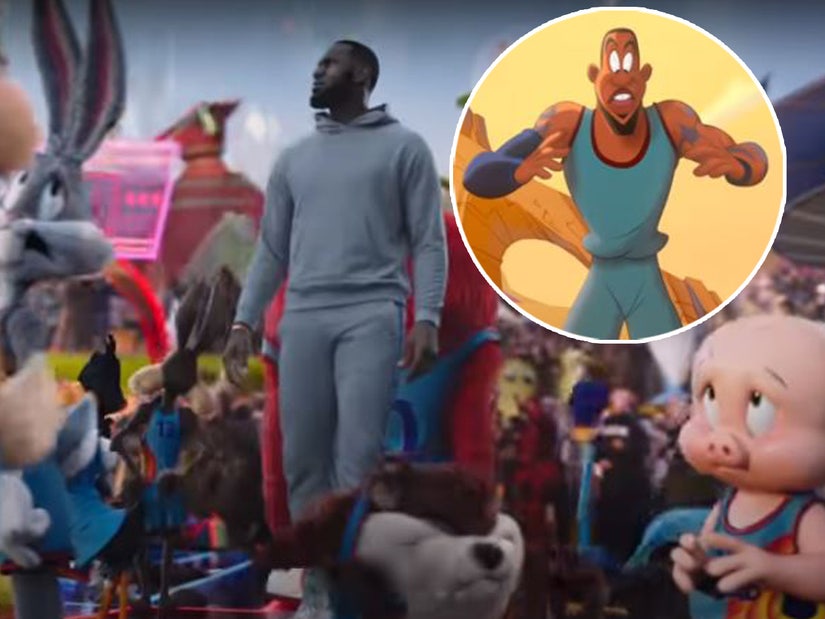 The NBA legend is transformed into a cartoon before he can save his son and the world.

The first trailer for "Space Jam: A New Legacy" dropped on Saturday morning.

In the clip, LeBron and his son young son Dom (Cedric Joe) become trapped in a virtual world by a rogue AI named Al-G Rhythm (Don Cheadle), causing LeBron to utter, "What in the 'Matrix' hell?"

"Welcome King James," sneers AI-G. "I am the king of this domain."

And with that, LeBron is banished to the world of the "rejects" aka the Looney Tunes, where the NBA great is turned into a cartoon himself and is greeted by Bugs Bunny and his famous catchphrase, "What's up, Doc?"

LeBron then join forces with Bugs, Daffy Duck, Porky Pig, Lola Bunny and the rest of the cartoon gang to defeat AI-G's Goon Squad on the basketball court. 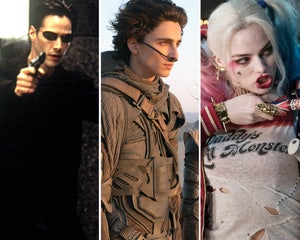 Produced by Ryan Coogler, "Space Jam: A New Legacy" premieres in theaters and on HBO Max on July 16.