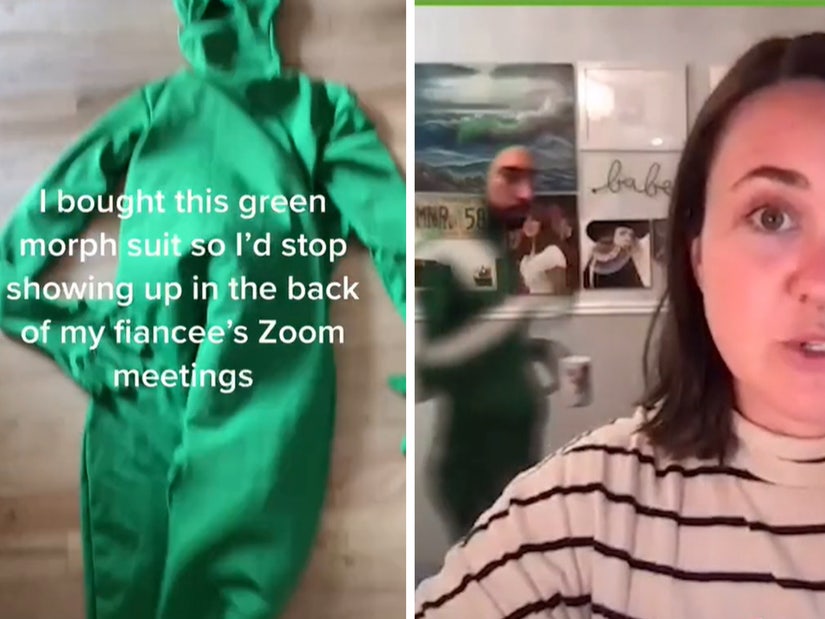 The genius hack had ... mixed results.

After countless accidental appearances of naked people, inappropriate behavior and even illegal activities, one man has devised a genius solution to vanish completely from the background of video conferencing calls.

TikTok user @tailoredbits shared his amazing life hack: "I bought this green morph suit so I'd stop showing up in the back of my fiance's Zoom meetings," he revealed.

His theory was that by donning the green suit, he would disappear entirely in the computer-generated Zoom backdrop, akin to stunt performers rendering themselves unseen when filming in front of greenscreens for CGI shots in films.

Well, that was the theory, anyway.

Posting the results, he strolls past his fiancé mid-meeting, with parts of this body invisible, but others still in plain view, like some sort of low-budget ghostly glitch.

The fact that his face is fully exposed doesn't help the illusion, nor does the coffee cup he is carrying.

"Flawless execution," he claimed in his caption.

His fiance, to her credit, doesn't even bat an eyelid at the ridiculous specter videobombing in the background, and continues on as if nothing had happened.

The hilarious clip has been viewed on TikTok more than 30 million times, and the commenters cannot get enough of it. 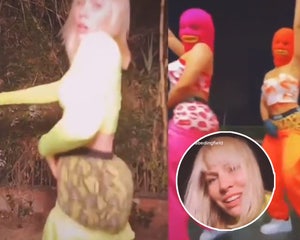 "It gets funnier each time i watch," one wrote. "Lmaoooo that's even more distracting," another insisted.

It seems to have fooled some people however: "Yo what how did that mug float like that?" one stunned commenter demanded.

But the most impressed commenter? The official Zoom account itself. "Buying this brb," it commented.

@tailoredbits meanwhile was ready to capitalize on his inspired creation: "Hey can I pitch you a commercial?" he replied.