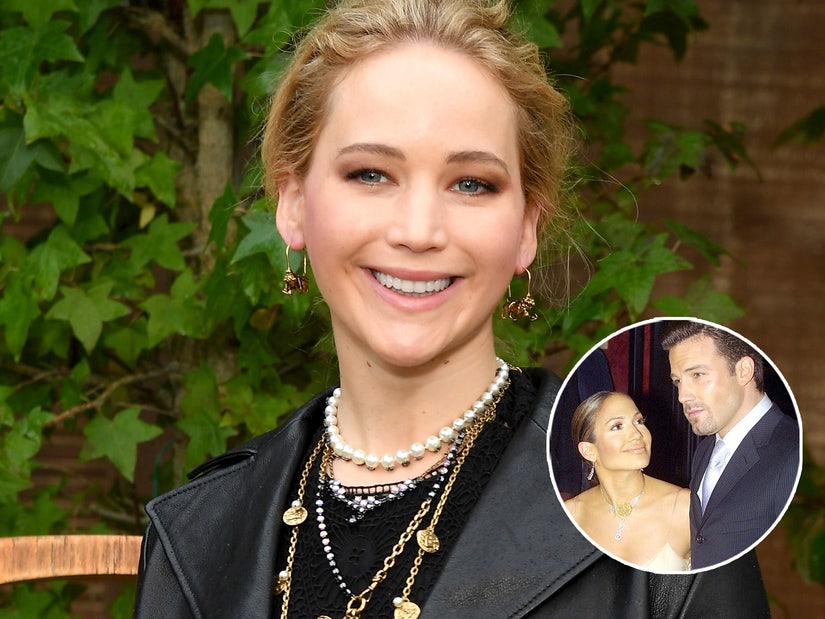 The Oscar winner hilariously broke the news to her friends during a podcast.

Jennifer Lawrence had a hilarious reaction to the news of Jennifer Lopez and Ben Affleck's reunion.

The Oscar winner was hanging her friend Heather McMahan during an episode of Jackie Schimmel's podcast "The Bitch Bible" when she discovered Bennifer 2.0 was in the works.

🎙️ Jennifer Lawrence announcing the news about the reconciliation of Jennifer Lopez and Ben Affleck 😂 pic.twitter.com/W9esfsrix3

"Breaking f--king news," Lawrence said, interrupting the two comedians. "Jennifer Lopez and Ben Affleck are back together! They're in Montana. They are on vacation with each other right now."

The three women then got into a discussion about the color of Lopez' engagement ring that Affleck gave her back in 2002. Lawrence confirmed it was a 6.1 karat pink diamond by Harry Winston. Lopez sported the sparkler until the couple broke up in 2004.

On Monday, it was reported Lopez and Affleck spent a week together at the Yellowstone Club in Montana. The news comes about a month after Lopez and Alex Rodriguez announced they were ending their engagement. 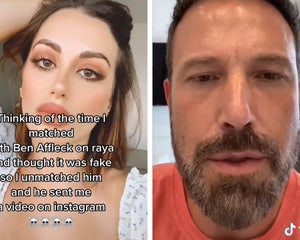 Meanwhile, Affleck recently gushed about his former fiancée, calling her the "hardest working person" in the industry.

"She has great talent, but she has also worked very hard for her success, and I'm so happy for her that she seems, at long last, to be getting the credit she deserves," he told Instyle.

The Oscar winner later added of J.Lo, "Where are you keeping the fountain of youth? Why do you look the same as you did in 2003 and it kind of looks like I'm in my 40s … at best?"