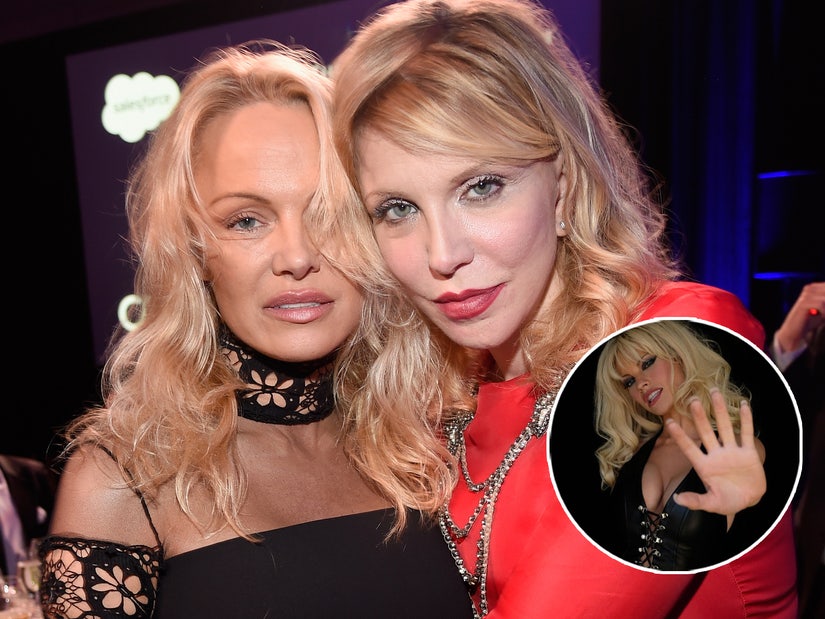 "Shame on Lily James whoever the f--- she is. #vile," wrote Love in a since-deleted post.

While the first official photos of Lily James and Sebastian Stan in costume as Pamela Anderson and Tommy Lee for a new Hulu series got a lot of people very excited about the show, there's at least one person who will not be watching: Courtney Love.

The Hole rocker made that very clear over the weekend when she took to her Facebook page to slam "Pam & Tommy," the streamer's "comedic limited series" about the release of the couple's sex tape. "I find this so f---ing outrageous," she wrote, sharing a headline about the show.

"When Pam / Tommy sex tape was out / myself [Patty Schemel and Melissa Auf der Maur] were making a record," Love continued, referring to her Hole bandmates. "And the lone women in many recording studios in LA. Where all / ALL! The staff engineers / producers / owners / were watching the sex tape with huge schadenfreude."

"Guffaws, It was disgusting. I banned anyone discussing it," she wrote. "It destroyed my friend Pamelas life. Utterly."

In the since-deleted post, she also claimed the show reached out to her about using her likeness, saying they wanted to use a Rolling Stone cover she did "in this piece of s---" show. "I said 'f--- no.' shocked. Gentleman don't approve this sort of thing," she continued.

Saying that her "heart goes out to Pammy" for the show "further causing her complex trauma," she concluded her post by writing, "And shame on Lily James whoever the f--- she is." She ended the rant with the simple hashtag #vile.

TooFab has reached out to reps for James and Hulu for comment.