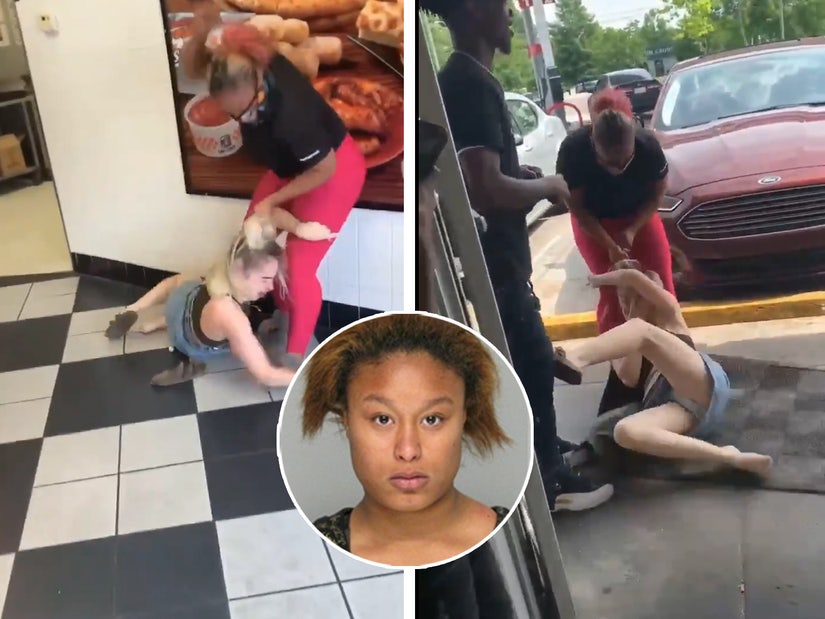 One man holds the door open as she drags the victim by the hair into the street.

Police in Georgia are hunting for a woman who dished out a brutal beatdown on a mother — right in front of her infant daughter.

Sickening witness video captured in a Little Caesars restaurant on Monday shows the suspect holding the woman on the floor by the hair with one fist, while repeatedly punching her in the head with the other.

Most distressingly of all the victim's infant daughter rushes into the fracas trying to protect her mother, but a bystander pulls her out of the way just in time, while the filmer shouts "Move the baby! Move the baby!" 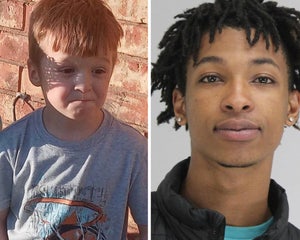 No such help comes for the victim though; despite her screams of terror, everyone in the store stands around either watching or filming. One man even holds the door open for them as the assailant drags the mother by her hair into the street.

She continues to throw her around by her hair, stamping her head into the concrete, before finally walking away, leaving her a bloody mess on the ground.

All because she don't like her baby daddy's new girl 🤦🏾‍♂️.. pic.twitter.com/tuyRyofONw

Stumbling to her feet, the victim's first concern is for the daughter who witnessed the whole attack, and was very nearly dragged into it. "My baby!" she cries as she runs back into the restaurant looking for her, blood streaming from her nose.

According to an incident report, the woman being assaulted in the video is 22-year-old Emily Broadwater; the suspect is 25-year-old Brittany Kennedy, who is now wanted for battery.

The Deputy's report indicates Broadwater was sitting in the lobby when Kennedy walked in and confronted her, shortly after 4 PM. After a few seconds talking to her, she pulled the chair from underneath her, causing her to fall to the ground, which is when the brutal beatdown began.

"I observed that the victim had a swollen and black left eye," the Deputy wrote, per Augusta Crime. "Her bottom lip had a large laceration on the inside and was severely swollen. She had a large knot on her forehead, and multiple cuts on her head, face, and neck. She did not lose consciousness."

On Facebook, Broadwater claimed the woman attacked her because she had been helping take care of her children while she was in jail.

"I AM THE VICTIM," she wrote, alongside pictures of both her smashed up face, and smashed up car window.

"All I did was help a friend out with his kids while his baby moms was locked up. She has been harassing me for weeks now. All I'm saying is that I never caused any harm to her or her property or her children like she had mine."

"Now imma go back to living my life and taking care of my daughter," she added. 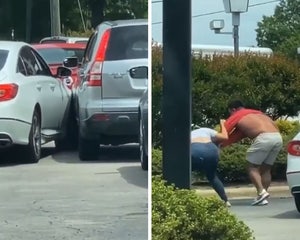