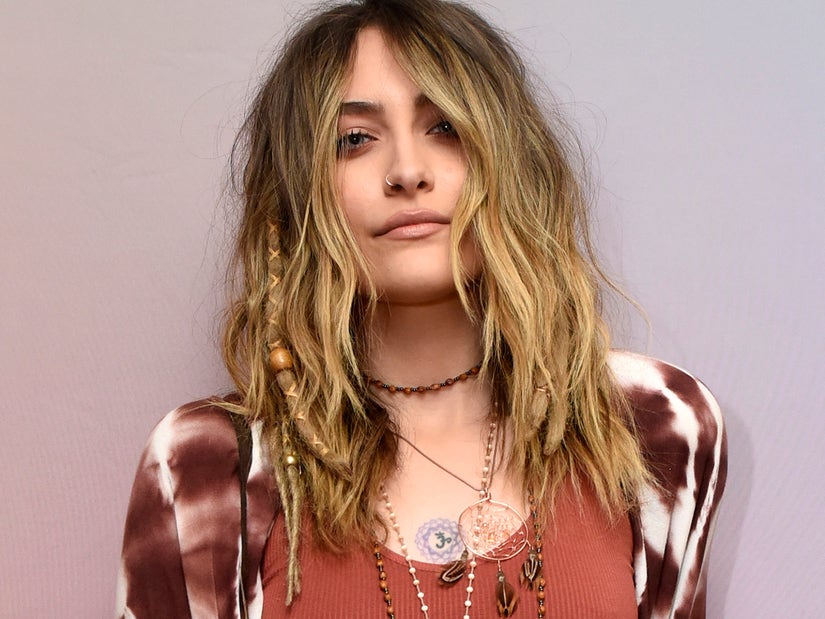 She and her siblings wore masks while in public with their father and were hounded constantly by the media.

It's been years now since Paris Jackson has been subjected to the heightened level of media scrutiny she endured growing up alongside her father, the King of Pop, Michael Jackson. But she says she believes she still suffers with "standard PTSD" over it.

While they were covered in masks as a way to try and protect them from the ever-present photographers, Paris and her siblings were nevertheless famous from the moment they were born, with tabloids scrutinizing every move made that had anything to do with them.

The constant noise of cameras and reporters bombarding Michael with questions appears to have taken a toll on Paris, who opens up about that surreal experience on Wednesday's "Red Table Talk" with Willow Smith.

"I experience auditory hallucinations sometimes with camera clicks and severe paranoia and have been going to therapy for a lot of things but that included," Paris told Willow in the new episode, per NBC News.

Willow knows a thing or two about being in that media spotlight from birth as the daughter of one of the planet's biggest stars. It's a rare and exclusive club to be a part of, being the child of a star who shines so bright you grow up in the glow of flashing paparazzi camera bulbs.

Offering a more specific example of how it can impact her day-to-day life, Paris said, "I'll hear a trash bag rustling and flinch in panic."

She revealed that one of the ways she's found to hang on to what privacy she can is by having people sign non-disclosure agreements before they come into her home.

Paris and Willow forged a friendship over their shared experiences as the children of stars, as well as some of their commonalities, including an interesting music, fashion, modeling and even their openness in discussing mental health and sexuality.

Paris said that she's found the most support as a member of the LGBTQ+ community with her brothers. She even noted that Prince joined a club in high school that brings together LGTBQ+ youth and allies. "Not a lot of people can say they have siblings that support them like that," she said.

You can check out their full conversation when "Red Table Talk" drops this Wednesday on Facebook Watch.