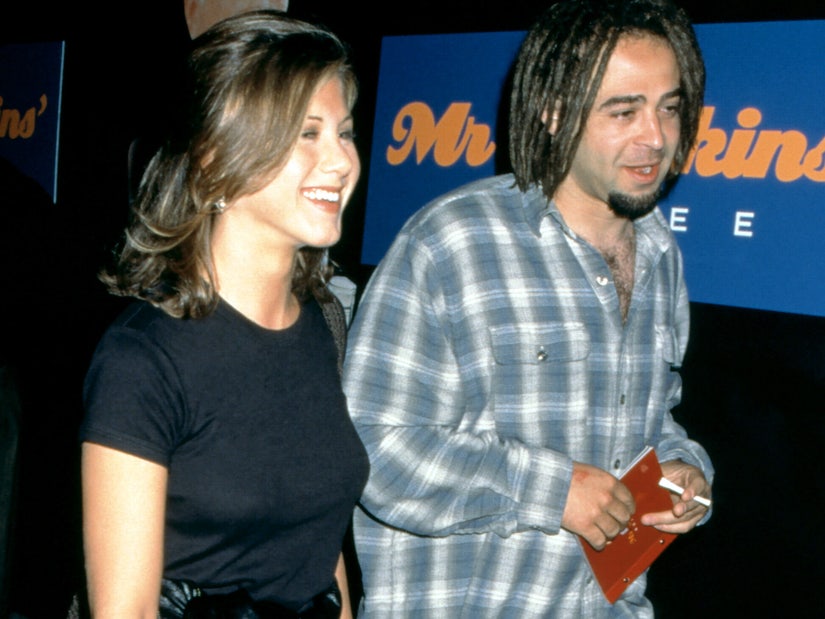 "A bunch of my friends lied to me and told me she had a crush on me."

Adam Duritz took a trip down memory lane to reveal details about the time he dated Jennifer Aniston.

In a sneak peek of VICE TV’s "Dark Side of the '90s" from ET, the Counting Crows lead singer recalled meeting the actress in 1995 at Johnny Depp's famous club, The Viper Room, in West Hollywood, noting he "lived at The Viper Room, night in and night out."

At the time, Counting Crows was just beginning to hit it big, while Aniston was starting to become a household name from "Friends."

"I honestly had no idea who she was," Duritz continued. "I had been on the road during all of 'Friends.' I had never seen it, I don't think."

He went on to say Aniston was "really nice, really funny, really pretty."

About two years later, Duritz would be linked to another "Friends" star, Courteney Cox. The pair sparked romance rumors after she appeared in the Counting Crows' "A Long December" music video.