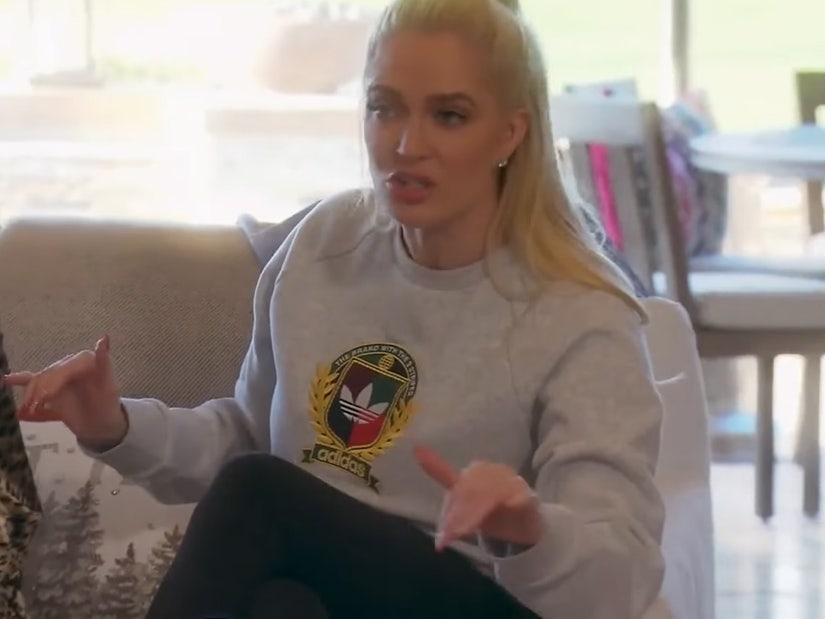 Lisa Rinna says there was a "screaming fight" between Erika and producers.

Looks like Garcelle Beauvais isn't the only one Erika Jayne fought with during the "Real Housewives of Beverly Hills" cast trip to La Quinta.

During last night's episode, Jayne snapped at her costar after Garcelle continued to bring up Erika's admission that estranged husband Tom Girardi still regularly called her. Now, we have a little more insight into why that set her off.

Sources close to the situation tell TooFab that she, Garcelle and Crystal Kung Minkoff had no idea their mics were still live as they walked to their car following a hike. At some point, Erika revealed that while she hadn't spoken with Tom, he continued to call her -- leaving messages allegedly saying, 'I love you, miss you, come home."

Though she supposedly told Crystal privately she didn't want to talk about the calls further -- something Crystal said during the episode -- Garcelle wasn't privy to that memo and brought up the calls twice more when the whole cast regrouped at Kyle Richards' home. Sources tell TooFab, Erika felt producers were "baiting Garcelle to ask" her about Tom's attempts at communication.

Our sources claim Erika then told producers she would give them what they wanted, but on her terms; and while the spat with producers was filmed by production, it was left on the cutting room floor. Evolution Media, not Bravo, produces the show. TooFab has reached out to MGM, Evolution's parent company, for comment. 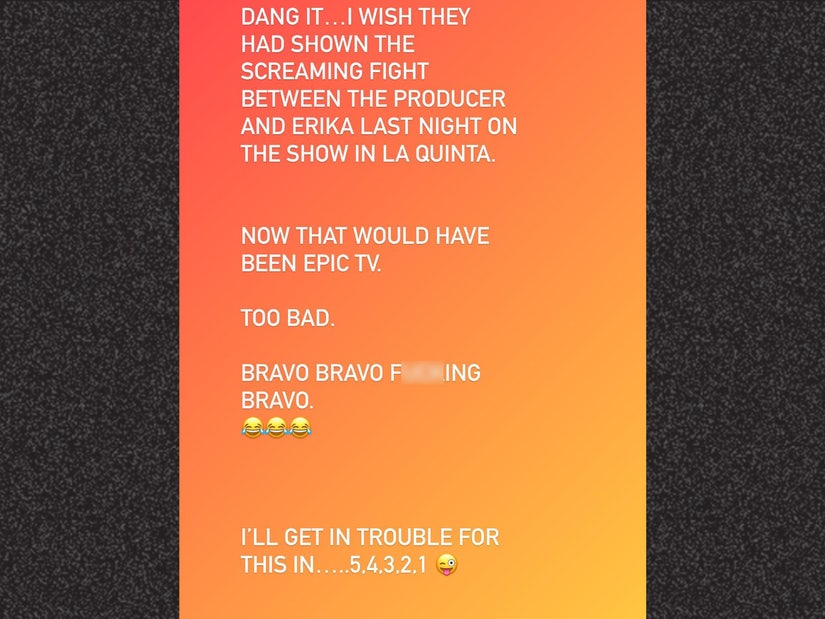 It must have been a pretty good confrontation, because Lisa Rinna posted about it on Thursday.

"Dang it ... I wish they had shown the screaming fight between the producer and Erika last night on the show in La Quinta," she wrote on her Instagram Story. "Now that would have been epic TV. Too Bad."

She then referenced Denise Richards' on-camera fights with production by adding, "Bravo, Bravo, f---ing Bravo" -- something Richards shouted as a "Don't use this footage" tactic which ultimately backfired.

See the whole cast discuss Erika's reaction to Garcelle below: