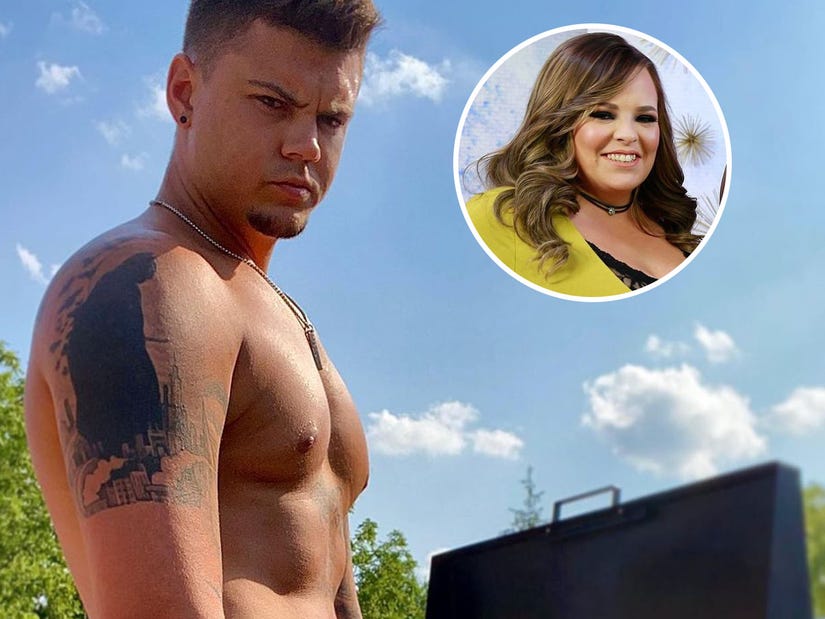 Baltierra has been updating fans on his fitness journey with a number of shirtless selfies.

Catelynn Lowell sees you looking at her man!

This week, "Teen Mom" star Tyler Baltierra shared another shirtless selfie to his Instagram page to show off his body transformation as his fitness journey continues. The reality star has been putting on muscle mass and losing body fat steadily since 2020.

The picture certainly caught the eye of his wife Catelynn, who commented, "Heyyyyy sexyyyyyy." She wasn't the only one who was drooling over the photo, however, as the comments were filled with fire emojis and comments like "Damn damn damn damn damn damn" and those called Lowell a lucky woman.

Catelynn definitely clocked those comments too, as she later posted again and wrote, "All these thirsty girls on here 😂😂😂😂 STAY wishing because this is what I sleep next to every night and forever!!! 🥰🤞😬 #gtfoh"

Earlier this year, Lowell revealed he had put on about 34 pounds since his transformation began in early 2020.

"won't ever stop fighting even when my body is bleeding broken & all bruised stumbling," he captioned his latest photo. "It will not inhibit my journey. I'll just keep rising & learning while adapting any strategy needed to reach my peak of victory, which is dethroning any rival enemy."

"So go ahead & sick the devil on me, he's nothing compared to my energy, if he's a legendary beast then I'm a medieval king," he continued. "Addicted to the thrill of hunting, when riding upon my dragon, fire breathing everything to ashes, I'll keep pillaging every village until I find him so I can kill him & every one of his cruel demons."

"So go ahead, draw that sword & test met, just don't forget that all of my trauma created armor that's immune to evil karma," he concluded. "Because if you want to start receiving anything worthy of deserving, then get better at what your giving. Since I've mastered that cosmic balance, which always protects me from damage."

He also added the hashtags for #FitnessJourney #WritingIsHealing and #WritingIsMotivating, suggesting his caption was something he wrote himself.