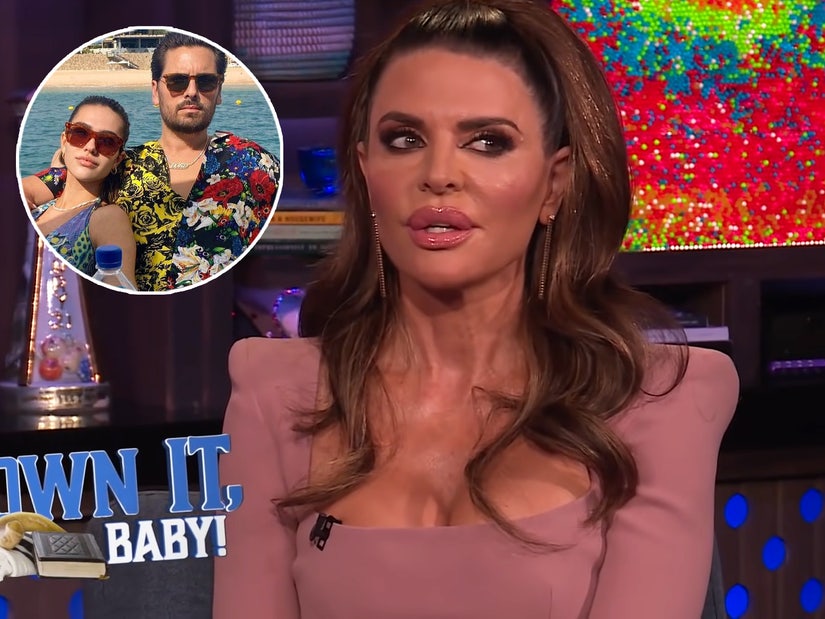 The actress also opened up about how she treated her former "RHOBH" co-star Denise Richards.

While appearing on Wednesday night's episode of "Watch What Happens Live with Andy Cohen," the  "Real Housewives of Beverly Hills" star participated in a Yom Kippur-inspired segment titled, "At-Own It, Baby," in which she and fellow guest Sarah Paulson were encouraged to confess things they may possibly wish to "atone for."

During the game, Lisa, 58, was asked to reveal the "worst thing" she's said about Scott "behind his back."

"You know, I have actually been quite nice about Scott Disick and I would never say that out loud ... I might have thought things that weren't very good," she replied, before asking, "Can I atone for my thoughts?"

Earlier this month, it was reported that Amelia, 20, and Scott, 38, had called it quits after nearly a year together. After the news of their breakup started making the rounds, Lisa reacted to the split with a simple smile emoji in the comments of Us Magazine's Instagram post.

The "Days of Our Lives" star has made it no secret she wasn't exactly a fan of her daughter dating Scott, commenting on the relationship numerous times during the most recent season of "RHOBH."

During an episode last month, Lisa expressed support for her other daughter Delilah's relationship with Eyal Booker, saying neither she nor Harry would object if they got married. "I can't say the same for Amelia at this point," she added, "No. Like why can't [she be dating] Harry Styles? Why the f--- is it Scott Disick?"

Also during the "At-Own It, Baby" game, Lisa opened up about how she treated her "RHOBH" co-star Denise Richards in the past, admitting that she was "cruel."

"Upon reflecting, is there anything in particular you want to atone for regarding Denise?" she was asked.

"Oh yeah. You know, I don't like my behavior and how I treated her," Lisa said in reply. "I was mean and I was cruel."

"I was too cruel," she added. "I absolutely was and I would like to atone for that."

As fans can recall, Lisa and Denise had a falling out following the latter's second and final season of "RHOBH." Lisa, like most of her co-stars, felt Denise was lying to them about the alleged Brandi Glanville hookup -- thus making her a dishonest person in general.