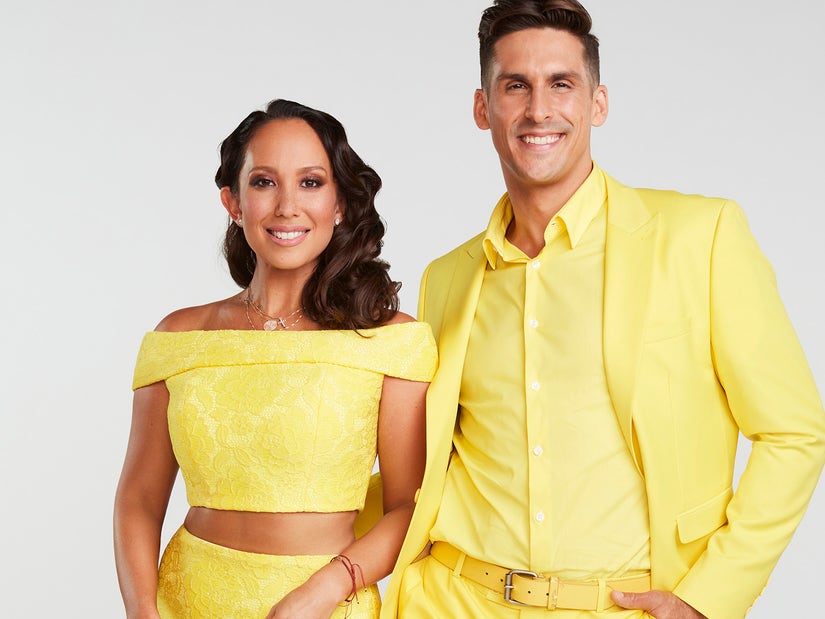 They will still perform next week -- with a wild twist.

"Dancing with the Stars" is heading into uncharted territory after both halves of one of its competing couples have tested positive for COVID-19.

Cheryl Burke revealed her positive test over this past weekend, necessitating the couple pulling out of any live in-studio appearances during Monday night's live broadcast. Instead, they were allowed to compete using rehearsal footage. They were not eliminated.

On Thursday, her partner Cody Rigsby shared a video to his Instagram page, where the star Peloton instructor revealed that he, too, has now tested positive for Covid. On top of that, he's also suffering some mild symptoms, "congestion, cough, a little bit of a headache."

Rigsby said it is his second time this year getting Covid, but his symptoms are much milder this time, which he credits to antibodies and the vaccine. In his caption to the video, Rigsby wrote, "To properly rest and recover as well as avoid exposing others, I will be taking a break in the coming days."

"As far as my fate on 'Dancing with the Stars,' we are still trying to figure that out right now," Rigsby explained in the video. "So please be patient with that answer."

We didn't have to remain patient long, however, as ABC's Zohreen Shah teased on "Good Morning America" that the two would still be performing a couple's dance, "in two totally different rooms." Shah added, "The two will each be alone, in separate homes, regularly monitored to ensure they can dance safely."

"We're going to be doing it from the comfort of our own home," Burke added. "Look at that, I've turned our living room into a ballroom."

"I'm feeling OK," said Rigsby, "but I'm so excited to dance for Britney week on 'Dancing With the Stars one way or the other.'"

Burke offered another update of her own on Wednesday, sharing to her YouTube channel that she's also starting to deal with Covid symptoms, having lost her taste and smell now, as well as some congestion, etc. She, too, credits being vaccinated for keeping all of her symptoms mild.

As she talked about how much she's missing being away from "Dancing with the Stars," she appeared to be speculating that there was talk of Rigsby dancing with another professional partner in the short term -- there is precedent for that as a temporary solution. But that was before his own positive diagnosis today.

As for concerns about a "DWTS" Covid outbreak, Burke says that her positive status was discovered before she and Rigsby went in for camera blocking last week and before they were around anyone on the crew, so she's confident that won't happen.

You can check out her entire update video below: