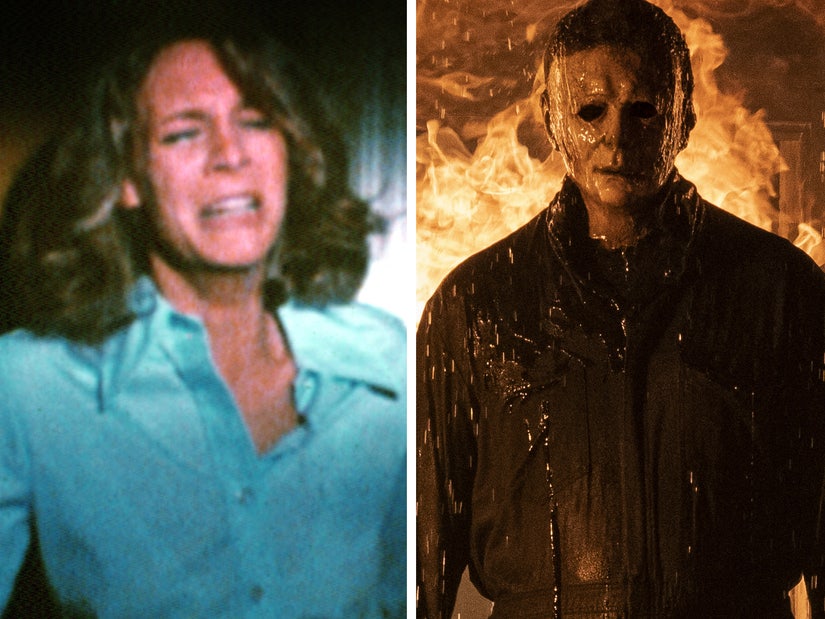 While the first movie is considered a classic, critics haven't been as kind to many of the sequels.

When the first film in the "Halloween" franchise was released in 1978, director John Carpenter had no idea his low budget scary movie was about to set the standard for the modern horror film. Since debuting over 40 years ago, the iconic film has spurred eleven other movies in the franchise -- across multiple timelines -- and inspired hundreds of imitations in the same genre.

But despite the cultural impact of the original "Halloween" flick, it's been hard for its successors to live up to its overwhelming success. In fact, many of the films in the franchise have been panned by critics, with only three receiving a passing grade from those who reviewed it. But because audiences keep returning to the series, with 2018's "Halloween" reboot becoming the highest-grossing slasher ever, the franchise doesn't show any signs of slowing down, even with "Halloween Ends" planned for 2022.

Here's what the critics across Rotten Tomatoes had to say about the "Halloween" franchise -- ranked from worst reviewed to best.

12. "Halloween: The Curse of Michael Myers"

Not even Paul Rudd could save this one! In the sixth installment of the "Halloween" franchise, "Halloween: The Curse of Michael Myers," the masked killer is back six years after being presumed dead in a fire. The flick took a deeper dive into Michael's origin story and unveiled his supernatural abilities, a storyline which earned overwhelmingly negative reviews from critics. The "convoluted" and "outlandish" plotline was panned compared to previous films, with the New York Times even professing that the franchise had "obviously run out of steam."

The so-called "Producer's Cut" was later released officially in 2014 and, while an improvement, still makes for a messy movie.

In 2002, "Halloween: Resurrection" took the franchise into the digital age. When a group of teens win a contest to spend a night in Michael Myers' childhood home, it gets live streamed on the Internet – and things take a disastrous turn. While critics from the LA Times admitted it wasn't the "worst film in the series," others couldn’t help but criticize the "low-effort" knockoff compared to previous films and disapproved of it’s "kitschy" internet plotline.

"Like its parade of predecessors, this 'Halloween' is a gory slash-fest. It can't escape its past, and it doesn't want to," The Chicago Tribune wrote.

It also didn't help that the movie starts by killing off Laurie Strode, as Jamie Lee Curtis was contractually obligated to appear in it as part of her deal to get "H20" made. She's gone on to call the film a "joke."

10. "Halloween 5: The Revenge Of Michael Myers"

In "Halloween 5: The Revenge Of Michael Myers," the unrelenting villain awakes from a year-long coma and finds his way to his small hometown, intent on killing his mental institution-confined niece (Danielle Harris, returning from Part 4).

Some critics called the film "the beginning of the end" for the franchise while condemning its "aimless" plotline. TV Guide even called the movie "Frustrating, confusing, loud, and offensive."

As the second film in "Halloween" reboot series, Laurie has reached a breaking point after discovering that she's Michael's sister — a year after he attempted to murder her. While some critics praised director Rob Zombie for finally "reinventing" the franchise, other reviewers condemned it for being "devoid of wit" and for its violent "routine slasher scenes."

"At one point in the film, a character is accused of 'profiteering off the miseries of others' and that is exactly what Zombie will do to you if you see this movie," Cinemablend wrote.

In 2007, "Halloween" got a reboot from Rob Zombie which saw Michael escape two decades after being committed to a mental institution. He returns to his hometown, intent on killing his younger sister Laurie. Critics admitted that it didn’t live up to the original John Carpenter film and called the flick "grim and nasty" instead of scary.

"The result, though undeniably preferable to yet another misbegotten installment of the long-exhausted franchise, certainly doesn't compare to John Carpenter's landmark original film," The Hollywood Reporter wrote. Of his two films, Zombie said he prefers the second one, because he was able to put his on spin on it more.

7. "Halloween 4: The Return Of Michaels Myers"

In the fourth installment of the "Halloween" series, "Halloween 4: The Return Of Michaels Myers," the masked murderer escapes custody while being transported between hospitals and sets off to find his one living relative. This film and 5 revolve around Jamie Lloyd, the daughter of Laurie Strode, who died somewhere between the second and fourth film.

At the time, critics said the movie felt “rushed” and didn’t offer the "inventiveness of the original" film. The Washington Post even went as far as to call the film a "cheap knockoff of its prototype, but not half as visceral."

The second flick in the "Halloween" franchise picks up where its predecessor left off as Michael violently hunts down Laurie in the hospital where she is being cared for. It's also the movie that first introduces the idea of Michael and Laurie being siblings.

Critics widely saw the movie as a "bad sequel to a good movie" that landed it in a "dead end" and failed to set up any future films. "This uninspired version amounts to lukewarm sloppy seconds in comparison to the original film that made director John Carpenter a hot property," Variety wrote.

5. "Halloween III: Season Of The Witch"

As the third movie in the "Halloween" franchise, "Halloween III: Season Of The Witch" is the only film in the series that doesn't feature Michael Myers. Instead, it focuses on an emergency room doctor who sets out to uncover a terrible plot by a madman who's planning a Halloween mass murder utilizing an ancient Celtic ritual.

Some critics called the deviation from the franchise's plotline as "atrocious" and a "dirty trick" on "Halloween" fans, but the movie has gone on to have a big cult following.

"​​Halloween H20: 20 Years Later" sees the return of original cast member Jamie Lee Curtis, 20 years after the original film debuted, ignoring everything after the second movie. Her character Laurie once again finds herself hunted by Michael — even though she's living in Northern California under a fake name.

The film received mixed reviews from critics, with the LA Times calling it a "work of superior craftsmanship in all aspects" while Detroit News said it was “as predictable as all the other slasher flicks that followed 'Halloween.'"

In the latest installment of the franchise, "Halloween Kills" picks up minutes after Michael is left caged and burning in Laurie Strode's basement. Unfortunately, he's able to escape the trap and his ritual bloodbath resumes. While it earned a passing grade from critics, the movie received subpar reviews for failing to advance the plotline. Time Out even called it "so rote and old-school" while Variety said it was "a mess."

"'Halloween Kills' certainly feels like more 'Halloween.' But the game board is left exactly as it was found it in readiness for round 13; the only thing that advances is the body count," The Telegraph wrote.

As the eleventh installment in the "Halloween" franchise, the 2018 film is a direct sequel to the 1978 film of the same name. Ignoring every other film in the series, this one picks up 40 years after the night Laurie survived a vicious attack from Michael, who has been locked up in an institution ever since. In this timeline, the two are not siblings.

When his bus transfer goes wrong, he is able to escape and heads to Haddonfield for another killing spree, eventually winding up in Laurie's crosshairs. Critics praised the decision to wipe the slate clean and give the first film a proper sequel, bringing back "everything memorable" from its roots.

"If this is Lee Curtis' final Halloween film, and that's far from a safe bet, it's a fitting goodbye. It's not a match for her first outing, and it was never likely to be, but 40 years on it's the closest any sequel has come," NME wrote.

The original "Halloween" film proved to be the best of the franchise, introducing viewers to Laurie and Michael Myers for the first time. The "scary, suspenseful, and viscerally thrilling" movie received almost a perfect score from critics across the board.

Considered one of the most "frightening films" ever released, it "inspired a million imitations as well as sequels" and set the standard for modern horror films.

"'Halloween' remains untouched — a modern classic of the most horrific kind," Reelviews wrote.

"Halloween Kills" is in theaters now and available on Peacock.