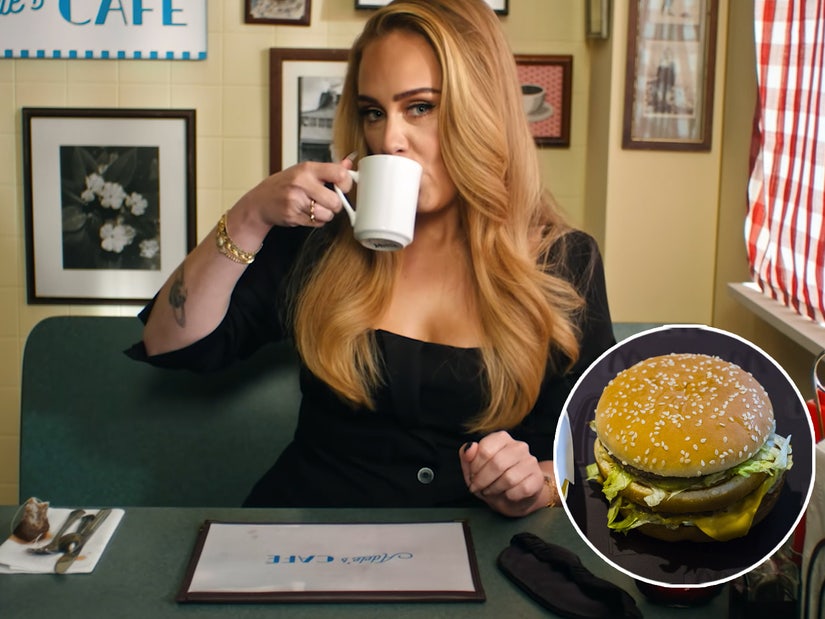 Adele may be from the U.K., but she says her last meal on Earth would come from a classic American fast food chain: McDonald's.

In a video for British Vogue, which was posted on Monday, the singer's knowledge of famous British dishes was put to the test. As shown in the clip, Adele, 33, sampled a series of traditional British meals -- including fish and chips, cockles and a full English breakfast -- and had to guess each dish while blindfolded.

However, at one point during the fun clip, the Grammy winner expressed her love for none other than McDonald's, revealing she eats a "three-course" meal from the Golden Arches "at least once a week." 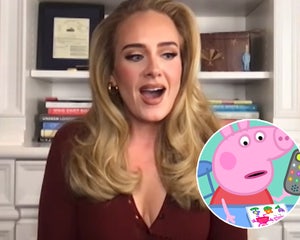 "My ideal meal, my death row meal, my last meal, would be a McChicken Nugget with a Big Mac and then fries," Adele said.

"That's my three-course. I eat it at least once a week!" she added.

During another moment in the video, the "Easy On Me" singer shared that she started cooking meals for herself years ago.

"I learned to cook on my own maybe when I was like 18," Adele said. "[For] maybe two months, I was getting loads of takeaways, and it was just costing too much money, so I think I read '30-Minute Meals' by good old Jamie Oliver. That's how I learned the basics of cooking."

"Even Italians that I know have said this: that I make an incredible spicy pasta," she added.

Meanwhile, Adele went on to reveal what her "favorite British dish" is.

"[It] would be a Sunday roast, which I'm pretty great at doing every single Sunday," she said, noting that it's her son Angelo's "favorite" meal as well.

The "Hello" singer went on to add that she enjoys the South African fast food chain Nando's, which is popular in the U.K.

"I get like a quarter chicken with some coleslaw, some rice and some fries, and I get like medium peri heat [and] peri sprinkles on my fries as well," she said.

See more in the full clip, above.

Adele covers the November 2021 issues of both American and British Vogue, becoming the person to simultaneously grace both magazine covers. In the wide-ranging, in-depth profiles, the Oscar-winner addressed uproar over her incredible 100-pound weight loss, as well as what led to the transformation. See what Adele had to say, here.

Last Friday, Adele released her first single in six years, "Easy On Me" — Check out the music video here. The track comes from her long-awaited "30" album, which will drop on November 19.