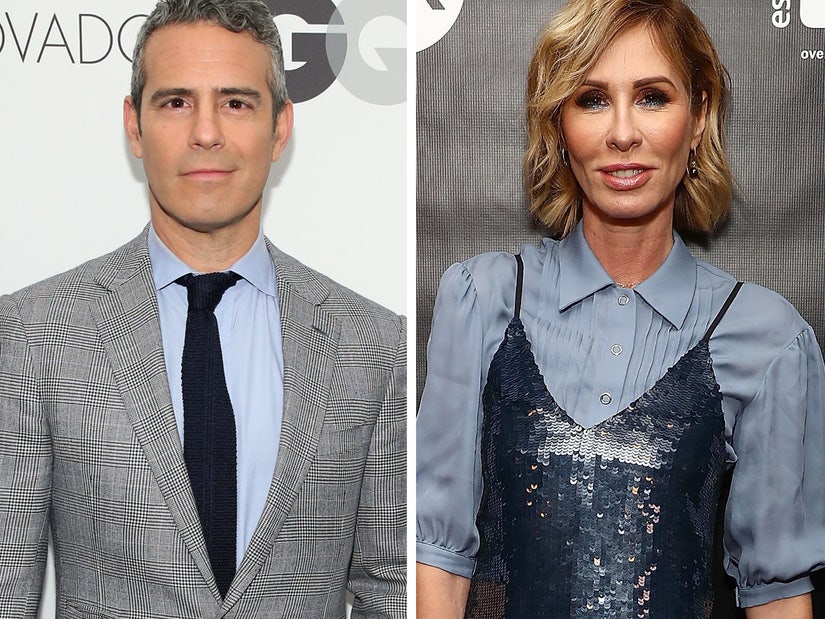 The oral history of the Real Housewives franchise, "Not All Diamonds and Rosé: The Inside Story of The Real Housewives From the People Who Lived It," has caused quite a bit of drama since dropping last week, including a dust-up between Carole Radziwill and Andy Cohen.

After Andy claimed in the book he was "rubbed the wrong way" for the way Carole exited RHONY, believing he had "changed her life," Radziwill tweeted on Wednesday, "Just another man telling a woman she ought to be more grateful. Housewives changed Andy Cohen's life, not mine. And Bravo built a 100million dollar franchise on the backs of women."

On Monday's episode of his SiriusXm show "Radio Andy," the Bravo boss said he finally had a chance to "take on" Carole calling him out, which surprisingly began with him giving her some credit.

"She is right in that the show and the women completely changed my life," he claimed. "Without the Housewives, I would not be where I am, as I've said to anyone who would listen."

He went on say that he could "not be more grateful" to the show and to the women who changed his life. "And not just the women on the show, but the women who produced the show."

Sharing the high percentage of females who make up producers on the Housewives franchises, Andy added, "Women run Bravo."

"If you say it has been built on the back of women -- it's built by women, for women, women changing women's lives -- it's about the women."

Concluding the segment, Andy's co-host brought up the fact that Carole "got petty" and trashed other women in the book, to which Andy backed up and said the move wasn't quite "feminist" of Carole.

Meanwhile, Bethenny Frankel -- one of the few Housewives who didn't participate in the tell-all -- hadn't commented on the book up until Monday, when tweeted, in what appeared to be a sarcastic tone, "I think we need more stories about women trashing women…Or….we can publish a book about it? Is that a good idea? #2021."

I think we need more stories about women trashing women…Or….we can publish a book about it? Is that a good idea? #2021 PS. I’ve had my regrettable moments but capitalizing on our weaknesses? That’s “rich”….literally #WomenSupportingWomen lol

No clue . I vaguely remember being approached about it & taking a hard left…but I don’t know. It just keeps coming up. Yay for them but every day from me to Carole to Kelly to Teresa to Danielle to heather to Sonja etc. Nobody gets out without paying the bill… https://t.co/y65N1I7N00

"PS. I’ve had my regrettable moments but capitalizing on our weaknesses? That's 'rich'….literally #WomenSupportingWomen lol."

As for any indication why she refused to be a part of "Not All Diamonds and Rosé," Bethenny followed up, posting, "I vaguely remember being approached about it & taking a hard left…but I don’t know. It just keeps coming up."

In the same tweet, she also replied to a fan asking if Andy was profiting off the book by saying she had "no clue."

When another follower said she wished Bethenny had been interviewed for the book, the Skinny Mogul founder replied that she would spill the tea on her own podcast.

The new episode of her Just B podcast drops Thursday -- expect more then!