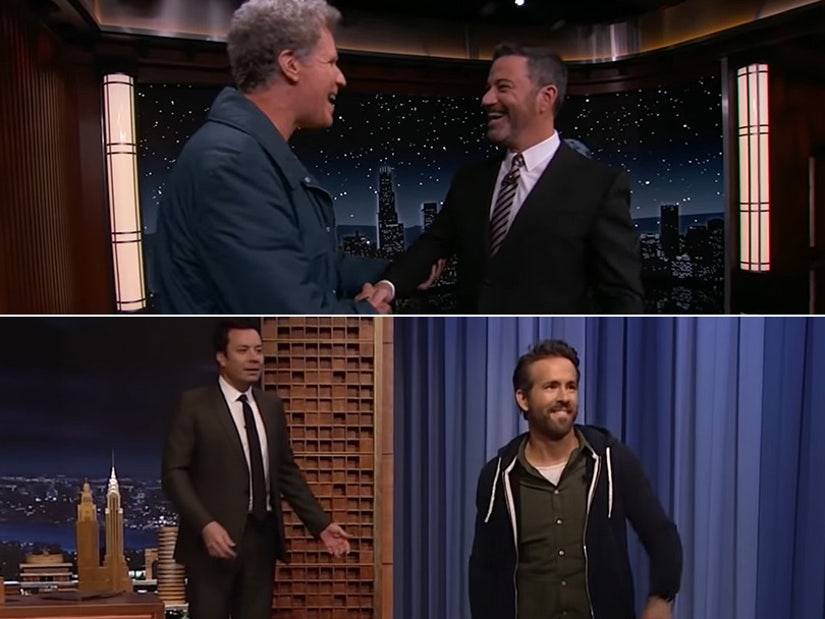 The two actors swapped their scheduled appearances with the late-night Jimmys -- Reynolds showed up on Fallon in place of Ferrell and vice-versa!

Is it possible that they just can't tell their late-night Jimmys apart? Jimmy Fallon had booked Will Ferrell for "The Tonight Show" on Wednesday, while "Jimmy Kimmel Live" was expecting Ryan Reynolds.

Without telling either host, the two actors coordinated an epic two-show prank -- and all they had to do was show up for the other's interview. Neither Jimmy had any idea what was going on when the wrong guest showed up. 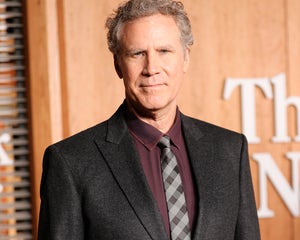 Even viewers were probably left confused, as the two shows air at the same time. It was only after it all went down that things became clear, and the full beauty of the great late-night switcheroo was revealed.

In the moment, though, we got a glimpse of how the hosts handled the unexpected surprises in very different ways, even as their guests had at least coordinated part of their plan.

Over on "The Tonight Show," Fallon looked like he was trying to roll with it, as if it was a pre-planned bit. Over on "Jimmy Kimmel Live!" though, Kimmel was just laughing in astonishment from the moment Ferrell walked out after he'd introduced Reynolds.

“Yeah, Ryan couldn’t make it," Ferrell explained to Kimmel. "I got a text from him, said he was running late, which usually means he’s not gonna show up.”

It's a similar story to what Reynolds was telling Fallon at essentially the same time. "“I just put the kids to bed I was walking the dog around the block, Will called, said he was running a little late, asked me if I’d jump in for him, and I said, ‘Anything for you, Will? I’m in.’" 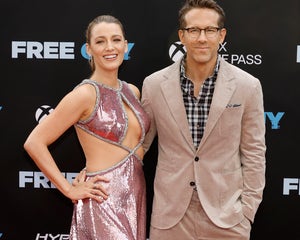 "Look, I’m uncomfortable with the word hero, but I’m here," Reynolds continued after no one had called him a hero. "I’m just as disgusted as you are with these plastic playboy Hollywood prima donnas that think they can just, you know, have a talk show appearance and not show up. You know, it’s dis-- Will Ferrell, too, he loves late-night talk shows! He’s a late-night talk show slut, yet he just doesn’t even-- who blows this off?"

Both guests were absolutely determined to only plug the other's project -- they refused to talk about their own. That meant Reynolds talking about Ferrell's upcoming Apple TV+ mini-series, "The Shrink Next Door."

"It's 'Ant-Man' adjacent," he tried, but when Fallon shot that down, he went with a description of "Honey, I Shrunk the Kids." Finally, Fallon played a clip after which Reynolds realized, "Holy s---, that's nothing like 'Ant-Man' at all!" 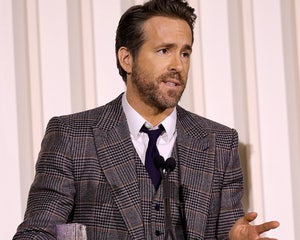 Ferrell was just as prepared to talk about Reynolds' upcoming movie with Dwayne Johnson and Gal Gadot, "Red Notice."

"Haven't seen a stitch of it," he told Kimmel with a smile. "I saw the billboards, they’re wearing tuxedos. So you know it’s going to be classy."

When Kimmel told him that they had a clip, Ferrell was even more excited, "Oh, I would love to see it, because that would help me out," he said.

Kimmel then asked if he was game to answer the questions he'd prepared for Reynolds, and Ferrell was down to do anything to help a friend. Ferrell talked about his lovely wife, Blake Lively, who it turns out is a great cook ... of oatmeal. 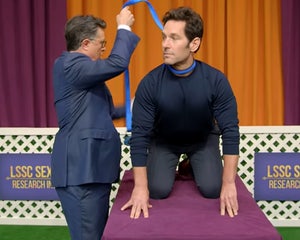 He broke down what a "snap election" was in Canada, and compared his abs to one in a picture Kimmel showed. He wasn't quite ready to do the standing backflip, but was more than willing to show off the rap skills he apparently picked up during the pandemic.

Both segments were just beautifully awkward and wonderful at the same time. And enjoying them both together is really the only way to fully appreciate what the duo did to the two Jimmys.

It was made even better by their absolute commitment to promoting the other's upcoming projects, even as they knew only the basics about them. But they did know who was starring in them and when they premiered, so they did just enough homework to come through for friendship!

Next up, we vote that the Jimmys themselves switch shows without telling the guests or anyone on their respective crews!