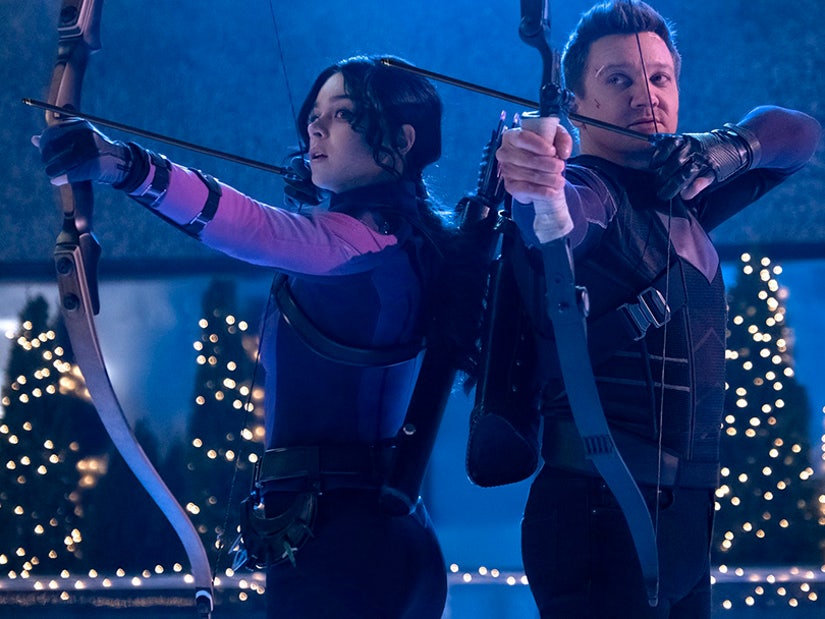 "Black Widow's" Yelena Belova (Florence Pugh) is just a drop in the bucket compared to the return of this Marvel heavy-hitter!

Need we explain that here there will be spoilers galore? If you want to enjoy the surprise for yourself then we'd suggest you not only avoid this article, but perhaps the entire internet, as "Hawkeye's" latest surprise MCU guest star just blew it up, until you watch the fifth episode.

Not wanting to save its big reveal for next week's big finale, the closing minutes of this week's "Hawkeye" proved that Florence Pugh's Yelena Belova, from "Black Widow," is just the tip of the iceberg when it comes to major Marvel guest stars. 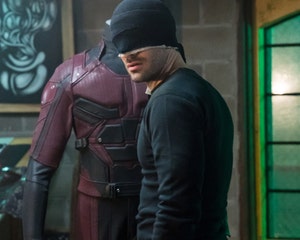 This one has far deeper ramifications for the larger Marvel Cinematic Universe, as well, considering the implications it lays bare. Let's just say, there's a whole street-level exploration of the MCU that's been missing for a few years now. It might be on its way back.

Kevin Feige teased fans already that Charlie Cox is still the MCU's Daredevil, despite the cancellation of all of the well-received Netflix "Defenders" family of series, including "Daredevil," "Luke Cage," "Jessica Jones" and "Iron Fist" -- okay, almost all well-received.

After Disney's acquisition of Marvel, it was established that Disney+ would become the new home of Marvel television series, and they'd be produced by the same Marvel Studios that creates the feature films, instead of its television offshoot, which is where we got the Netflix series and ABC series like "Agents of S.H.I.E.L.D." and "Agent Carter."

One by one, Marvel canceled all of the Netflix series, despite the fact they seemed to be doing very well on the streamer -- except for "Iron Fist," which was terrible -- with fans hopeful this meant that maybe they would be bringing the properties in-house for a proper reboot. 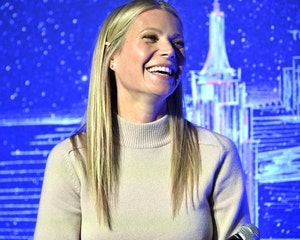 But then years passed, a pandemic struck and nothing happened. Feige's comments about Charlie Cox gave fans hope -- they're hoping he'll show up in "Spider-Man: No Way Home" -- but now they're got even more reason to believe. Because now things just got real.

In the final moments of "Hawkeye," Kate Bishop (Hailee Steinfeld) slid her phone over to Clint Barton (Jeremy Renner) to share with him the towering figure that her mother was talking to. "That's the guy I've been worried about this whole time," Clint tells her. "Kingpin."

And not just any old Kingpin, but Vincent D'Onofrio of "Daredevil" fame. In other words, the Netflix series happened -- or at least some portion of them did. Kingpin is out there and suddenly the door is open for other "Defenders," as well as their villains.

Considered one of the best villain portrayals in any superhero property, D'Onofrio's Kingpin might be as beloved as J.K. Simmons' J. Jonah Jameson. Sometimes an actor and a role come together and it's just magic.

While we only got a single snapshot of D'Onofrio's crime boss in this episode, we expect we'll see more of him in next week's "Hawkeye" finale. In the meantime, that one photo was enough to launch a feeding frenzy on Twitter. 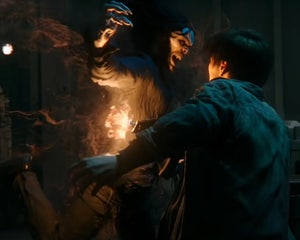 HAWKEYE SPOILERS
.
.
.
.
.
.
.
The moment we all have been waiting for. The GOAT is here and he is here to STAY!! #Kingpin #Hawkeye pic.twitter.com/FlJr1QVq2h

The moment when every Comic Book fan in the world screamed late at night #Hawkeye #Kingpin pic.twitter.com/WepnnqRbh8

Brace yourselves for KINGPIN #Hawkeye pic.twitter.com/dn1ddcE3lv

I HAVE BEEN WAITING FOR THIS THE WHOLE SERIES! ALSO THE PHOTO AT THE END OF THE CREDITS ARE AMAZING #Kingpin pic.twitter.com/9pgOsQaEWF

#Hawkeye spoilers
/
/
/
/
/
/
/
/
/
IF KINGPIN AKA WILSON FISK IS BACK THEN THAT MEANS…WILL MY BOY BE BACK SOON…VERY SOON…AS IN A CERTAIN MOVIE THIS WEEK?! pic.twitter.com/WOs5B68AbO

Kingpin reveled at the end of the episode and it’s the same Wilson Fisk from the Daredevil Netflix series #Hawkeye pic.twitter.com/sKsDSpre42

THE FACT THAT CLINT KNOWS WHO KINGPIN IS TOO???? pic.twitter.com/VZs0GQHSGM

WE WON FANDOM WITHOUT FEAR, WE WON. AND WE WILL KEEP WINNING TODAY. #Hawkeye #Kingpin https://t.co/JKsBK6ksb2

I’m ready for Kingpin to steal the show next week #Hawkeye pic.twitter.com/O9EzZmMSxz