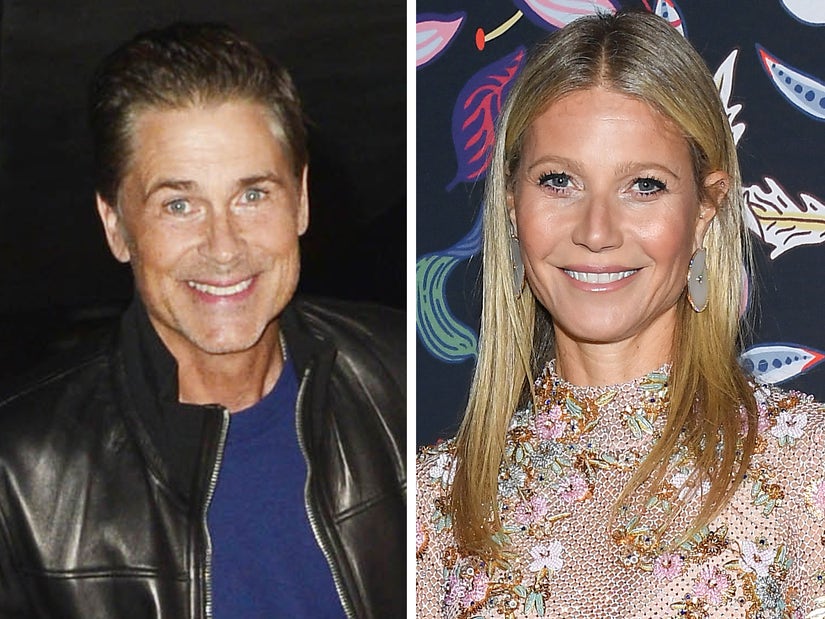 The actor opened up about the story, and offered a hilarious message to Paltrow’s ex-husband Chris Martin and current husband Brad Falchuk.

Rob Lowe is sharing details about the time his wife Sheryl Berkoff now-infamously taught actress Gwyneth Paltrow how to perform oral sex when she was a teenager.

While appearing on Tuesday's episode of "Jimmy Kimmel Live!," Lowe, 57, hilariously opened up about the story. 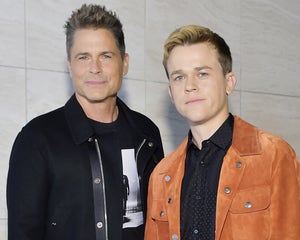 "Here's the thing: The good news is my wife doesn't watch anything I do so she won't be watching this, so I can say it," Lowe told Kimmel. "When Gwyneth was a little, precocious 18-year-old, my wife was still a makeup artist on a movie that Gwyneth's mother Blythe Danner was working on. Gwyneth came to visit and Sheryl would give her cigarettes and they'd go out and smoke behind the trailers."

"She was like a big sister to Gwyneth, still is," he added.

"And, apparently, Gwyneth told me on the podcast, I had no idea but I must thank her, that my wife taught Gwyneth how to -- how should we say this on network television? It's your show," Lowe asked Kimmel, who bluntly replied, "I think 'perform oral sex' would be the way to go. Which is a very nice thing for her to do."

In response, Lowe came back with a priceless remark, saying, "Or, as I like to say, Chris Martin and Brad Falchuk, you're welcome!" (Paltrow was married to Martin from 2003 to 2016, and tied the knot with Falchuk in 2018.)

Paltrow first shared the story while appearing on Lowe's podcast, "Literally! With Rob Lowe," back in July 2020. The Goop founder revealed that Sheryl instructed her "how to give a blow job" when she was a teenager. During the podcast interview, Paltrow detailed how she befriended Sheryl, who was working as a makeup artist with Paltrow's mom, Blythe Danner, on a television movie at the time.

"First of all, she was dating Keanu Reeves, who was my celebrity crush. And she was so cool," she continued of Berkoff, now 60. "And she knew that I was sneaking cigarettes, and she would come smoke with me behind the trailer, and she taught me how to give a blow job, and you know, all the classic Sheryl stuff." 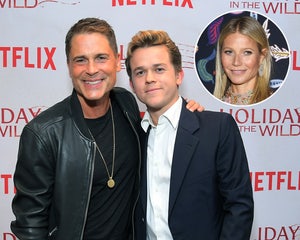 Paltrow didn't go into specifics about the sex ed class, but did say, "It was less about remembering the technique. Although I'm sure that I implemented it the first chance I got."

"2020 has been a wild ride, but this has settled it for me," John tweeted alongside a headline of the Paltrow anecdote.

He hilariously added, "I choose death by murder hornets."

Kimmel showed the tweet, below, during Lowe's appearance on the late-night show on Tuesday, joking that the "9-1-1 Lone Star" actor owes his son an apology.

"I get. I get it," Lowe said with a laugh. "That's not a visual that those boys are interested in."

2020 has been a wild ride, but this has settled it for me. I choose death by murder hornets. pic.twitter.com/O7PyU3JJky 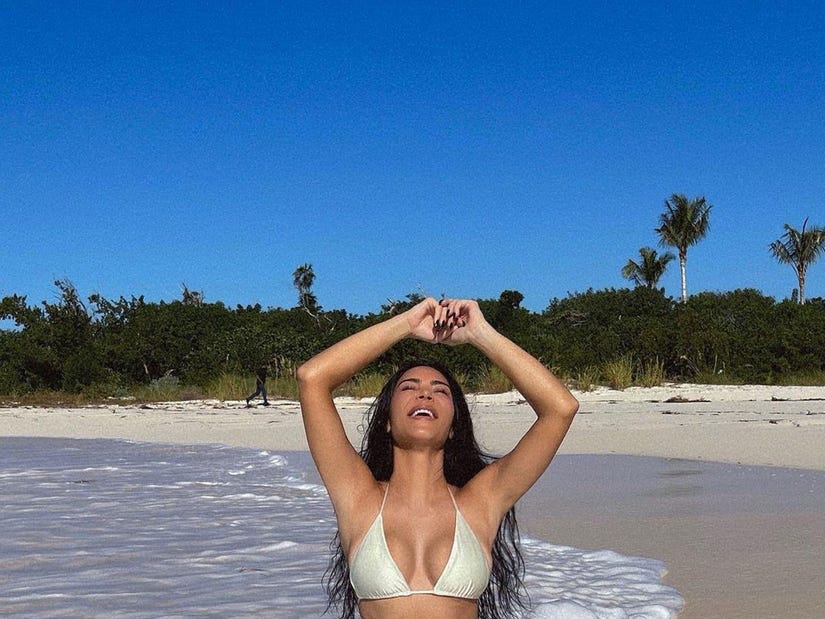