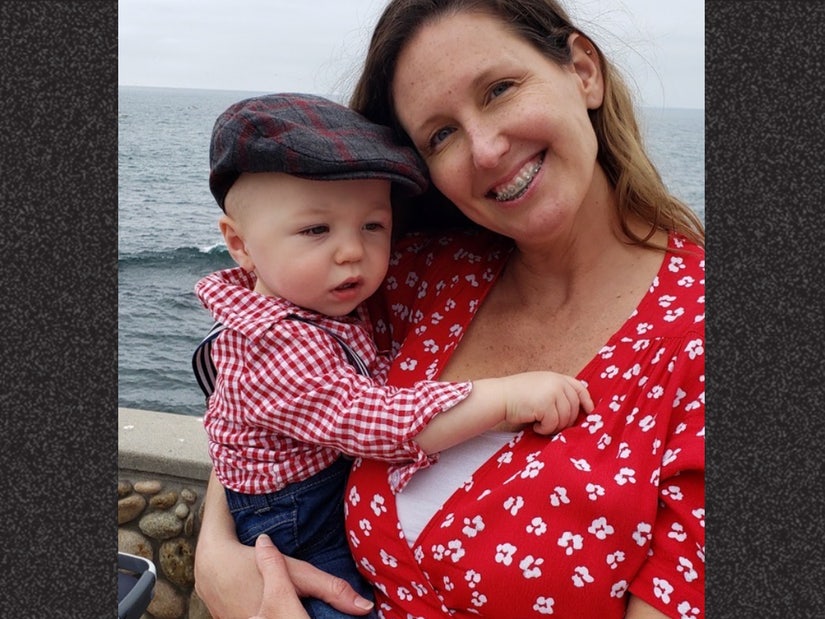 The family say the city is trying to protect itself from a lawsuit.

Investigators came to this conclusion after "detectives conducted a thorough and comprehensive investigation that included dozens of interviews, reviewing of available video footage, and collecting background information to determine what led to the deaths," she said, per the San Diego Union-Tribune.

The ruling appears to contradict at least one witness statement, which described Wilkins as "happy — laughing" when she was jumping up and down on the picnic tables, before she "lost her balance and this time, fell over the edge."

According to family attorney Dan Gilleon, the ruling is a way to protect the city — which owns 70 per cent of the stadium — from legal action.

"The city of San Diego owns that ballpark, it is legally responsible, assuming that what caused her to fall was anything but her intent," he told the publication. "The only way the city is not at fault is if she intended to kill herself and her baby."

Gilleon said police have refused to provide Wilkins' parents and sisters "an ounce of information" as to how they concluded it was a murder-suicide.

Lt. Andra Brown countered this by saying homicide investigators "do not typically (release) information to the suspect's family."

Gilleon said he knew the city would blame Wilkins, pointing out that just two days after she died, Mayor Todd Gloria commented to FOX5 San Diego "there is no need to harm a child, to traumatize others in our community."

Gloria later apologized to the family for the comment; but according to Gilleon: "Four months later, the City's police went to the media and said the Mayor was right."

The attorney holds that the city and stadium are to blame for the "extraordinarily dangerous and stupid" placing of picnic tables right beside the waist-high railing.

"...like any other property owner, (the city was) required to keep people on (its) property safe," he told the Union-Tribune.

"The city doesn't want to explain why it concluded that a young mother would kill her only child at an event where witnesses said she was happy," Gilleon added to AP. "To me, the city is acting like any other defendant in a lawsuit: blame the victim, especially if they are not able to defend themselves."

The mother and child who fell to their deaths at Petco Park have been identified.

Raquel's father Donald Wilkins told CBS8 his daughter had texted him pictures on Saturday, showing her and the toddler happy and smiling before the game.

The devastated grandfather is flying to San Diego this week to bury both his daughter and grandson.

A witness has described what allegedly happened to the mother and son who fell to their deaths at Petco Park on Saturday.

The 40-year-old woman and two-year-old boy died after plummeting from a third story upper concourse on Saturday afternoon, right before the Padres were due to play. Police said the deaths appeared suspicious; San Diego Police Homicide Unit are investigating whether or not they were intentional.

But one witness, who did not want to be identified, told NBC that the mother appeared happy and was laughing before the fall — and that she'd had a very close call just seconds beforehand.

The witness said the mother had been jumping up on the benches of picnic tables near the railings with her son in her arms. After watching her fall off the bench a first time, the witness said she was shocked to see her do it again.

"The man that was with her was standing by the railing as the woman started jumping on the bench of the table closest to the railing, holding the baby in her arms," the witness said. "She seemed happy — laughing."

"She lost her balance and fell off the bench," she added. "I remarked to my son, 'Oh my gosh she almost fell.'"

"About 30 seconds or a minute later, she jumped back up and did it again, facing the man as she jumped with the baby," the witness recalled. "I remember saying, 'I can't believe she's doing that again,' and then she was gone ... From my vantage point, looking at her back, it was almost like she rolled over the railing. I told my son, 'Oh my gosh she went over!'"

"There were no screams: It was just eerily quiet. Unfortunately, we heard the sound when they hit the ground," she added.

First responders quickly arrived on the scene, but there was nothing they could do for the two victims; they both died before reaching the hospital.

The witness gave her account to police, who are still investigating the incident. The victims, who are San Diego residents, have not been identified. The woman's partner — the child's father — is believed to have been with them at the stadium at the time.

The game went ahead as planned on Saturday, with most people reportedly unaware of the tragedy that had just occurred.

"We are deeply saddened by the loss of life at Petco Park last evening," the Padres said in a statement the following day. "Our thoughts and prayers are with the family of those involved."

"We will continue to refrain from comment on the nature of the incident as it is an ongoing investigation by the San Diego Police Department."