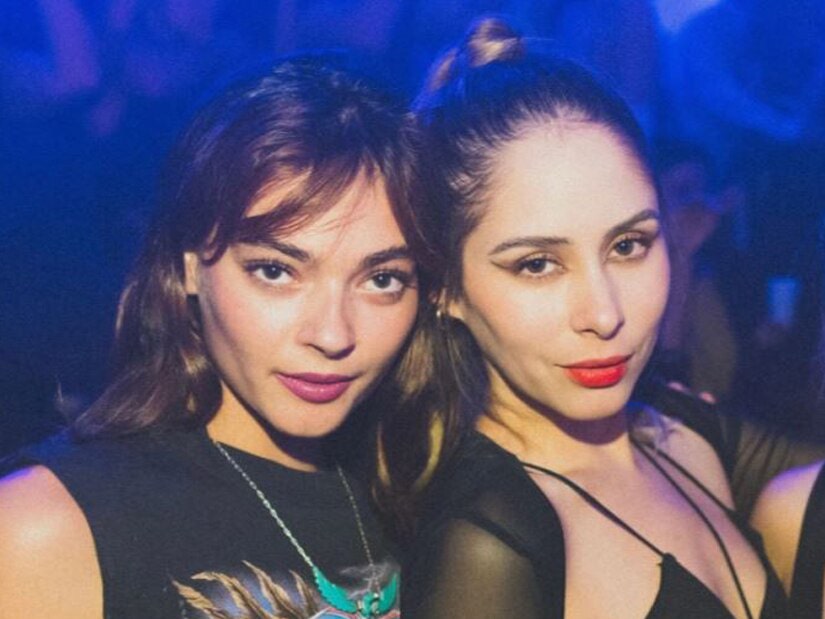 A coroner has ruled both deaths homicides: read the latest HERE

David Pearce wants a reduction in his $3.4million bail.

His defense attorney Jacob Glucksman has asked a judge to decrease the amount to $100,000, claiming prosecutors are using "old" allegations to keep him in custody while they try to connect him to the overdose deaths of Christy Giles and Hilda Marcela Cabrales-Arzola.

"This case attracted media attention because of the very unfortunate death of two women who appeared to have died of drug overdoses in or around November, 2021," Glucksman wrote in a motion obtained by the New York Post.

"The [decedents] died after apparently being in contact with the Defendant. The Court should note, however, that Mr. Pearce is not charged with any offenses related to this unfortunate incident."

"The People appear to have 'dusted off' old files against Mr. Pearce and, in turn, filed very serious offenses against him that carry the possibility of life in prison in an effort to keep Mr. Pearce detained while they continue to investigate the deaths of the women."

"The defense does not argue that the People cannot do this, however, the bail should be commensurate to the alleged offenses and not issues that, at this point, are pure speculation and media fodder."

According to the Los Angeles County District Attorney's Office, to date, nobody has been charged in connection with the overdose deaths.

While Pearce was initially arrested in connection with the deaths, on suspicion of manslaughter, the LA County DA's office instead charged him with four unrelated sexual assault crimes.

Brandt Osbourne was released on December 17; the DA's office opted not to charge him, requesting further investigation; his arrest was retroactively reduced to a detention.

According to the Los Angeles County Sheriff's Department's inmate locator, Michael Ansbach was charged with Accessory after the fact, was released on a $100,000 bond on December 16, and is due back in court on April 14. The DA's office says this has nothing to do with the overdose deaths.

Neither the LAPD, LACSD or DA's office could tell TooFab what crime Ansbach was allegedly party to.

In Pearce's bail motion, Glucksman said his client works as a freelance entertainment event planner and lives paycheck to paycheck, and could not afford it; he also claimed Pearce was at heightened risk from Covid in jail because of pre-existing health conditions.

"Counts 3 and 4 relate to offenses that allegedly occurred in 2020 and were rejected by the District Attorney’s Office for problems of proof," Glucksman wrote.

Meanwhile Giles' husband Jan Chillers told The Post of his frustration that no-one has been charged yet.

"Honestly, the biggest frustration is that they still haven’t put any charges against any of these guys for what happened to my wife and her friend," he said. "The only bit of consolation prize is that David isn’t out in the streets and is still locked up where he can’t hurt anybody else."

David Pearce has now been charged with sexually assaulting four other women.

Los Angeles County District Attorney George Gascón announced Friday that the 39-year-old was being charged with two counts of forcible rape and one count each of rape of an unconscious or asleep person and sexual penetration by a foreign object.

He is also accused of sexually assaulting a woman in August 2010, as well as raping a woman in February 2019, and two other women in separate incidents last year.

"My office takes violence against women very seriously. By aggressively prosecuting sexual assault cases, we make our community safer and protect others from becoming victims in the future," the DA said in a statement.

"This case is evolving and we continue to work with law enforcement in developing evidence of other possible crimes. If you have any information, please contact the Los Angeles Police Department immediately.” 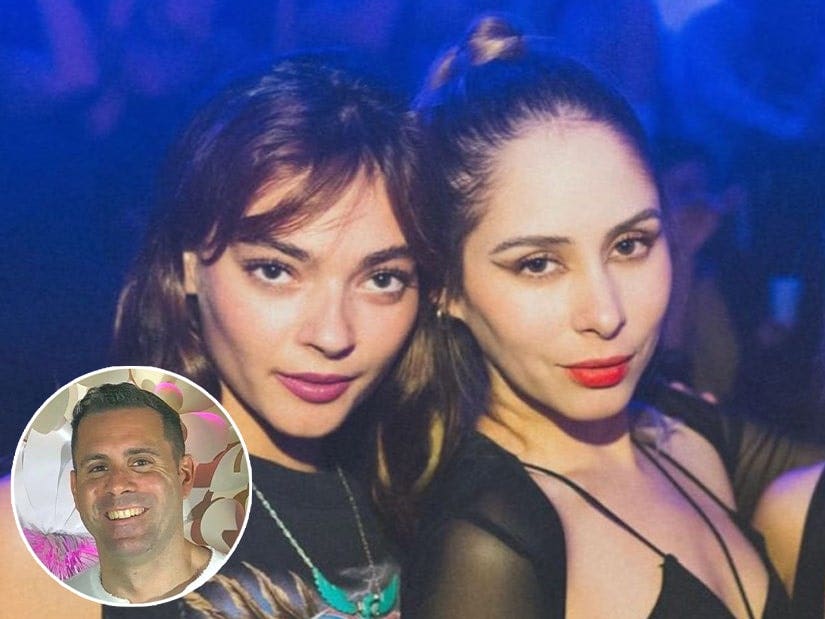 Police have arrested three men in connection to the deaths of Hilda Marcela Cabrales-Arzola and Christy Giles, who were found dumped outside separate LA hospitals last month.

Actor Brandt Osborn, 42, was arrested on the set of "NCIS: Los Angeles" on Wednesday afternoon on charges of accessory to manslaughter, the New York Post reported.

Detectives from LAPD's Homicide Bureau made the swoop as the procedural was shooting near the corner of Hollywood Boulevard and Vine Street in Hollywood.

Two other men, both also involved in the film industry, were also arrested: 37-year-old David Pearce on charges of manslaughter, while 47-year-old cameraman Michael Ansbach — whose credits include "Vanderpump Rules", "Dancing With The Stars" "LA Ink" and "The Amazing Race" — on charges of accessory to manslaughter.

"Based on the investigation, the LAPD is concerned that there could be other victims in our community who could have been drugged by one or more of these men," it said in a release.

Two other actors unconnected to the case, Alexandra Creteau and David Murrietta Jr, told the Post that Osborn told them during a commercial shoot in November that he had partied with the woman and dumped their bodies.

"'I have had the craziest weekend of my life,'" Murrietta said Osborn told him. "He told me how they'd partied, two girls came back to their place, and the girls had a bunch of drugs."

According to Murrietta, Osborn told him he'd left his apartment to get a Covid test required for the shoot, and when he came back, his roommate told him Giles was dead.

"He checked her pulse, freaked out, decided not to call 911, and they decided what to do with the body," Murrietta said.

"Then they didn't know what to do, they didn’t want to call 911 and get in trouble, so they decided to drive and drop her body at Culver City hospital."

"He was like, 'we dropped the first girl off, we came back to our place' then he checked the second girl's pulse and it was very faint, so they tried to decide what to do with the second girl."

"Got her in the car and decided to drop her off at a second hospital so they didn't get caught."

Murrietta said Osbourne told him that police had searched his apartment the day the women were found, but no charges were filed at the time.

"His biggest concern after all of this was the girls had peed in the bed during the night," Murrietta said.

A source from "NCIS:LA" told TooFab Osborn was working as a background artist that day, and is not part of the show's regular cast or crew.

The aspiring architect (pictured, right) was taken off life support on Monday after two weeks in a coma, one day short of her 27th birthday.

"We know she wouldn't have wanted to be how she was these past 15 days," her father Luis Cabrales Rivera told ABC7.

The family said her organs were donated to nine recipients, as a "last act of love." Her devastated dad told The Sun how they said their last goodbyes.

"We left at 7pm to get some rest but with the certainty that our girl is in the presence of God, resting and waiting for justice in her case," Luis said.

"My daughter would have been 27 today and we are very, very, very sad because it's a loss that we will never forget and nothing will ever be able to fill."

"This was a very, very hard process for us, sixteen days of anguish, but I also believe that God gave us that time to prepare to accept what was going to happen."

He also shared with the outlet the final note he wrote to his daughter:

"My daughter, my precious girl, I love you and always will. You have been and always will be my beautiful girl. Go to heaven without any worry. Even though your physical departure hurts us we know you are going to a better place."

“Don't worry about anything my queen, I will wait for the day in which I can hug you again. My love, thank you for all these years and for having taught me so much. I will look after your boy Tomas (Hilda's dog) and your sister Fer."

"Caro and I will always have you in our heart and mind, rest in peace my daughter, my Hiyi."

The case remains under investigation; no arrests have been made.

"I have heard that the LAPD may involve the FBI in the case in order to get those responsible behind bars," Luis added.

"If they need support from federal agencies to speed up the process they should get it, that way we can close this chapter."

An aspiring model was found dead on a sidewalk outside an LA hospital on Sunday morning — hours before her friend was discovered brain dead outside another hospital... both dumped there by the same unmarked car, their family says.

Christy Giles, 24 (pictured), and her friend Hilda Marcela Cabrales-Arzola, went to a party on Saturday night in Downtown Los Angeles, before heading to an apartment in West LA.

"Twelve hours later three men in an all black, masked in bandanas; with license plates removed, dropped Christy off on the sidewalk of a hospital," a GoFundMe for the women claims. "Christy was already lifeless and pronounced dead at the scene." 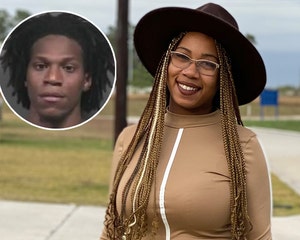 "Two hours later the same vehicle with two masked men dropped her friend, Hilda off at a different hospital," it claims. "Hilda currently remains on life support with no brain activity with little possibility of recovery."

The bereaved husband said he was visiting his dad in San Francisco over the weekend, while his wife stayed behind and went out with two friends, at 5 PM on Saturday evening — 12 hours from when she was last heard from.

The third friend went home, but told him the two women had met some men at a party down town before heading back to the apartment.

Cilliers said he and his wife had had shared their locations with each other via cellphone for safety.

"I've got all the messages that she exchanged with anybody else that night and she was texting Marcela, the girl that she was with, at 5:30 saying let's get out of here with the wide eye emoji," he said.

After digging though iCloud, he said no more messages had been sent or read.

12 hours after that last text was sent, Giles would be found dead outside Southern California Hospital in Culver City; two hours later, Hilda was found at Kaiser Permanente hospital in West LA, where she remains in critical condition.

Cilliers believes both women were drugged.

"Marcela's toxicology report came back, and I guess they found heroin in her system, which is nothing that either of those girls would ever do, not voluntarily," Cilliers told ABC.

"This story is by no means unique," Cilliers wrote in the GoFundMe. "Since Saturday we've all received a number of messages from other females who have eerily similar stories, except the only difference between them & Christy and Hilda, is they survived."

He said the fundraiser, which has already raised $81k, will go towards funeral and memorial costs, as well as private investigators "in order to put a concrete case together to bring justice for both of these beautiful, innocent young women who are no longer with us. Moreover, to protect every other female out there who has been or could be grossly affected in a similar way."

He told ABC: "People share these amazing videos that they have with her, and it just brings back her energy, and I know I'll never get to see her or kiss her or touch her again, and it's just so heartbreaking."