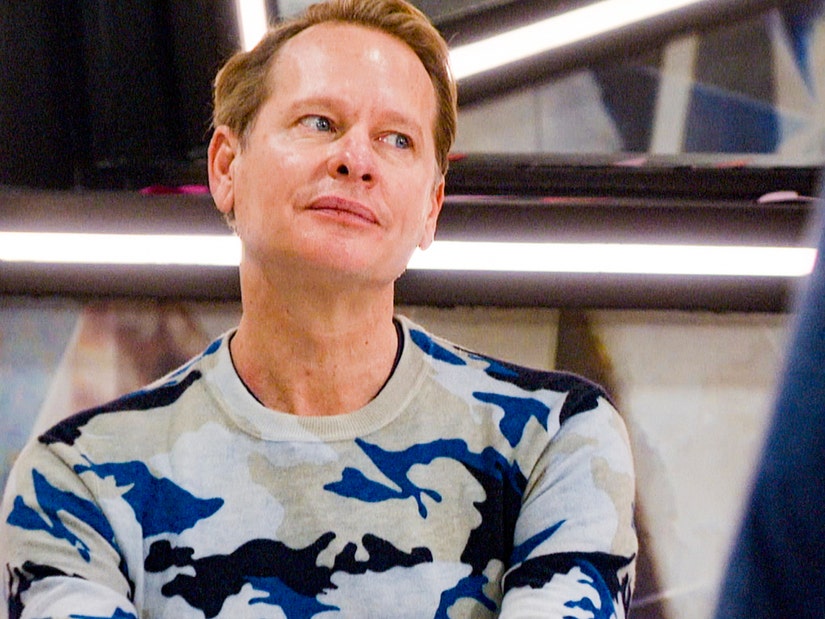 Kressley admits he owes Shanna "a million apologies" after making "the worst decision ever" -- and says "jury management is gonna be a disaster" for Hall.

Everyone goes into "Celebrity Big Brother" expecting the unexpected, but Carson Kressley didn't expect longtime colleague Todrick Hall to play the game as hard as he has been.

Staying on the show was an uphill battle for Carson from the jump, as he had positive, prior connections to nearly everyone in the house and played an excellent social game that easily made him the most likable Houseguest. Miesha Tate and Todrick noticed that shortly into the season, leading to him winding up on the chopping block multiple times ahead of his eviction on Friday night.

While nearly everyone in the house loves him, viewers were beyond frustrated when he and ally Cynthia Bailey started listening to exaggerated accounts from Todrick and Miesha -- who told the two that their other alliance member Shanna Moakler was actually a double agent leaking all their intel. Though Shanna did work with Miesha and Todrick early in the game, she and Chris Kirkpatrick switched sides, working with Carson and Cynthia and even taking Kressley off the block. But her actions were no match for Hall and Tate's words and Shanna was voted out on Monday night.

Speaking with TooFab following his eviction, Kressley's eyes were clearly open -- albeit a little too late -- to what Todrick and Miesha had orchestrated behind their backs. He said their actions were "infuriating and disappointing," after going into the house expecting a "certain level of sportsmanlike" behavior from the cast. He also expressed major regret for how he and Bailey treated Moakler -- admitting he owed her a "million apologies" -- before revealing who he thinks could win it all.

Spoiler alert: It's not Todrick -- with Carson saying "jury management is gonna be a disaster for" him come finale night, should he make it that far. 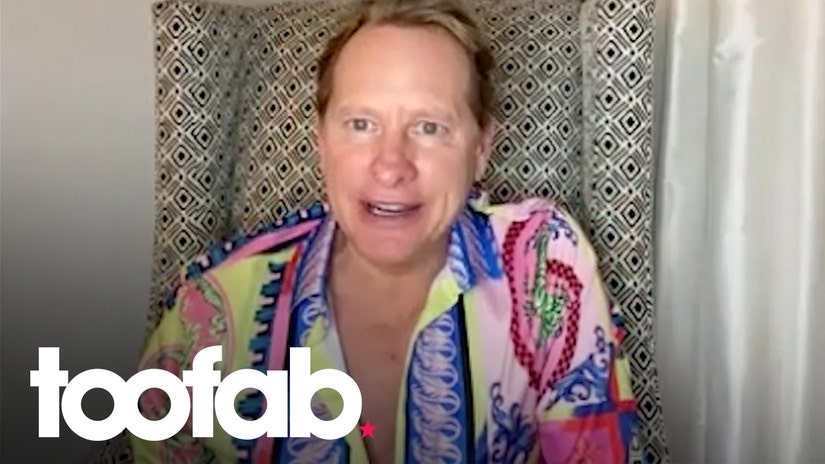 A lot of viewers felt you made the wrong choice putting up Shanna and siding with Todrick and Miesha, after Todrick wildly exaggerated how much Shanna was working with them. Have you been filled in on what really went down now and, seeing how they both voted you out and were thrilled Todd put you up for elimination in the first place, how do you feel about that whole situation now?

You know, you're in such a bubble in there and your field of vision is so narrow that you don't know what's going on for real and you have to trust people and we trusted the absolute wrong people after a very solid performance that they gave. And you know, looking back, it doesn't make any sense. And then of course seeing what they were doing, it's infuriating and disappointing because I had known Todrick outside of this for a long time working on other shows and I just felt like he wouldn't have tried to do us that hard, but he did and we listened and Shanna paid the price and that was my fault.

And we were so stupid and I feel awful for Shanna and I would apologize to her 1 million times. That's the one thing I regret about the show and I have run over in my head a million times. Like I wish I just hadn't taken the bait and the momentum from the house and had done what I'd done because I probably wouldn't be sitting here and Shanna wouldn't be sitting where she is.

Was there any time you considered that them throwing Shanna under the bus was just gameplay? It seemed Shanna couldn't do anything to convince you that was happening. Is that the only move you would change about your game?

Well, as far as gameplay, I mean, I think when they had mentioned kernel that she was trying to be in a final four with them with Christopher Kirkpatrick it all kind of made sense. And we were just like, "Yes, that must be it. And, oh my gosh, we were sleeping with the enemy literally in the same room. And we should, you know, it's safer to go with the devil that we know than somebody we thought has been, you know, two-timing us." But that was all made up and we should have listened to Shanna. Absolutely.

You mentioned that you would apologize to Shanna. I know it hasn't even been 24 hours yet, but have you talked to her yet?

No, I have not yet talked to her.

What would you want to say to her at this time?

I mean, I would say I made the worst decision ever. I listened to the wrong people who were obviously trying to mislead both Cynthia and me to get the whole house behind evicting her. And I would take responsibility for that. And I would say it was the worst decision ever, and I would offer her a million apologies and that's really all I can do. And I wouldn't expect that she would forgive, but I would obviously want to offer the apology because it did not work out like it should have for her.

You mentioned that you had known Todrick before the show. How much do you think knowing a number of the cast before going into the house had an effect on your game, for better or worse? Do you think it made you trust some people you maybe shouldn't have and vice-versa?

Yeah. I've done a lot of celebrity competition shows and I did not know that much about "Big Brother," so shame on me for not preparing, but I just assumed that there would be a certain level of sportsmanlike behavior because it's a celebrity edition. It's not supposed to be so cutthroat. We all work in the same industry. We all have brands. We all want to continue working. There should be a little bit of grace in this version of the game. And I was naive to think that because that wasn't the case. And although Cynthia and I came in saying -- and I think also Teddi [Mellencamp] said this -- you know, 'We don't wanna win this game at any or all costs. We wanna play a fair game, an honest game, and may the best person win.' But that's not how anybody else was playing it, unfortunately.

Once you had a sense that you were going home, did you and Cynthia come up with a game plan for how she can move forward, or do you think she's pretty much doomed at this point?

You know, there was one really telling moment -- and I don't know if it appeared in the show but I'm sure it's on the live feeds -- where after we had broached a possible final four -- including Miesha, Todrick, Cynthia, and myself -- saying that, you know, again, "Why not play with people who have integrity, people that you know what you're getting instead of wild cards?" They said they were gonna think about it, but Todrick came back actually quite quickly and said, "Oh, Cynthia, you know, if Carson leaves you're gonna need somebody, I would love to work with you. And maybe, you know, we can bring you along to the final three." And I was just like, "Wait a minute, I'm still here, hello! You haven't said what you're doing yet. You could still honor your earlier agreement to kind of look out for each other."

So I thought that was very telling. And then after he left, I just said to Cynthia, like, "These are people that have been trying to get rid of both of us over and over. And now he's trying to make a deal with you and I'm still here." And that doesn't bode well, I think that's some tricky water to navigate. So I think when I left, she had decided firmly that she was going to work with Todd and Lamar. And I think that's a safer bet. And I would love to see Cynthia in the final two and a win for her is a win for me. And it would be just wonderful. 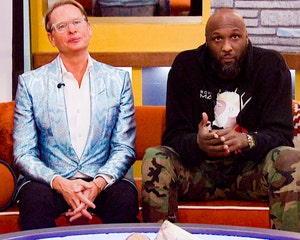 Celebrity Big Brother Blowout: Carson Tries His Own Hail Mary to Save Himself from Eviction

Who do you think will win and how do you think the remaining Houseguests are doing when it comes to jury management?

Jury management is gonna be a disaster for Todrick because it sounds -- I haven't seen it -- but it sounds like he said disparaging things about everybody and just played in a very, very aggressive way. And I think that if he and Miesha are at the final two, I think people are going to -- even if they don't like Miesha -- they're probably still gonna vote for her over Todrick at this point.

But you, of course, would like to see Cynthia possibly [win].

You never know, expect the unexpected. Crazier things have happened, but it's not looking good kids.

Did anyone's gameplay surprise you and/or change how you feel about them outside of the game?

Yeah. You know, I will say I was very disappointed with Todrick because like I said, I just thought there'd be a little bit of -- I know it's a game, I know you're supposed to do anything, but he was a little more cutthroat than I think he needed to be.

Someone else who surprised me is actually Todd Bridges. He was very under the radar from the beginning, but apparently had a deal with Miesha from the beginning. And again, I haven't seen all of these details, but he kind of had an awakening middle of the show. One, an HOH, hung up on that wall with me for a long time, almost won a Veto competition in finding the Veto guy who was jumping around in the different limos and yachts. So he has really come alive and is like a phoenix rising. And I think that may have been game strategy all along to pretend like you're not even really that into it. And then come out swinging later in the game, which will now get him in trouble with Miesha.

You said you'd be willing to come back. Did you mean it? Now that you understand the game better having lived through it, anything you would do differently if you did get to go back?

Yeah. You know, if I did go back, it would be a totally different game. I learned so much. And like I said, I was not prepared and I would just keep things much closer to the vest. And I think that's how you have to play it. But, you know, I was in there saying, "I know this person and that person, and we're great friends and blah, blah, blah." Turns out, some of the people I thought were great friends were the least great friends and the ones I should have trusted that I didn't know as well were the better friends. It was like the friends in the real world weren't friends in the fake world, but the friends in the fake world were the real friends, if that makes sense.