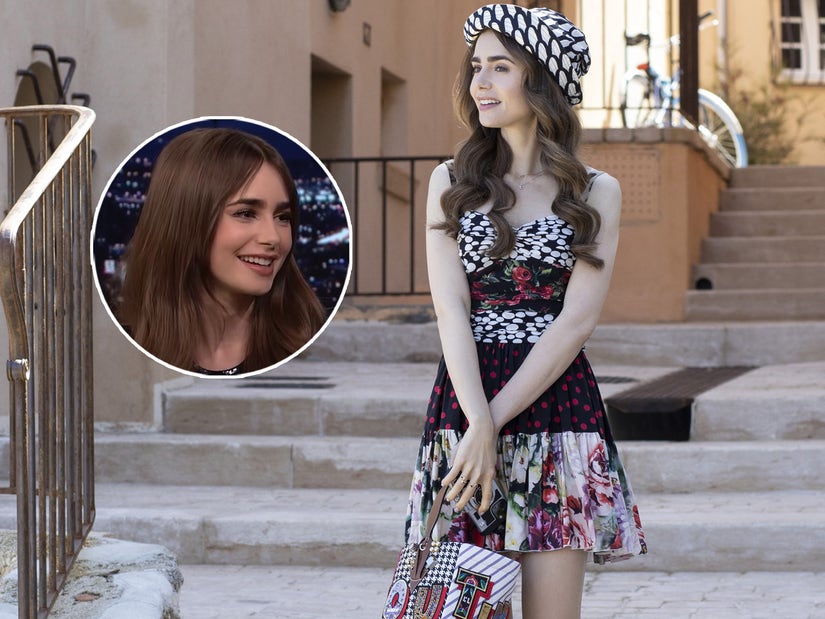 It's safe to say the cobblestones of Paris weren't friendly to the actress.

For Lily Collins, playing Emily in "Emily in Paris" was quite "painful."

During an appearance on "The Tonight Show Starring Jimmy Fallon," the actress revealed that she had to visit a doctor weekly while filming "Emily in Paris" due to her character's now-infamous wardrobe, specifically Emily's choice of uncomfortable footwear.

"Honestly, I would go all over the world with it, if I could," Collins, 33, said after Fallon mentioned that fans are petitioning to see Emily visit other cities. "But the one thing is, like, I just want to go to streets where you can wear flats -- because wearing heels, I mean, you wouldn't think how painful that can be in Paris."

"I actually literally went to a podiatrist every week to fix my feet because I was wearing heels all the time," she revealed, to which Fallon replied, "Because it's like cobblestones everywhere."

"Everywhere, everywhere," she agreed, adding, "I had to have, like, insoles made for every pair of shoes. I'm not kidding!"

After Fallon jokingly said that there should be a season in which Collins' character "just has to wear sneakers," Collins came back with an even better option: "Emily in Flats."

Season 2 of "Emily in Paris" premiered in December. Less than a month later, the series was renewed for both Season 3 and Season 4.

Collins reacted to the news on Instagram at the time. Alongside photos of herself posing in an "Emily in Paris" t-shirt, above, she wrote, "Woke up early to give you some VERY exciting news… @emilyinparis is back for Season 3… AND wait for it, Season 4!!!!! I can't tell if Emily would love or hate this announcement outfit but she'd be screaming either way. Truly love you all, thanks so much for the incredible support. Seriously cannot wait for more. Merci Beaucoup!!…"

Meanwhile, Collins appeared on "The Tonight Show" to promote her latest film, "Windfall," which is directed by her husband Charlie McDowell.

The couple tied the knot in September 2021 in Dunton Hot Springs, Colorado. Collins is the daughter of musician Phil Collins, while McDowell's parents are Mary Steenburgen and Malcolm McDowell.