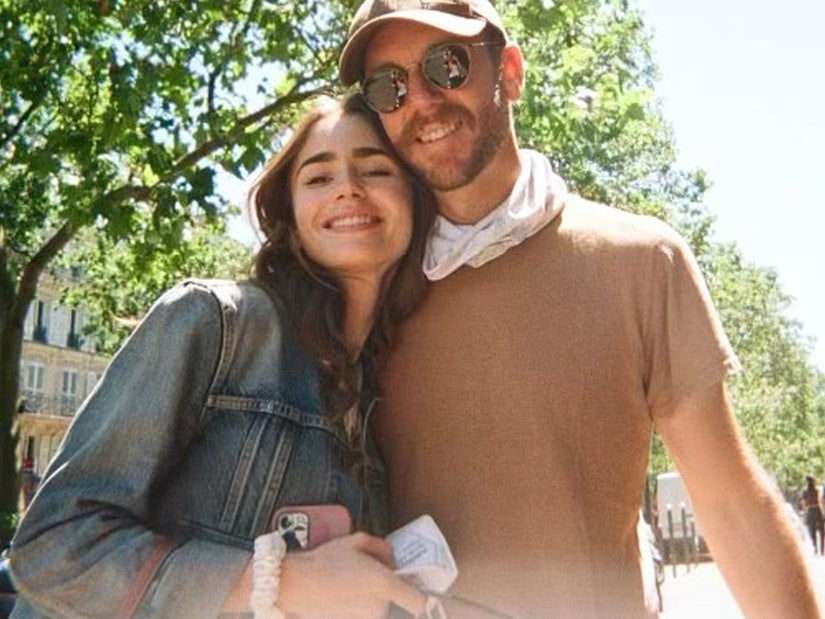 The Hollywood royalty couple got hitched in Colorado after a year-long engagement.

Congratulations are in order for Lily Collins and Charlie McDowell!

Taking to her Instagram on Tuesday, the "Emily in Paris" actress announced she married the director alongside a gorgeous photo of the pair sharing a kiss at the ceremony in Dunton Hot Springs, Colorado.

"I've never wanted to be someone’s someone more than I do yours, and now I get to be your wife," she wrote. "On September 4th, 2021 we officially became each other's forever. I love you beyond @charliemcdowell…⁣"

"Never been happier," she captioned another shot of the couple before following it up with a pic of the two posing near a waterfall, writing, "What started as a fairytale, is now my forever reality."

"Ill never be able to properly describe how otherworldly this past weekend was, but magical is a pretty good place to start…"

On his own IG, Charlie posted the same snaps with the caption, "I married the most generous, thoughtful, and beautiful person I've ever known. I love you @lilyjcollins."

Meanwhile, actress Mary Steenburgen, who shares Charlie with her ex-husband, actor Malcolm McDowell, posted a beautiful pic of herself with the groom, captioning it, "Most glorious weekend ever."

However, when she went to repost one of the pics put up by Charlie and her new daughter-in-law, the Oscar winner happened to make a rookie mistake, which Charlie hilariously called out.

"Mom, next time I get married just ask for the photo instead of posting a screenshot with the tags showing," he wrote in the comments. "Also I love you."

Back in September 2020, Lily -- the daughter of musician Phil Collins -- announced the pair were engaged as she showed off her rose-colored sparkler. In another shot, Charlie can be seen on his knees proposing to the star.