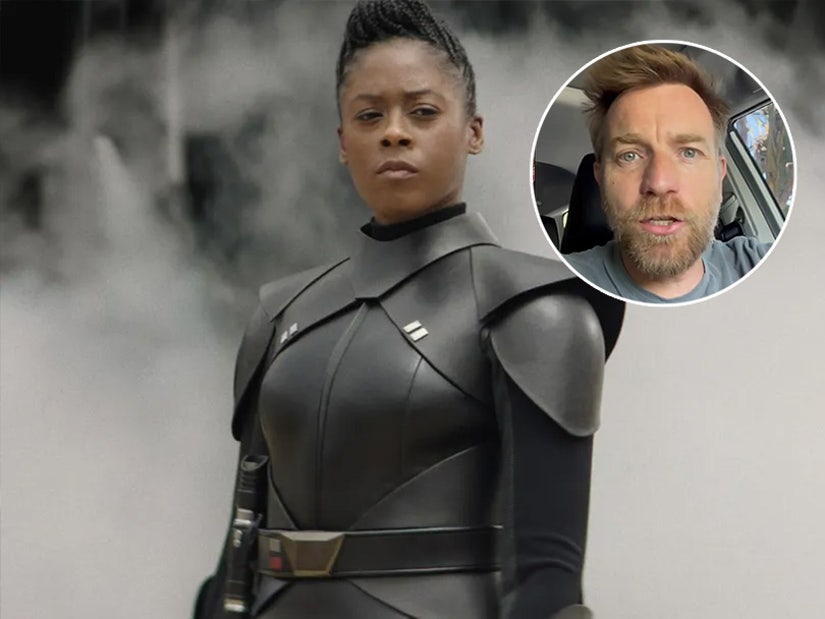 "if you're sending her bullying messages, you're no 'Star Wars' fan in my mind. There's no place for racism in this world," says McGregor.

Ewan McGregor, star and executive producer of "Obi-Wan Kenobi," took to the "Star Wars" Instagram page on Tuesday night with a scathing response to racist messages sent directly to new franchise star Moses Ingram, who debuted on the series this past week.

He took aim at the trolls directly, telling them, "if you’re sending her bullying messages, you’re no ‘Star Wars’ fan in my mind. There’s no place for racism in this world."

Fellow "Obi-Wan Kenobi" star Kumail Nanjiani echoed McGregor's support with a tweet praising Ingram. And the love didn't stop there. She got some love from "Mandalorian" star Pedro Pascal and even even some cross-franchise support, as Anson Mount -- Captain Pike of "Star Trek: Strange New Worlds" -- reached across the fandom aisle in solidarity. You can check those messages below:

Moses Ingram is a phenomenal person and actor and I am excited about the decades of amazing work she has ahead of her.

Fans and the official Star Wars Twitter account are rallying behind "Obi-Wan Kenobi" star Moses Ingram, after the actress has become the target of some truly racist commentary.

After making her debut on the show's first two episodes as villainous Inquisitor Reva last week, Ingram revealed on Monday that she's received "hundreds" of racist and hateful messages since the premiere -- and proceeded to show some of them in her Instagram Story.

"[Your] days are numbered," read one. "You suck loser. You're a diversity hire and you won't be loved or remembered for this acting role," read another, while a third said, "You have now been converted into the Saint George of Floydium of Star Wars, are you happy?" 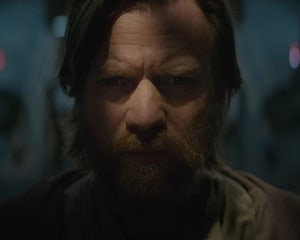 Saying she questioned why she was even sharing her experience, Ingram added that what "bothers" her is feeling like she has to "just gotta shut up and take it" or "grin and bear it." She also said this wasn't an expectation put on her by anyone, adding, "I'm not built like that."

"I really just wanted to come on and say thank you to the people who show up for me in the comments and the places I'm not going to put myself and to the rest of y'all, y'all weird," she concluded.

As her name continued to trend on Twitter into Tuesday, the official Star Wars account defended Ingram.

"We are proud to welcome Moses Ingram to the Star Wars family and excited for Reva's story to unfold. If anyone intends to make her feel in any way unwelcome, we have only one thing to say: we resist," read the account's tweet. In a second message, they added, "There are more than 20 million sentient species in the Star Wars galaxy, don't choose to be a racist."

There are more than 20 million sentient species in the Star Wars galaxy, don’t choose to be a racist.

The message came after the account also took a stance against hate thrown at Billie Lourd -- the daughter of the late Carrie Fisher -- and Kelly Marie Tran, who was the subject of racist commentary as well when "The Last Jedi" dropped.

The account was promoting the duo's appearance at Star Wars Celebration over the weekend when one follower responded saying, "Respectfully no one likes either of them." The social media manager responded by pointing out how they had been ratioed with their comment and were taking the "L" with their opinion. 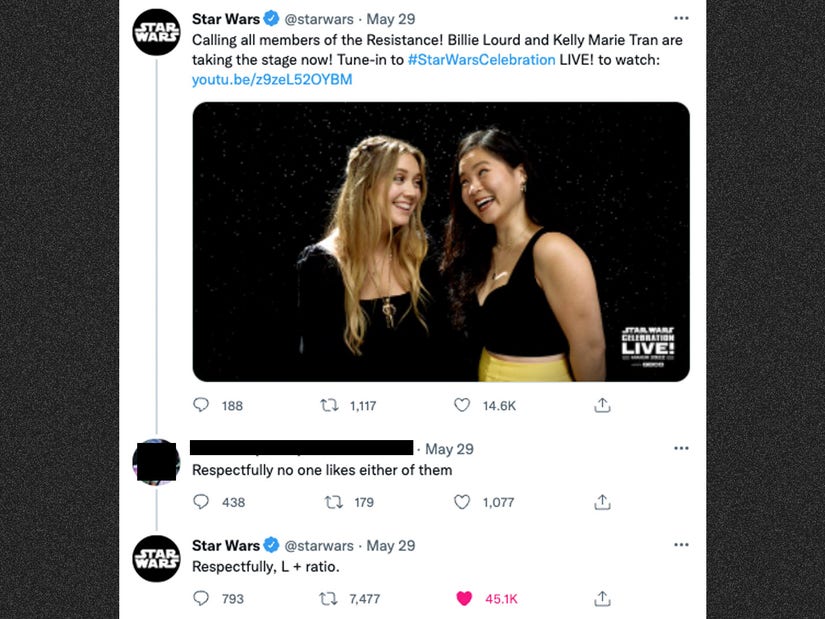