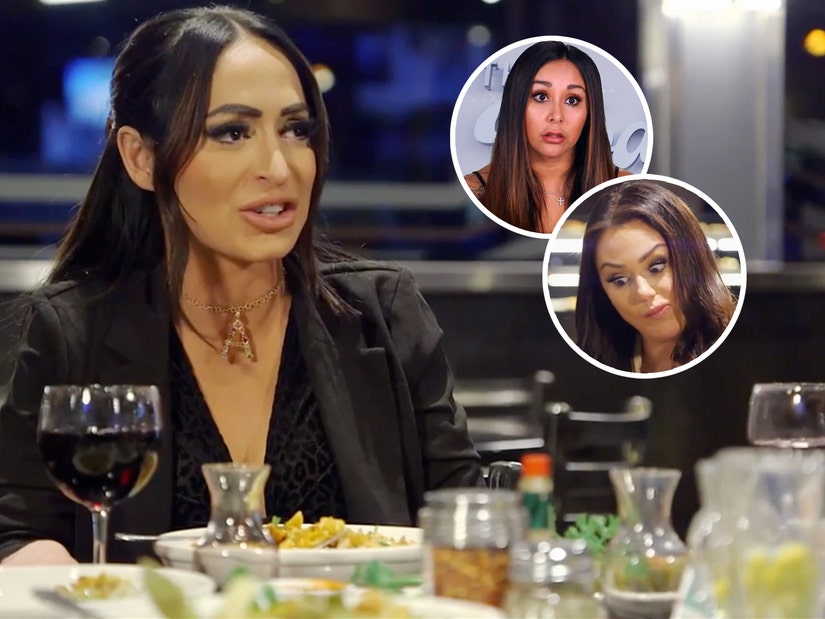 "This guy's a freak," exclaimed Snooki after Angelina made this wild claim.

Nicole "Snooki" Polizzi and Jenni "JWoww" Farley had a lot of catching up to do when it comes to Angelina Pivarnick's very complicated love life.

In this sneak peek clip at tonight's new episode of "Jersey Shore Family Vacation," Angelina fills in her two costars on her marriage breakdown with Chris Larangeira and subsequent maybe-hookup with "All Star Shore" costar Luis "Potro" Caballero, who she spent New Year's Eve with after filming the Paramount+ reality series.

The trio grabbed dinner with Deena Nicole Cortese, who had already heard all of this from Angelina, at length, during last week's episode. "We're gonna go through this whole thing again?" she exclaimed, as Pivarnick dove right in.

"I would literally walk around the house in my underwear ... he'd be back on his phone," she said of her marriage to Chris. "Then, on our two year wedding anniversary, knowing I'm going to Spain, he's like, 'You're really gonna go? I hope you f---ing die in a plane crash.'"

"The fact Chris was like, 'I hope you die in a plane crash,' knowing that Angelina's gonna fly, it's f---ed up," a shocked Snooki said in a confessional, before Pivarnick soldiered on.

"It's very nice to open up about everything that's transpired between Chris and I. I'm so sick and tired of not having that physical connection," she told them. "Unless we're like 80, what is the point of being f---ing married. Trying to jump on him, get my f---ing titties out."

As Deena kept trying to keep Angelina on track, Pivarnick shared that she was "so nervous" to go to Spain to film "All Star Shore," where she met Luis. 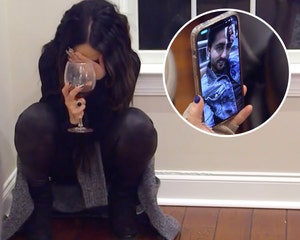 "We just started talking. He was very cuddly with me, kissed my forehead and then I found out later on that's like a f---ing thing in Mexico, everyone does it to each other," she explained.

Telling the girls she wasn't going to sit at home "like a lump on the log anymore" on New Year's, she decided to head to Mexico with Luis and his friends to celebrate. "So you're like, 'I'm gonna go to Mexico and suck some d---,'" joked Jenni, before Angelina claimed that when she got there, Luis surprised her with a sex toy. 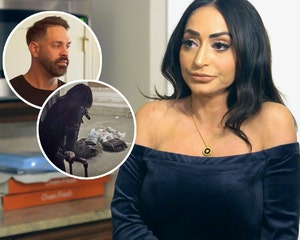