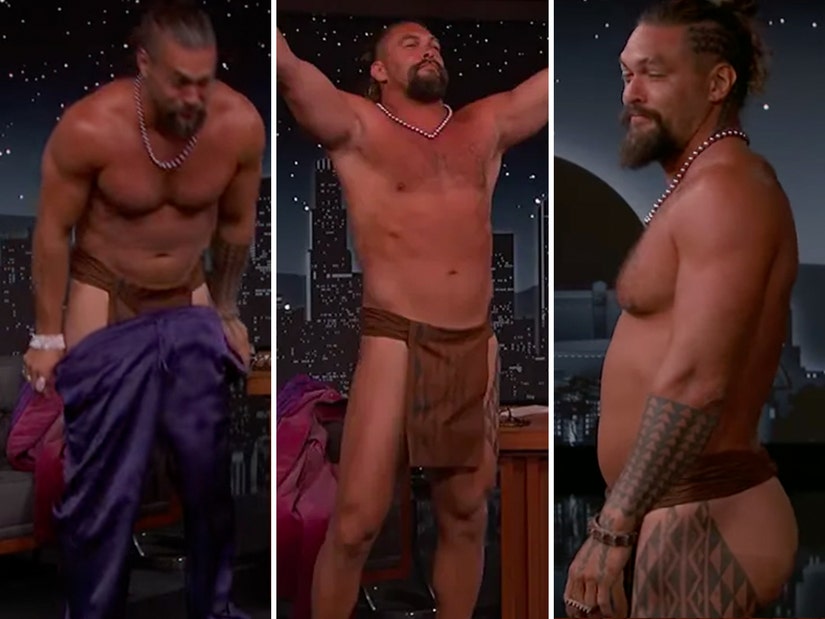 The "Slumberland" star explains why he was in the traditional Hawaiian garb in the first place, before recreating the look for Kimmel's shocked audience.

Jason Momoa was all about the fan service when he appeared on "Jimmy Kimmel Live." First, he arrived in costume for his upcoming film based on the classic newspaper strip, "Slumberland."

But later, he really gave fans what they want, while keeping it traditional Hawaiian. He also explained why he was wearing a traditional malo in that viral fishing photo that broke the internet. 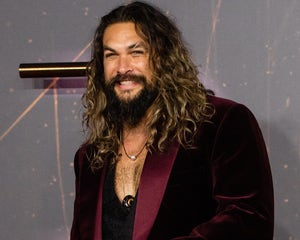 The "Aquaman" star came out with a Guinness in his silk garb as the magical character Flip from the latest adaptation of Winsor McCay's early 20th century adventures of "Little Nemo," and he was sporting new ink, as well.

As with the malo, Momoa explained to Kimmel that the tattoo is traditional to his Hawaiian culture. Running across the side of his head and down his neck, he said that it represents protection for his family. He even got it done the traditional way, which he described as "extremely painful; I definitely met my ancestors."

From there, Kimmel couldn't resist bringing up one of the photographs of Momoa fishing in the traditional malo, pointing out that he noticed no one else on the boat was dressed this way.

Momoa explained that he was doing that for two reasons. He is "a creator, writer, director, producer and actor on this Apple series called 'Chief of War,'" which takes place in the 1789s and 1790s in Hawaii. He explained that the traditional malo is what he wears every day for that project. 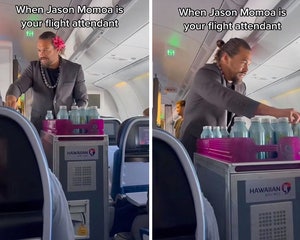 "I was just getting ready for the role because I like to get into character," he told the late-night host. "And so I was tanning my white ass."

When Kimmel asked him if it was actually comfortable, Momoa shared that it's so comfortable he'd actually prefer to wear that over clothing any time. Or, in the case of his appearance Wednesday night, under clothing.

Kimmel jokingly asked him if he was wearing it right now underneath his Flip garb, and he shot back, "Of course." When Kimmel started asking about the material, Momoa decided it was probably better to show than tell.

We're not sure if it was a bit, but whether it was planned or not, Kimmel was still clearly not prepared for the full display, as Momoa stripped down to the malo, and even did a little turn for the audience, flexing his cheeks for Kimmel. 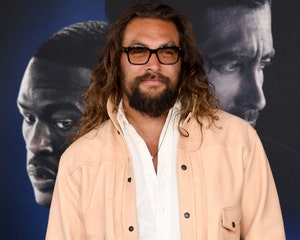 "Let me tell you, I've never felt more like Danny DeVito than I do right now," Kimmel quipped as Momoa redressed before talking about his work on the film and his association with the charity "Be the Match," which helps connect donors with those in need of bone marrow transplants.

"I'm really glad you have your clothes on while you're talking about this," Kimmel told him.

"Me too!" Momoa replied.

"'Cause you don't want to swap the wrong cheek, you know what I'm saying?"