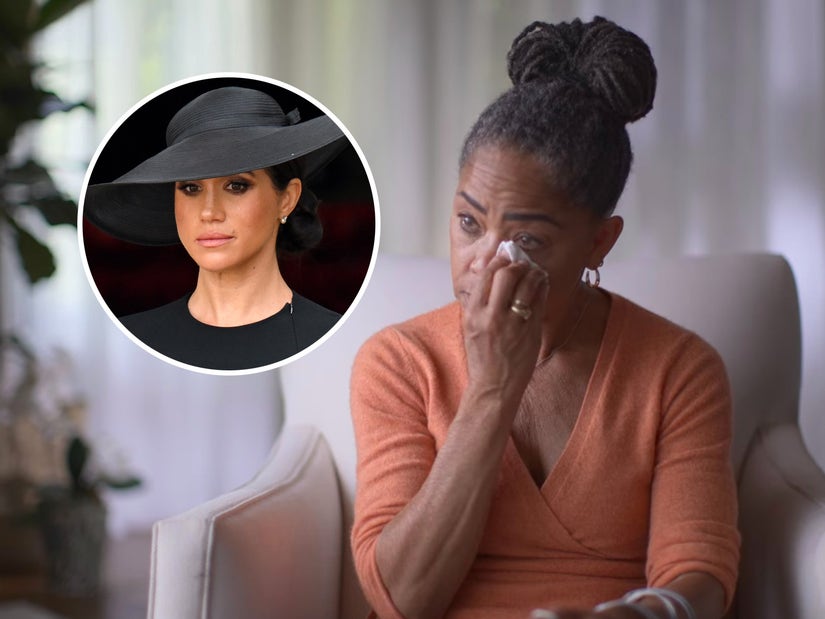 "That's not an easy one for a mom to hear," she said through tears.

Meghan Markle's mother, Doria Ragland, is taking a look back at the heartbreaking moment when she first learned her daughter was experiencing suicidal thoughts.

In Episode 4 of Prince Harry and Meghan's Netflix series, "Harry & Meghan," which dropped on Thursday, Doria became emotional as she opened up about Meghan's previous battles with her mental health.

During a dark time a few years ago, Meghan struggled with royal life as she faced constant scrutiny from the British media. And, at one point, she contemplated suicide. 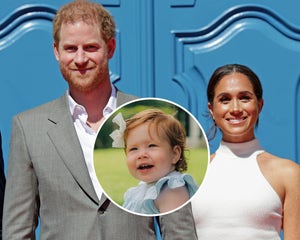 "I remember her telling me that. That she had wanted to take her own life," said Ragland, 66. "And that really broke my heart because I knew, well, I knew that it was bad, but to just constantly be picked at by these vultures, just picking away at her spirit. That she would actually think of not wanting to be here."

"That's not an easy one for a mom to hear," she added, starting to cry. "And I can't protect her."

Prince Harry said he was "devastated" when he learned that his wife was experiencing suicidal thoughts.

"I didn’t deal with it particularly well," he continued, adding that he "dealt with it as institutional Harry" rather than "husband Harry."

Looking back, Prince Harry admitted that he "hate[s] himself for it," noting that "what she needed from me was so much more than I was able to give."

Meanwhile, Meghan said she "wanted to go somewhere to get help," but she "wasn't allowed" to. "They were concerned about how that would look for the institution," she claimed, to which Prince Harry added, "They knew how bad it was. They thought, 'Why couldn't she just deal with it?' As if to say, 'Well, you know, everybody else has dealt with it. Why can't she deal with it?'"

The Duchess of Sussex first spoke out about struggling with suicidal thoughts during her and Prince Harry's tell-all interview with Oprah Winfrey in March 2021.

Meghan and Prince Harry revealed in January 2020 that they'd be stepping back from royal duties. However, their decision to start distancing themselves from the rigors of royal life came when Meghan said she reached her lowest point, actually contemplating suicide approximately a year before they made their announcement.

"I just didn't want to be alive anymore," she recalled. "I knew that if I didn’t say it that I would do it. And that was a very clear and real and frightening constant thought.”

The former actress remembered telling Prince Harry where she was on the same day they had a public event to go to, and him trying to insist she was in no condition to go. Meghan -- who was pregnant with the couple's first child, Archie, said she told him, "I can't be left alone." 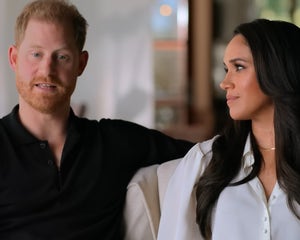 "If you zoom in [on the photo from the event], you can see how tightly his knuckles are gripped around mine," Meghan told Oprah, "You can see the whites of our knuckles, because we are smiling and doing our job, but we’re both just trying to hold on."

The official synopsis for the series, per Netflix, reads:

"In an unprecedented and in-depth documentary series, The Duke and Duchess of Sussex share the other side of their high-profile love story. Across six episodes, the series explores the clandestine days of their early courtship and the challenges that led to them feeling forced to step back from their full-time roles in the institution. With commentary from friends and family, most of whom have never spoken publicly before about what they witnessed, and historians who discuss the state of the British Commonwealth today and the royal family’s relationship with the press, the series does more than illuminate one couple’s love story, it paints a picture of our world and how we treat each other. From the critically-acclaimed, two-time Academy Award-nominated and Emmy-winning director Liz Garbus, Harry & Meghan is a never-before-seen look at one of the most-discussed couples in history." 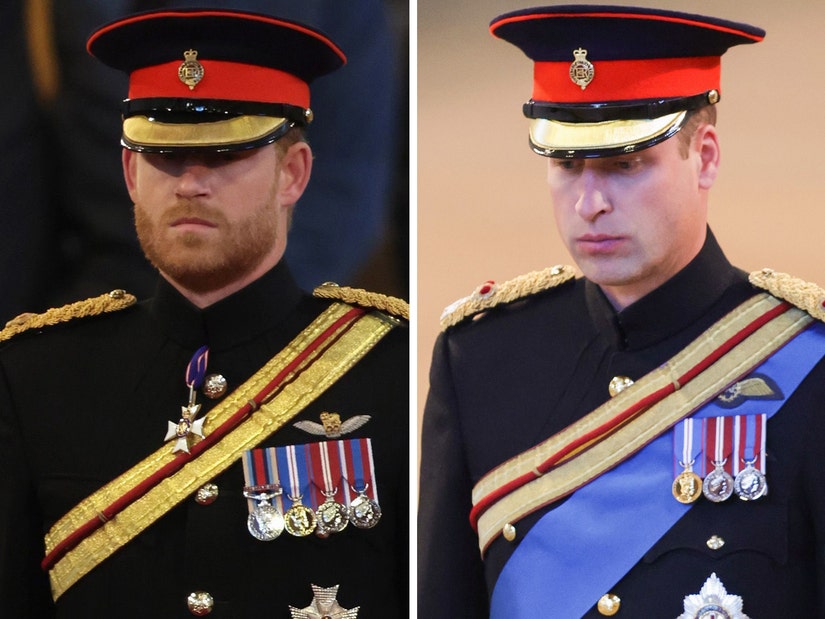