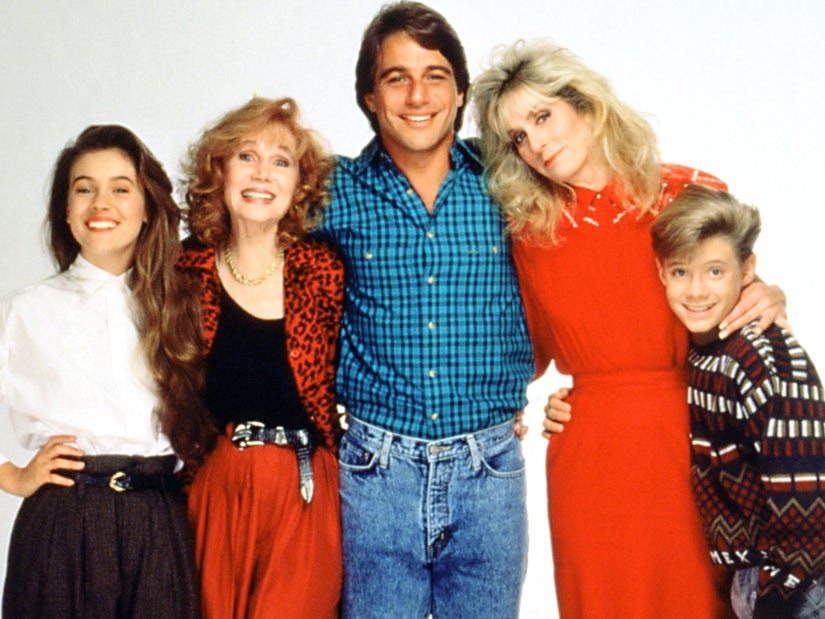 "She was like, 'Get out of here!' and slammed the door in my face," said the actor, who starred as Jonathan, opposite Milano's Samantha.

"Who's the Boss" alum Danny Pintauro is opening up about his relationship with his former co-star, Alyssa Milano.

While appearing on Wednesday's episode of Danny Yontef's podcast, "Behind the Velvet Rope," Pintauro reflected on his experience starring on "Who's the Boss," sharing that he had "iffy moments" with Milano during their time on the series. 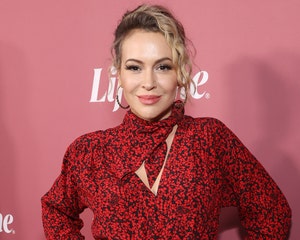 "It couldn't have been a better experience. For all of those years, we really did come together as a family," said Pintauro, 46.

"We [did] Christmas gifts. I got Judith Light 'Merry Christmas, Mom' stuff, and I [got] Katherine Helmond grandma stuff," he continued, referencing Helmond, who played Angela's sharped-tongued mother, Mona. Helmond passed away in February 2019.

Pintauro then recalled his dynamic with Milano, alluding that they had a brother-sister relationship on and off screen.

"I loved being there, but Alyssa and I had iffy moments -- but that was really because she was [a] teenager, and I was [the] younger brother," he explained. "She was like, 'Get out of here!’ and slammed the door in my face. ... [There was] no malice to it -- just older sister/younger brother things."

Pintauro went on to say because they "weren't able to create a relationship while filming," Milano was the cast member he "talked to the very least for at least 10 years" after "Who's the Boss" ended in 1992.

While he said he and his co-star "never developed that sort of bond," things changed after he publicly revealed in 2015 that he was HIV positive.

Milano learned the news for the first time while guest-hosting an episode of "The Talk" at the time. She broke down in tears while discussing Pintauro's diagnosis.

"[She] was totally caught off guard," Pintauro recalled to Yontef. "She [had] a bit of a teary moment."

He added, "Right after that episode, I got a text from her, and our relationship since that moment has developed a lot [more.]"

In August 2020, it was announced that a sequel series is in development, with Milano and Danza attached.

"I AM SO EXCITED!" Milano captioned an image from the show on her Instagram, below.  "I’ve wanted to share this for so long and now I can! We feel the time is right to tell the story of where these amazing characters are today. Can’t wait to share their stories with you. So happy."

The new series is said to pick up with Milano's Samantha now the single mother, perhaps not so coincidentally living in the same house she grew up in.

While speaking with Entertainment Tonight last month, Milano offered an update on the sequel series, which is set to premiere on Amazon Freevee.

"I was very skeptical about this," she said of her initial reaction to the project. "And then I spoke to Tony... and I got kind of excited. I was like, 'If we could put this together in a way that really stays true to that whole progressive thing that we had in the '80s.... Angela was a single mom raising her kids, owned her own business, divorced, had a promiscuous cougar mother that lived in the backyard talking about hickeys and then she hires a dude to come clean her house. I mean, in the '80s that was huge."

"If we can figure out how to tap into that with today's issues and make it... as progressive -- and I gotta tell you, I read the script. There's a script," she revealed, adding that the script was submitted to Freevee before Thanksgiving. "They are internally talking this week about it. So hopefully we will hear soon."