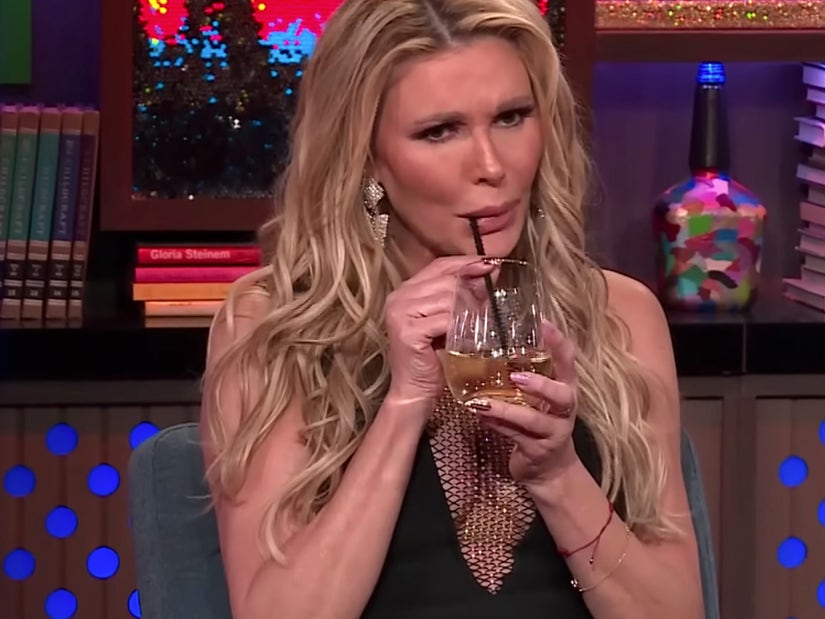 She also chimes in on Kyle Richards' family feud ... and says Jen Shah "should do more time" than 78-month prison sentence.

Brandi Glanville appeared on "Watch What Happens Live" on Wednesday night and once again stirred the pot on all things Housewives.

During her appearance alongside "The Circle" host Michelle Buteau, Andy Cohen first asked a fan question wondering when Brandi last heard from Denise Richards. Brandi, of course, claimed she and Denise hooked up during a particularly explosive season of "Real Housewives of Beverly Hills," claims Richards vehemently denied.

"After she was on Jeff Lewis' radio show, we had a very heated text exchange. Very. That was it," revealed Brandi.

Denise appeared on Jeff Lewis' show back in February 2022, during which she once again said the pair never had a "fling." She also called the situation the "weirdest thing and the weirdest storyline," as Lewis backed up her account.

At the time, Brandi was clearly listening and tweeted out, "Denise Richards is on Jeff Louis‘s radio show lying her ass off right now. We had sex one time it was not a turn on for me I couldn't get into it and it 1,000,000% happened." She also said she'd be willing to take a lie detector test and is "not the only housewife she tried to have sex with."

That conversation, it seems, continued via text after ... though Brandi didn't reveal any additional details.

On the show, Glanville was also asked for her insight into Kyle Richards' family feuds with sisters Kim Richards and Kathy Hilton.

"I feel like, because I'm a middle child, I'm one of three, I get it. There's always going to be a push and pull, it's a difficult thing," said Brandi. "I love Kim, I love Kathy, I love Kyle ... there's always, in my opinion, there can only be one star and there's three stars. That's really what it comes down to."

Later in the show, Glanville was also asked for her take on Jen Shah's 78-month -- roughly 6.5 years -- prison sentence after pleading guilty to one count of conspiracy to commit wire fraud.

"My grandma's birthday is today, she's 95. Grandma Hazel, no it's not fair, she should do more time," said Brandi -- alluding to the fact many of Shah's victims were elderly and working class.

Brandi also said she believes Jen's husband, Coach Shah, "absolutely" knew what she was up to.

Lastly, Andy wanted to know if Brandi would ever return to RHOBH -- and, shocking nobody, she was totally down. "Yes, with a paycheck!" she exclaimed.

Glanville can currently be seen on "The Traitors," which dropped today in full on Peacock.