Erin Andrews says she's got a lot of protection now that she joined the cast of "Dancing with the Stars" ... particularly her dance partner who "isn't going to let anyone near [her.]" 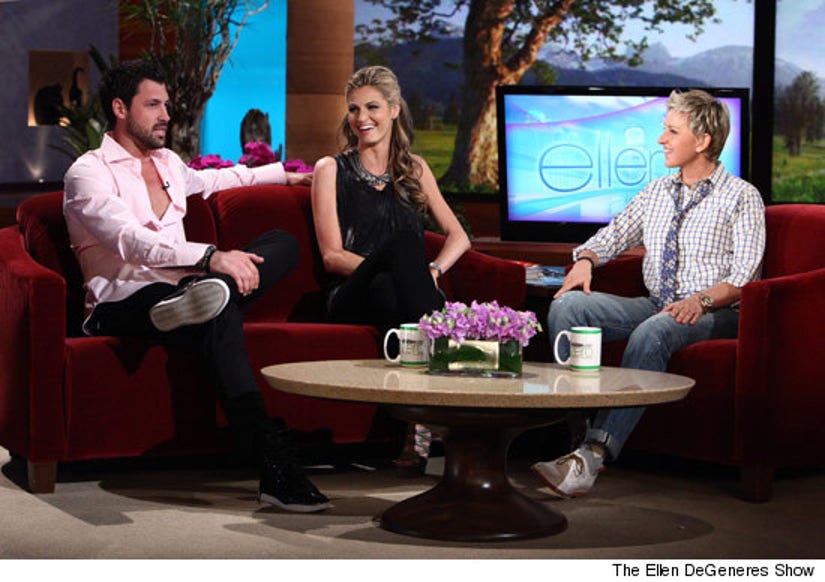 During an interview with Ellen DeGeneres -- airing today -- the ESPN reporter-turned-dancer claims the cast of DWTS has been "a wonderful family" ... including Maksim Chmerkovskiy and Evan Lysacek, who promised to protect Erin from potential stalkers with his skating blades.

As for the reported "hot romance" between Erin and Maks, neither one gave a clear answer ... so it's still anyone's guess.